With the Autumn Statement due on Thursday, new research by Ipsos shows Britons are likely to oppose many potential tax-raising or public spending-cutting policies which could affect all or large portions of society.  Support is higher for policies which target oil and gas companies and higher earners, and to freeze overseas aid.

From a prompted list of potential policies to reduce government debt by raising more money through taxes or reducing public spending, there is most opposition to increasing council tax and VAT. Seven in 10 (70%) are opposed to increasing the amount council tax can rise each year from 2% to at least 5%, including 41% who are strongly opposed, while only 12% support.   Almost two-thirds oppose (64%, 37% strongly) increasing VAT from 20% to 22%, while just 16% support.

Other policies that most Britons are against include: 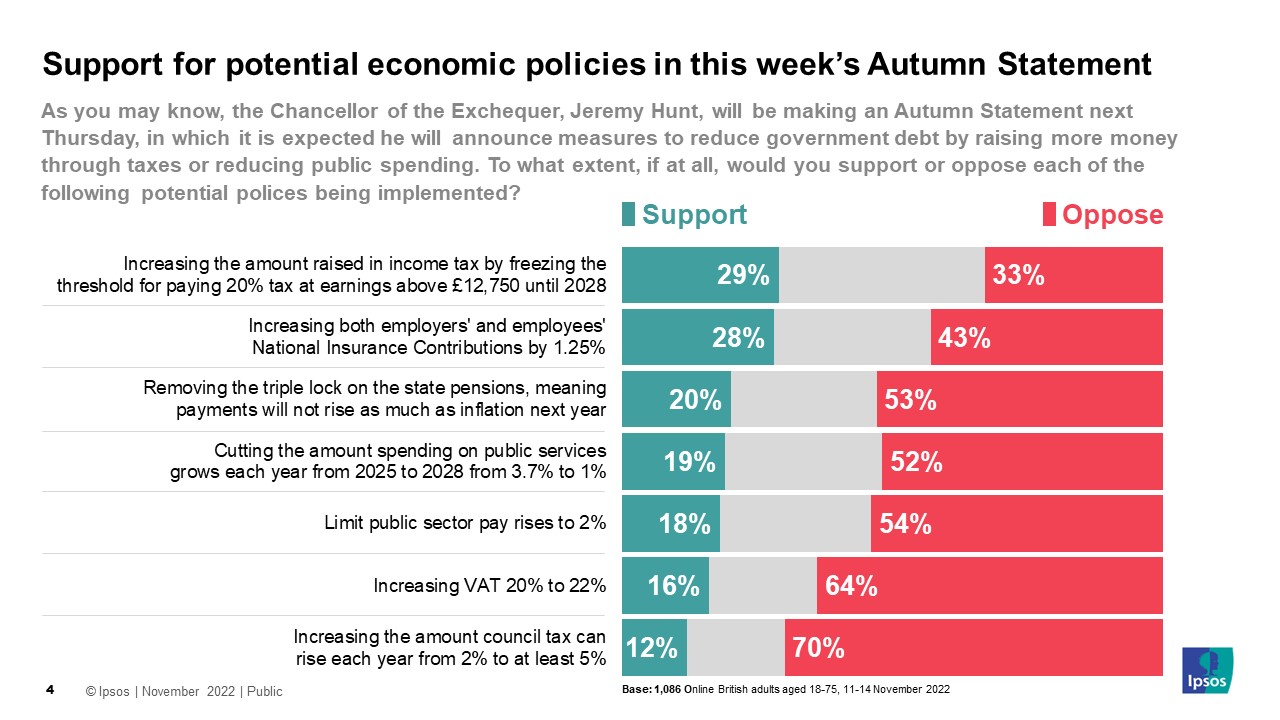 Opinions vary when it comes to potential changes to income and other taxes, with policies focussing on higher earners most popular: 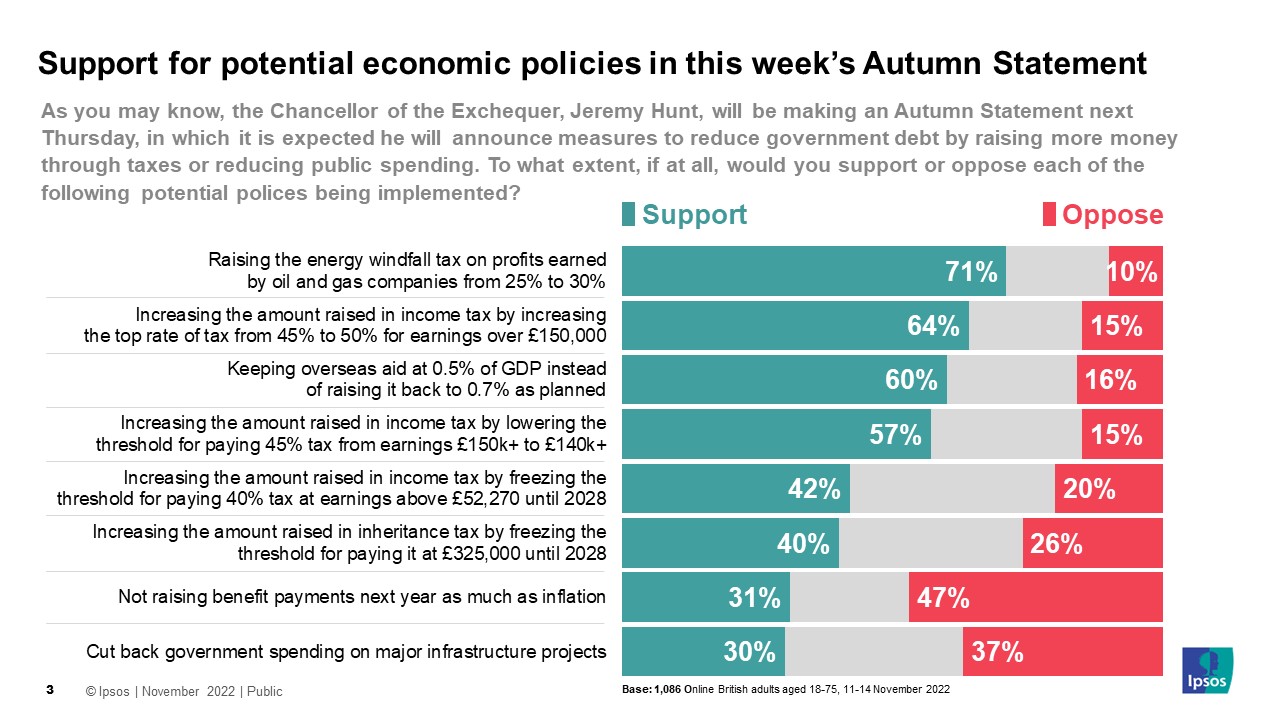 Expectations for the Chancellor of the Exchequer

Opinion is split on how Jeremy Hunt may impact Britain’s economy. Around a third (32%) think he will change it for the worse, while a similar proportion (31%) believe he will make no difference. Just over 1 in 5 (22%) believe he will make it better.  Since October, there has been a slight increase in both those who think he will change Britain’s economy for the better (up 6 pts) and for the worse (up 5), although his scores remain much better than Kwasi Kwarteng’s in September, who 58% thought would have a negative impact on the economy.

Among Conservatives supporters from 2019, almost 4 in 10 (37%) think Jeremy Hunt will improve the economy, while around a third expect him to make no difference (32%) and a quarter say he’ll change it for the worse (23%).

With high levels of concern about the economy, the cost of living, and the state of public services, Jeremy Hunt will be under no illusions about some of the public reaction to the difficult decisions facing him on November 17th. As we have seen in previous research, overseas aid tends to be the public service where Britons are happiest to see cuts, and there is also support for windfall taxes or higher income tax rates for the most well-off.  However, there is much less appetite for broader-based measures, either revenue raising in terms of rises in taxes such as council tax or VAT, or more comprehensive cuts to public services as a whole.  This is the dilemma facing the Chancellor – how to regain confidence in overall perceptions of the Conservatives’ economic policy, but when there is little public consensus for the most painful tax rises or spending cuts.