New Ipsos research finds that 44% of Britons say they are prepared to pay more taxes themselves to fund public services, in the context of COVID-19 requiring high levels of government spending - a net score of +15 percentage points over those who would prefer to make cuts to public service rather than see a rise in their own taxes. 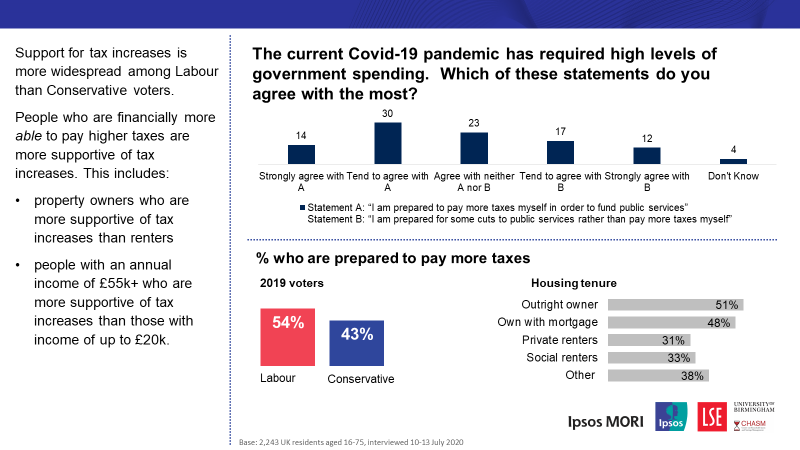 When asked about what kind of tax rise they’d prefer if government raised taxes to fund public service, 41% of Britons’ first choice would be for the introduction of a new wealth/fortune tax, with an increase in VAT the least popular tax rise. Three-quarters of Britons support a wealth tax either as a first, second or third preference. 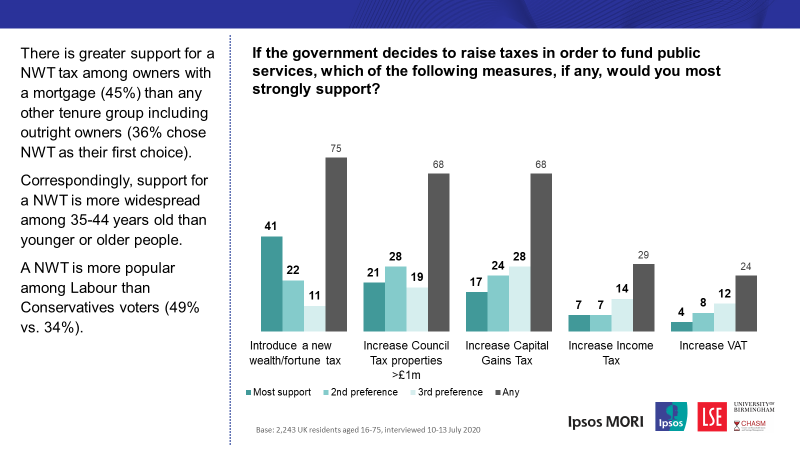 The most popular arguments in favour of a wealth/fortune tax is to close the gap between rich and poor which is too large (36%) and that the rich have got richer in recent years (33%). 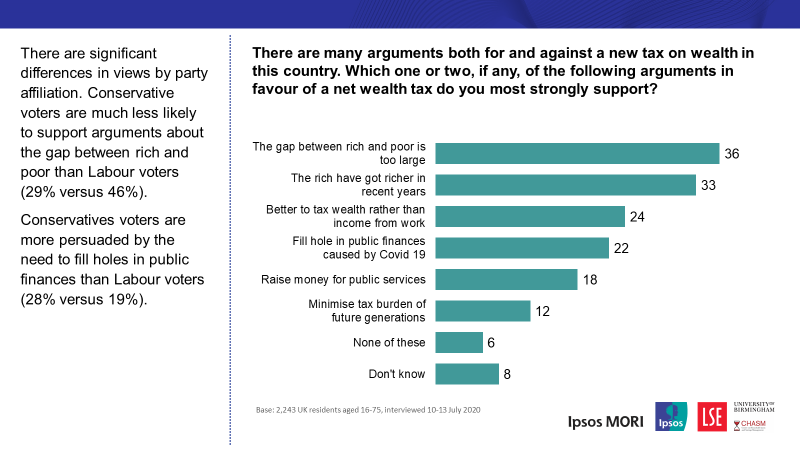 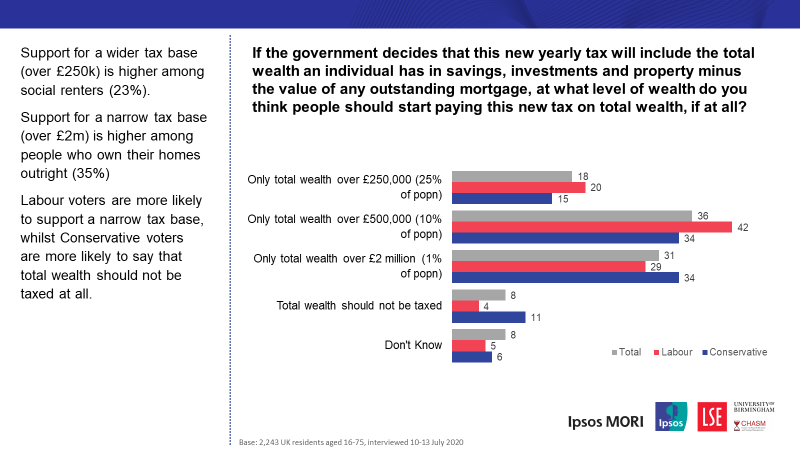 In the current context with the government using the full economic force of the state to combat the economic issues caused by COVID-19, the Treasury will be looking to the nation’s balance sheet. Novel taxes such as a wealth tax clearly do have a degree of popularity and could be used to help prevent cuts to public services which the public does not want to happen.

This research is carried out by Ipsos in partnership with Professor Karen Rowlingson at the Centre on Household Assets and Savings Management, University of Birmingham, and the London School of Economics (LSE).  It is part of the UK Wealth Tax Commission project funded by the Atlantic Fellows for Social and Economic Equity (AFSEE) COVID-19 response fund at the LSE International Inequalities Institute.

Ipsos interviewed a representative sample of 2,243 British adults aged 16-75. Interviews were conducted online from 10th to 13th July 2020; a week after ‘Independence Day’ when pubs, restaurants and hairdressers re-opened following lockdown due to the COVID-19 pandemic. Data are weighted to match the profile of the population. All polls are subject to a wide range of potential sources of error.

The second stage of the research involved four video focus group discussions which took place in August 2020. The composition of the four groups was:

Within each group, at least half were cohabiting or married and at least half had children in the household.  There was also an ethnic and gender mix in the groups overall.