New research by Ipsos shows most Britons expect house prices in their local area will be higher in 12 months’ time, and a similar proportion expect an increase in the average across Britain. Around a quarter expect prices to rise a lot.

Two-thirds (66%) believe average house prices will increase in their local area while 69% say the same for the country’s average. Those in the East of England (76%), South of England (70%), West Midlands (66%) and Scotland (66%) are most likely to expect prices to rise.

Reflecting an expectation that prices will rise, people are more likely to consider the next 12 months to be a good time to sell a property (59%) than buy one (35%). 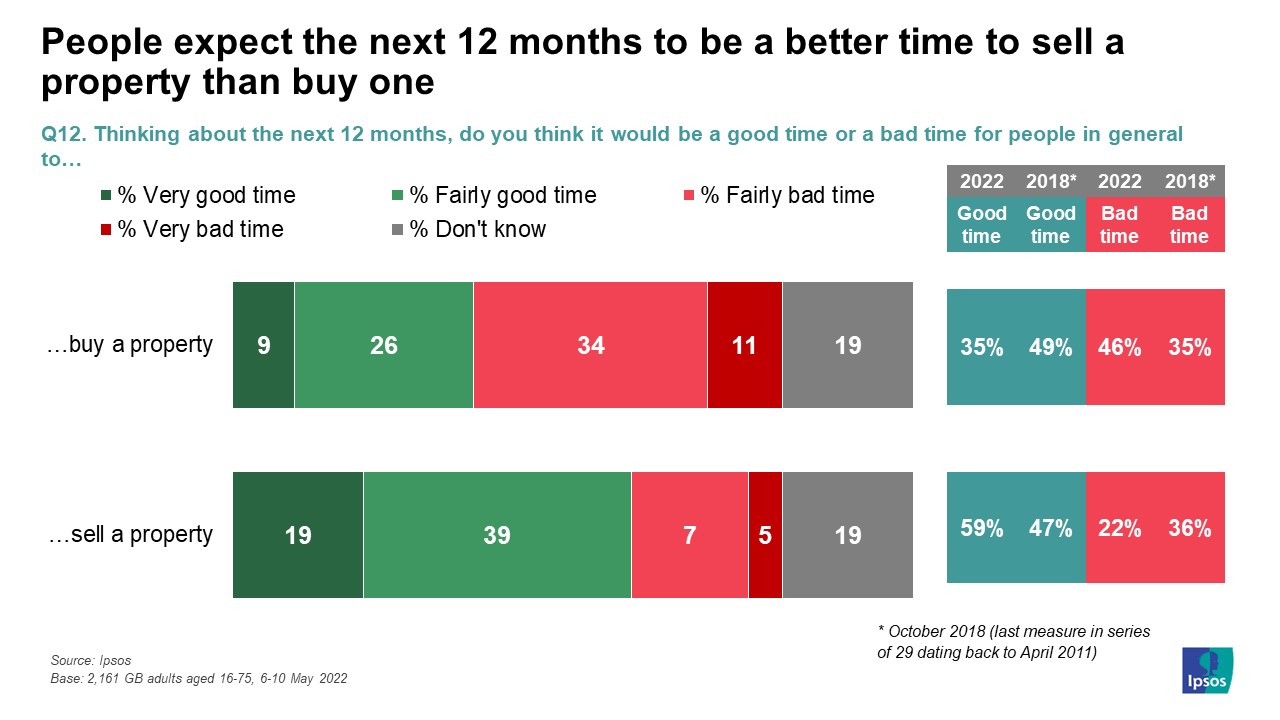 Are rising house prices a good or bad thing?

What do people think matters?

Britons are most likely to identify the lack of affordable homes and high house prices as among the biggest problems with housing in Britain today – both are identified by 36%. Around 3 in 10 say the lack of social housing is a key problem (29%) while 28% say rents are too high.

Least likely to be considered a big problem with housing is planning restrictions making it too hard to build more homes (4%), public opposition to building new homes (5%) and big homes being occupied by one or two people (6%). 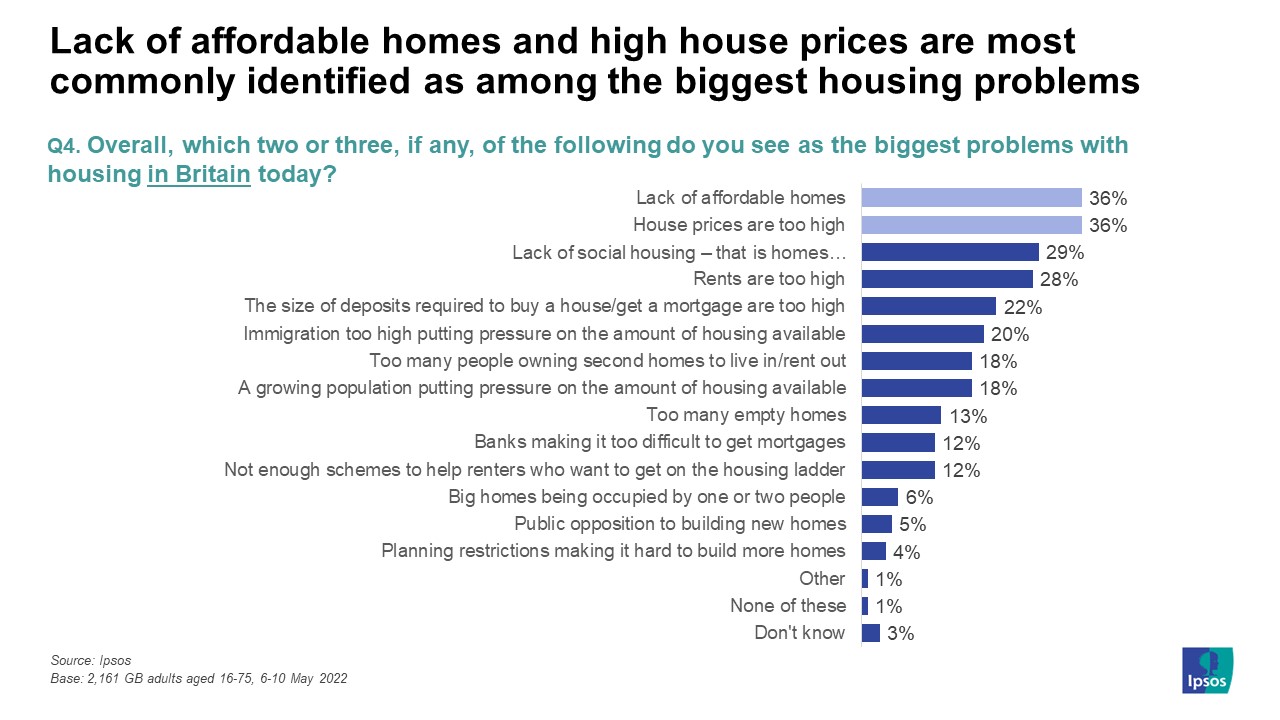 What can be done?

At the 2019 General Election, Ipsos found support for a range of housing policies contained in party manifestoes. As was the case then, most Britons are in favour of Labour’s 2019 manifesto policy to introduce rent controls in England, so that rents in the private sector do not rise by more than the inflation rate. Just over seven in ten, 72%, support this idea, with only 7% in opposition.

Around two-thirds (65%) are in favour of the Lib Dems’ 2019 policy to tackle second homes by giving powers to local councils to increase council tax on second homes and homes that are left empty for more than six months.

More than half (56%) are supportive of the policy to extend the Right to Buy (a scheme in which tenants renting from councils are able to purchase their homes at a discount price) to those who rent from housing associations. Support has increased by 10 percentage points since the 2019 General Election.

Labour’s policy to build 100,000 council homes and 50,000 housing association properties a year in England for the next 5 years is supported by 53% of Britons while 14% oppose.

It is a sign of the pessimism surrounding housing in Britain that people expect things to get worse in terms of the two features of the housing crisis they consider to be the most important – rising house prices and building enough affordable homes.
It is not that they see Governments as unable to do anything about housing; there continues to be a strong sense of ‘do something’ and ongoing support for different policy responses. The extension of Right to Buy receives majority support but so too do rent controls and giving local government more powers to tackle second and empty homes.