New research from Ipsos shows widespread approval among Britons of the way President Volodymyr Zelenskyy of Ukraine is handling the Russian invasion of Ukraine. Eight in 10 (78%) Britons say he has done a good job while only 6% disagree. 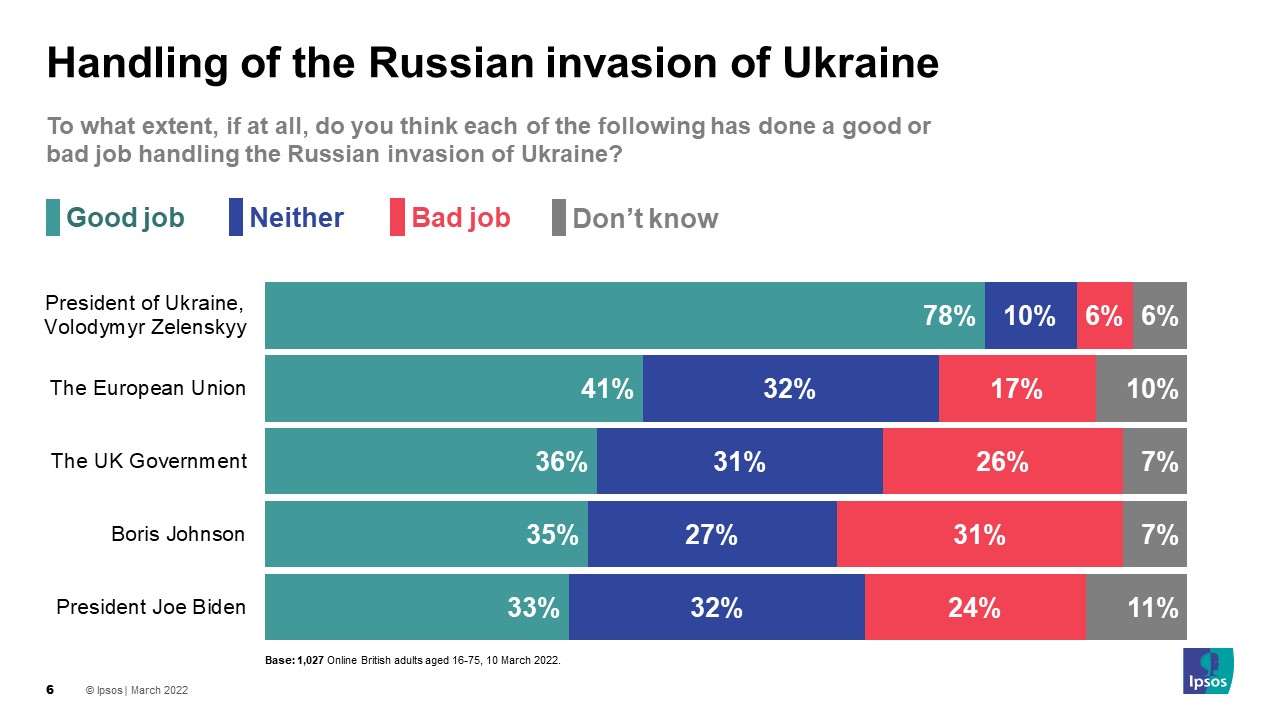 In comparison, around a third of Britons say Boris Johnson (35%) or the UK Government (36%) have done a good job with their response. While this is more positive than at the start of the crisis, there is now some sign of rising criticism, with a quarter (26%) saying the Government has done a bad job while 31% say the same for the Prime Minister, up 7 and 9 points respectively from last week. 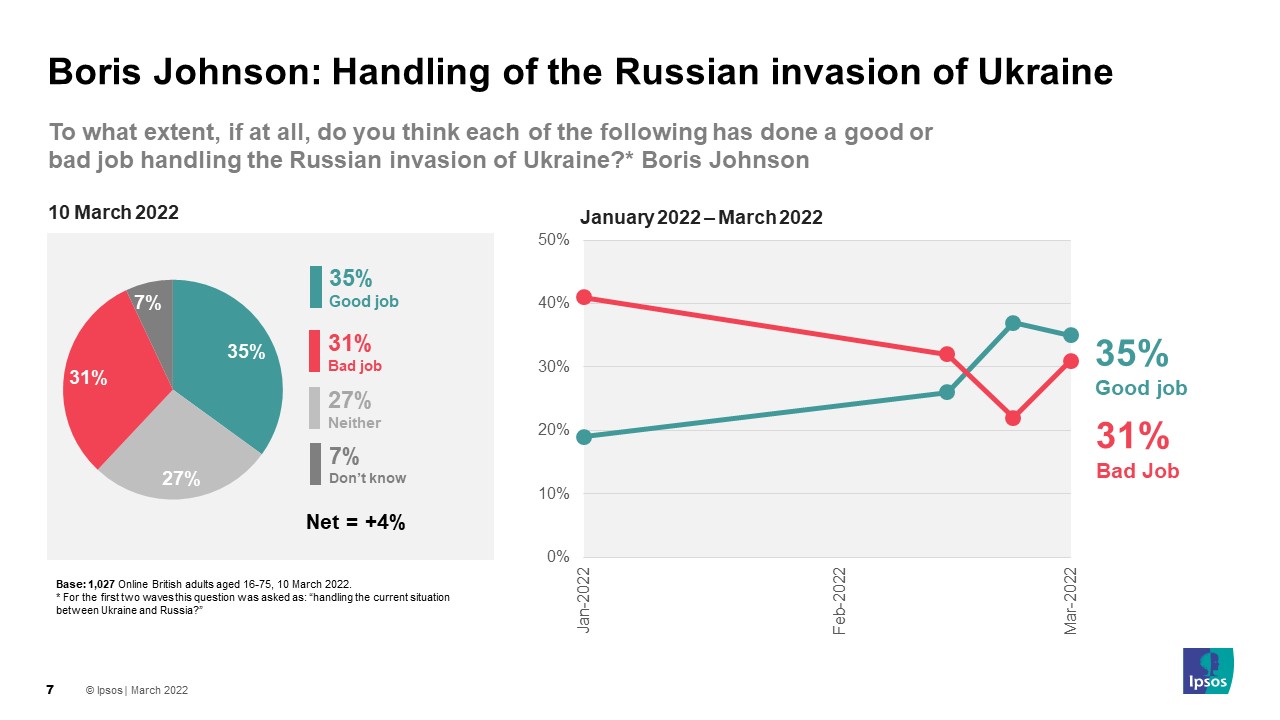 Nine in 10 (89%) now say they are following stories about the Russian invasion of Ukraine closely, up from 73% before Russia sent in troops. 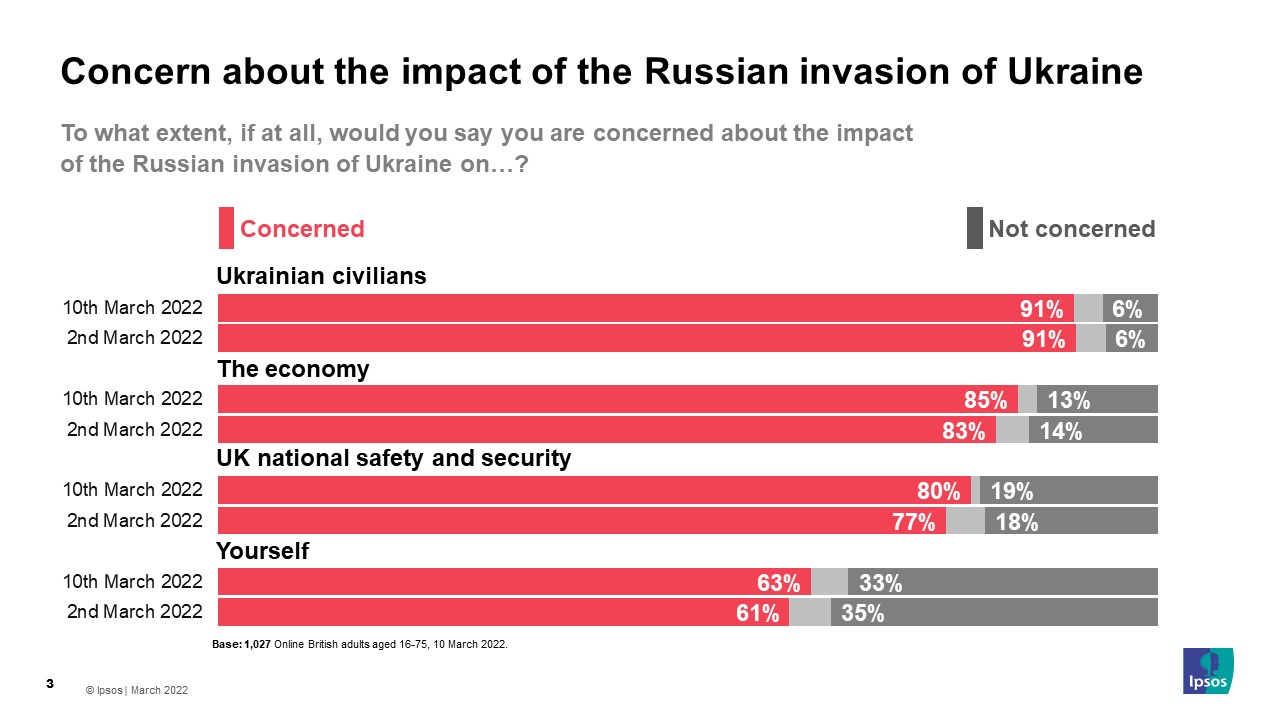 Support continues to be high for diplomatic and economic interventions (65%) and humanitarian interventions (64%). Support for military intervention remains lower at 25%. But only one in 10 (11%) say Britain should not intervene at all, down from 21% when this question was first asked in January 2022.

Britons remain focused on the news from Ukraine, amid high levels of concern both for its impact on Ukrainians themselves (along with widespread support for President Zelenskyy), and the impact it may have on the UK economy and national security.  Support for diplomatic, economic, and humanitarian actions continues, but although ratings of the Government’s and Prime Minister’s response are more positive than at the very start of the crisis, there is some sign of increased criticism this week.