As pressure mounts for Theresa May to reach a deal with the European Union on the terms of Britain’s withdrawal from the EU, new Ipsos polling reveals growing pessimism amongst the British public. 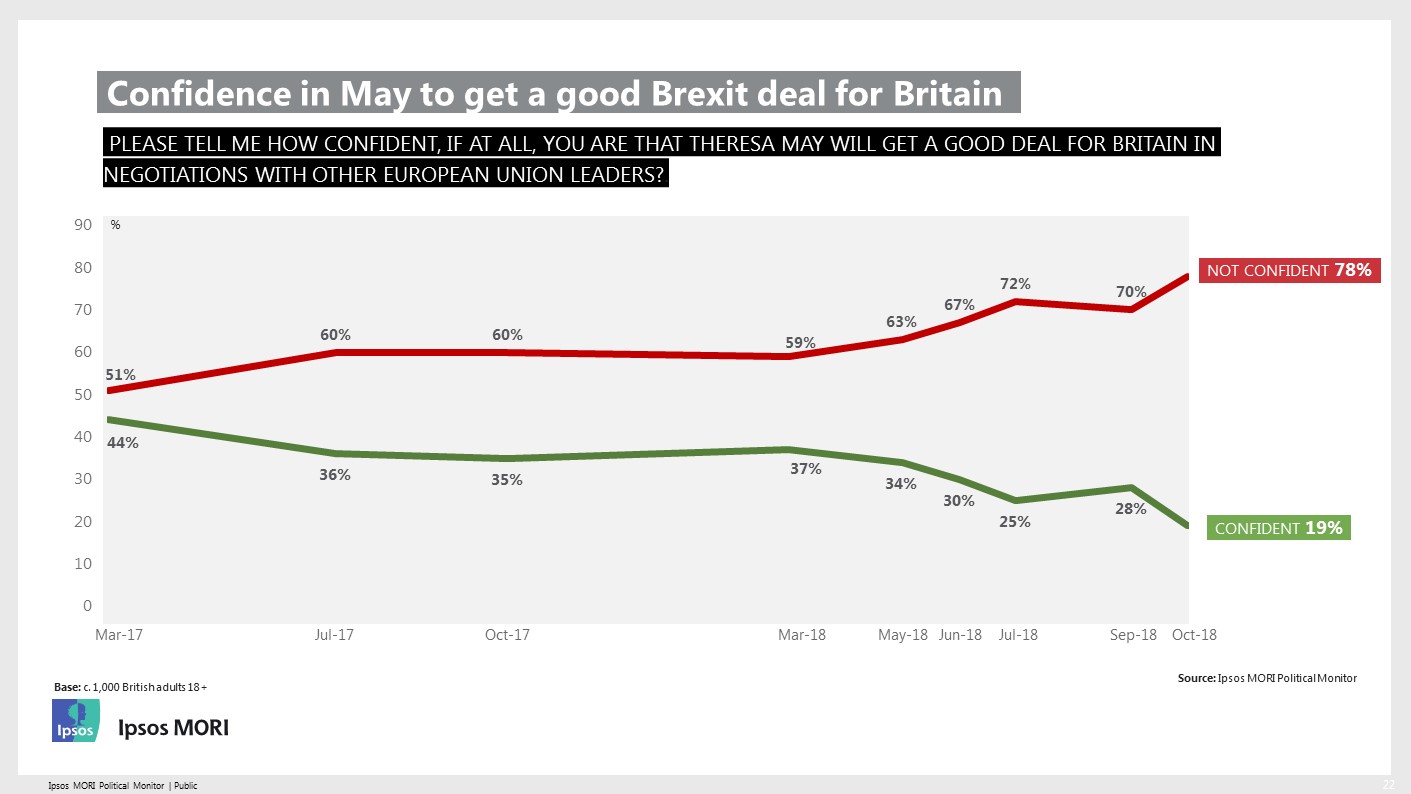 When it comes to who is to blame if Britain and the EU do not reach a deal, the public see the responsibility being equally shared between the UK Government (36%), the EU (37%) and Conservative MPs (37%). A third (32%) also blame Brexit campaigners (compared with 14% blaming Remain campaigners) while 16% blame the Labour party and 10% other opposition parties. 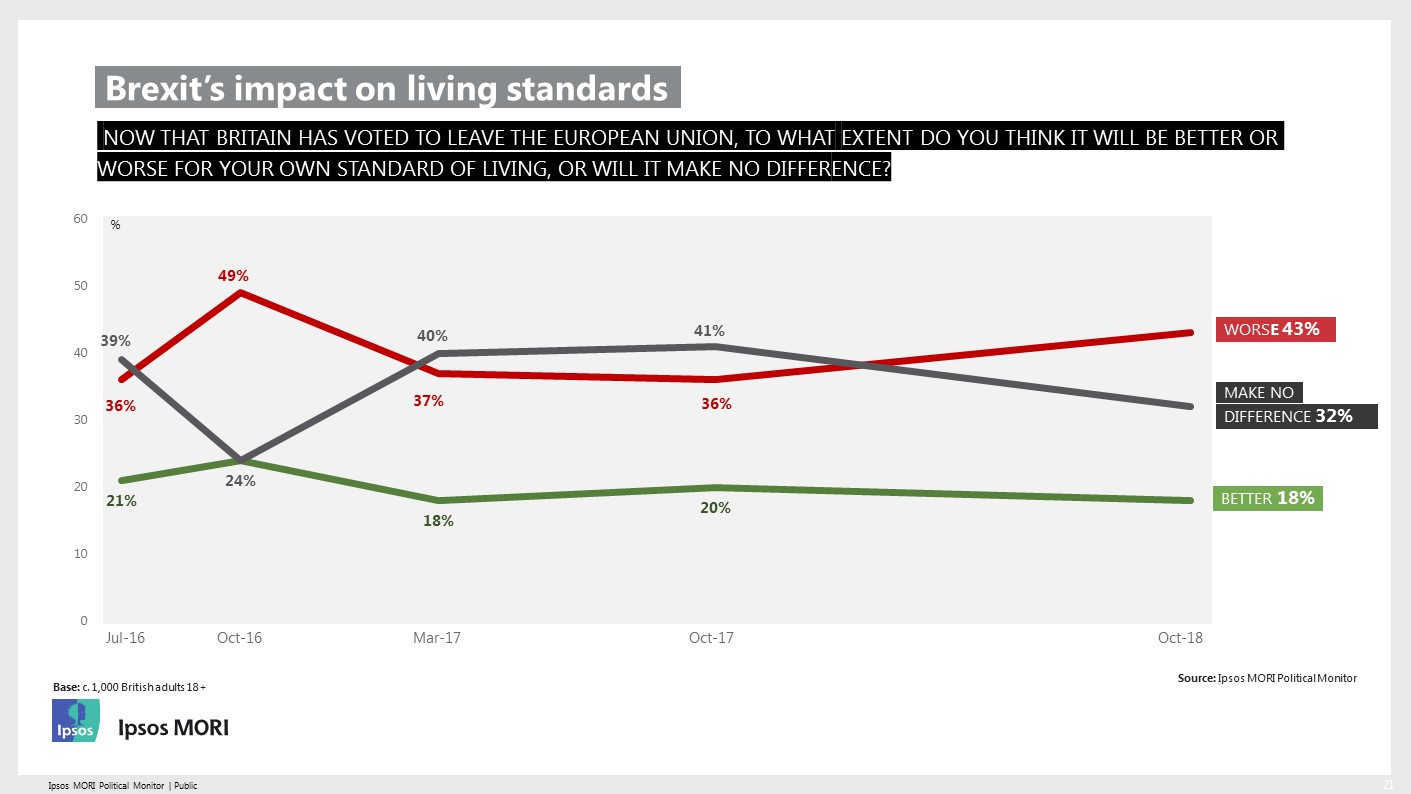 As uncertainty continues with the negotiations the Ipsos Economic Optimism Index (EOI) also shows persisting pessimism around Britain’s economy. Three in five (61%) say they think the economy will get worse in the next year (up 2 points) and 14% think it will improve (down 1 point) – leaving an EOI score of -47, its lowest since December 2011.

Amongst would-be Conservative voters 57% say they are satisfied in the Prime Minister (up 1 point) with 37% dissatisfied (up 2 points) – giving her a net satisfaction score of +20 amongst her own party. Jeremy Corbyn has improved with Labour party supporters where 59% are satisfied in him doing his job (up 11 points) and 32% dissatisfied (down 12 points) – giving him a net score of +27 amongst Labour supporters.

Our ongoing figures for voting intentions show no change between the two main parties. The Conservatives are on 39%, Labour 37%, and Liberal Democrats 10%.

2018 has seen falling public satisfaction in the Prime Minister, her government, and rising economic pessimism, and as the Brexit negotiations intensify confidence in Theresa May’s ability to get a good deal has fallen even further to a new low.  And yet the public don’t put all the blame at her door – and nor is there much evidence that they would have much more confidence in anyone else.

Ipsos interviewed a representative sample of 1,044 adults aged 18+ across Great Britain. Interviews were conducted by telephone 19th -22nd October 2018.  Data are weighted to the profile of the population. All polls are subject to a wide range of potential sources of error. On the basis of the historical record of the polls at recent general elections, there is a 9 in 10 chance that the true value of a party’s support lies within 4 points of the estimates provided by this poll, and a 2 in 3 chance that they lie within 2 points.