Ipsos and its partner, the Institute of Criminal Justice Studies (ICJS) at the University of Portsmouth, were commissioned by the Department for Digital, Culture, Media and Sport (DCMS) to carry out the latest Cyber Security Breaches Survey, as part of the UK Government’s National Cyber Security Programme. It follows earlier surveys in the same series carried out in 2018, 2017 and 2016.

The 2019 survey highlights the persistent threat of cyber-attacks facing businesses and charities with around a third of businesses (32%) and a fifth of charities (22%) having suffered a cyber breach or attack in the past 12 months. This represented a significant fall in the number of businesses identifying breaches (down from 43% in 2018, and 46% in 2017). The charities result was similar to 2018.

Reflecting this change in attitudes, there have also been shifts in action taken in this latest survey:

Insights from the qualitative interviews suggests that GDPR has encouraged many organisations over the past year to engage formally with cyber security for the first time, and others to strengthen their existing policies and processes. However, the survey also shows that there is more that organisations can do to protect themselves from cyber risks. This includes important actions which are still relatively uncommon, such as board-level involvement in cyber security, monitoring suppliers and planning incident response. 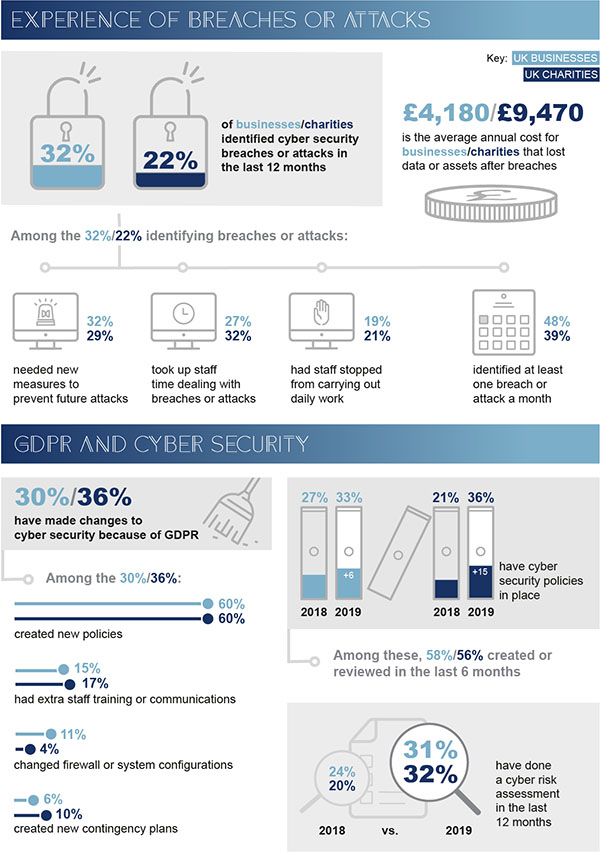 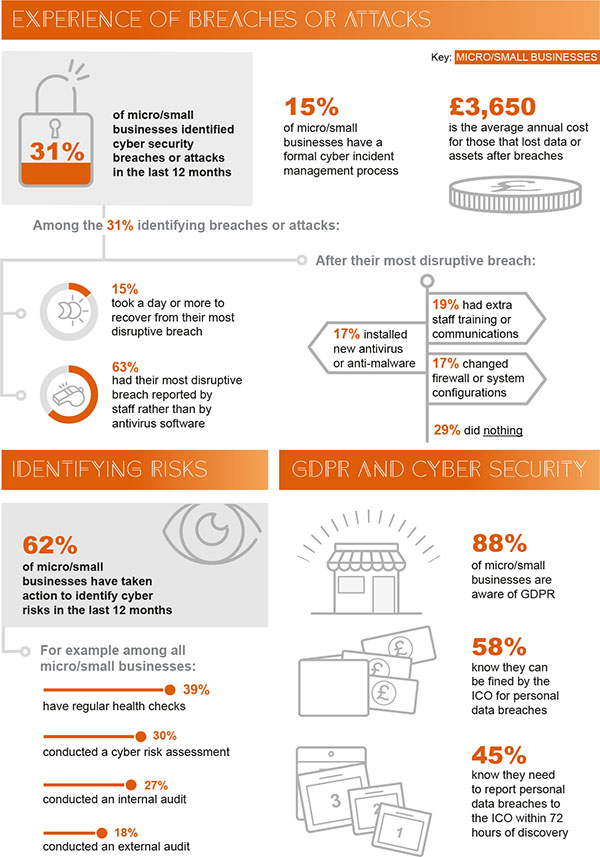 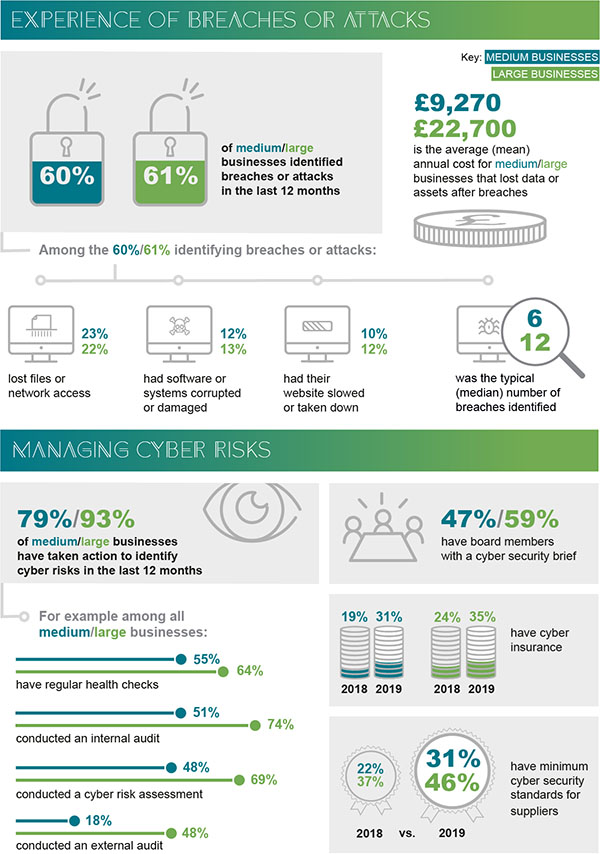 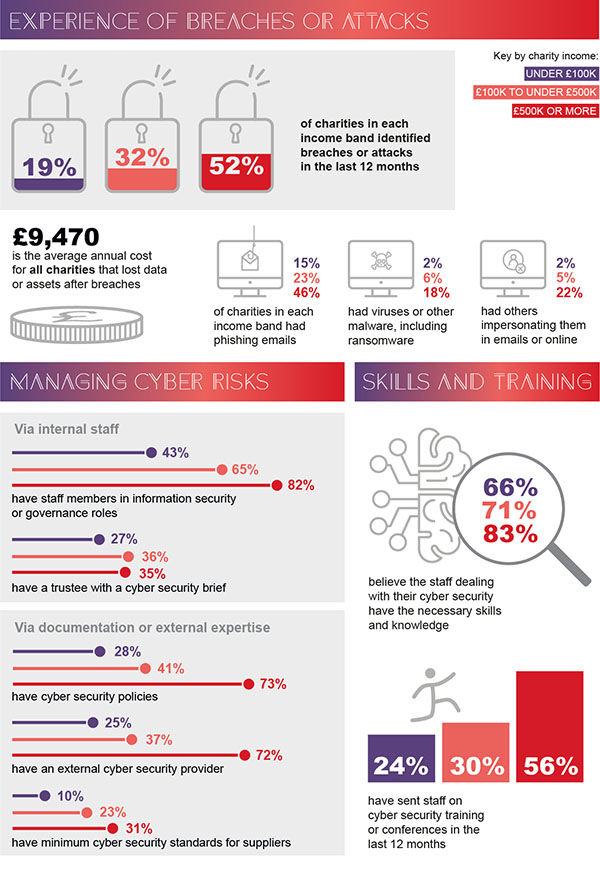