A new Ipsos online survey of 18-75-year olds finds that overall, almost half of Britons (46%) say they have needed to save more money or spend less as a result of the coronavirus outbreak.  And it is younger people who are most likely to be resorting to accessing new credit, relying on overdrafts, loans from family and friends or using up savings to avoid the financial pinch. 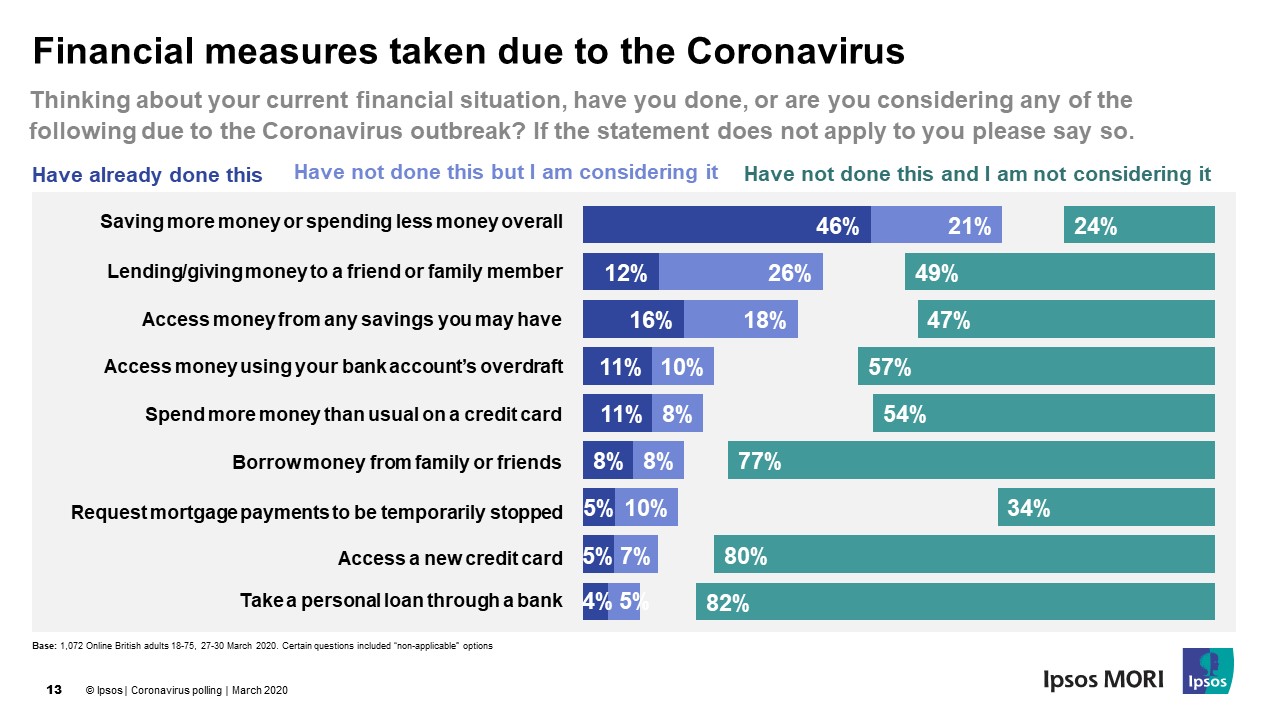 Despite this, 18-34-year olds are also more likely to say they are lending or giving their money to friends and family. Online 8% of Britons overall have done so but almost 1 in 5 (18%) of this younger generation have already done so.  Whilst a quarter (26%) of the youngest age group are considering giving their money away compare to just 14% and 15% of 35-54s and 55-75s respectively.

Despite significant government financial support for businesses and households, we are still starting to see a considerable increase in the debt burden for UK families and this will surely only get more marked if the epidemic continues for many months .