With the current focus on the cost of living, new research by Ipsos shows Britons expect the costs of food shopping, other household shopping, utilities and fuel to increase over the next 6 months. 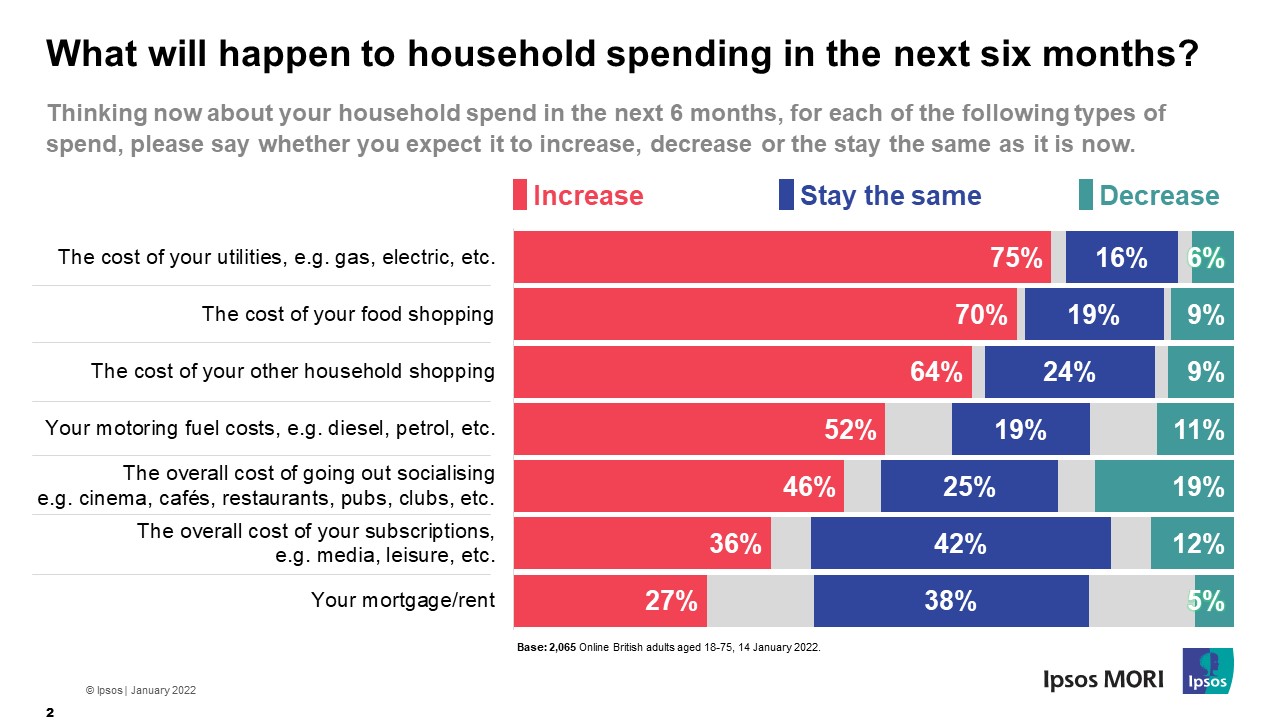 Only cost of subscriptions (e.g. media and leisure) and Britons’ mortgages/rents are more likely to be expected to stay the same rather than increase. Four in 10 (42%) think their subscription costs will stay at the same level as now (36% think they will rise), while 38% expect their mortgage/rent to remain stable (27% that it will rise).

How closely are Britons following stories about the cost of living? 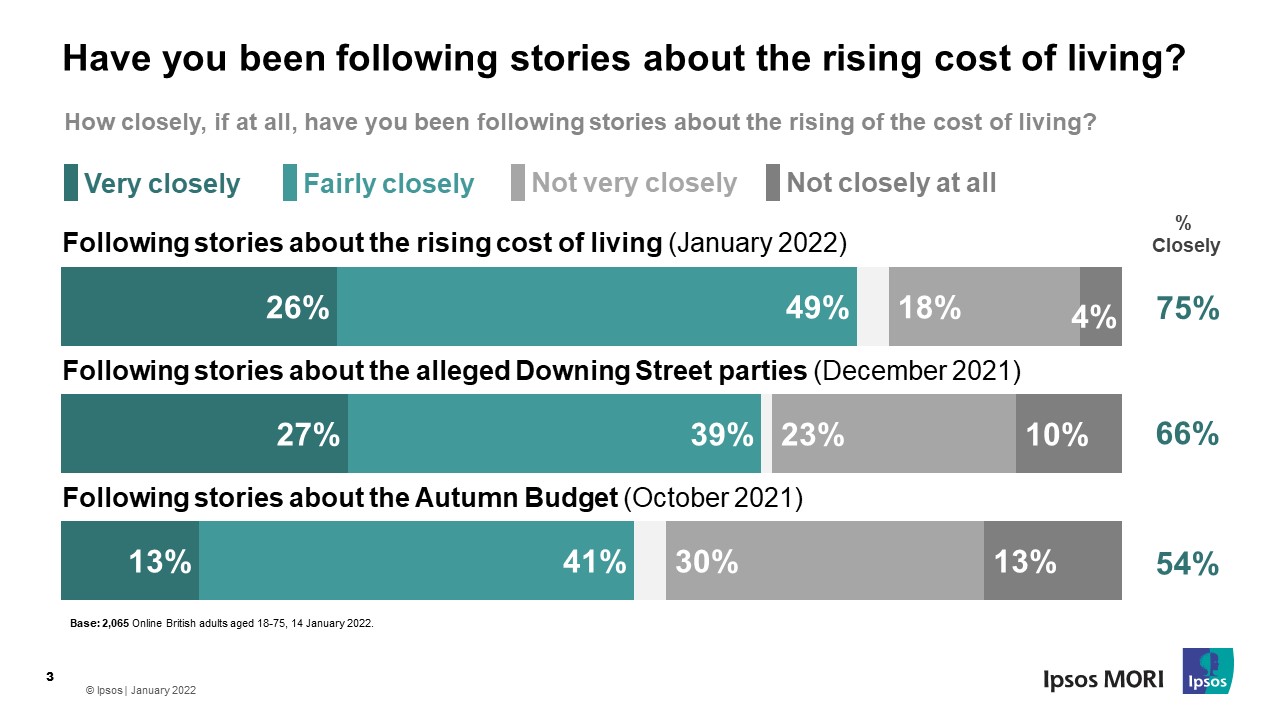 Among those who have been following the stories about the rising cost of living closely, most have seen them on television (69%) while 4 in 10 have read about it in newspapers. Around 3 in 10 have heard about it from friends and family (32%), seen it on social media or listened to it on the radio (both 28%).

Cut costs or save the planet?

While many Britons expect to see the cost of living rise, they are split on cutting household costs or making environmentally friendly choices. Thirty-eight per cent of Britons say it is more important for their household to cut costs than make choices that are better for the environment, but slightly more say both are equally important (43%). 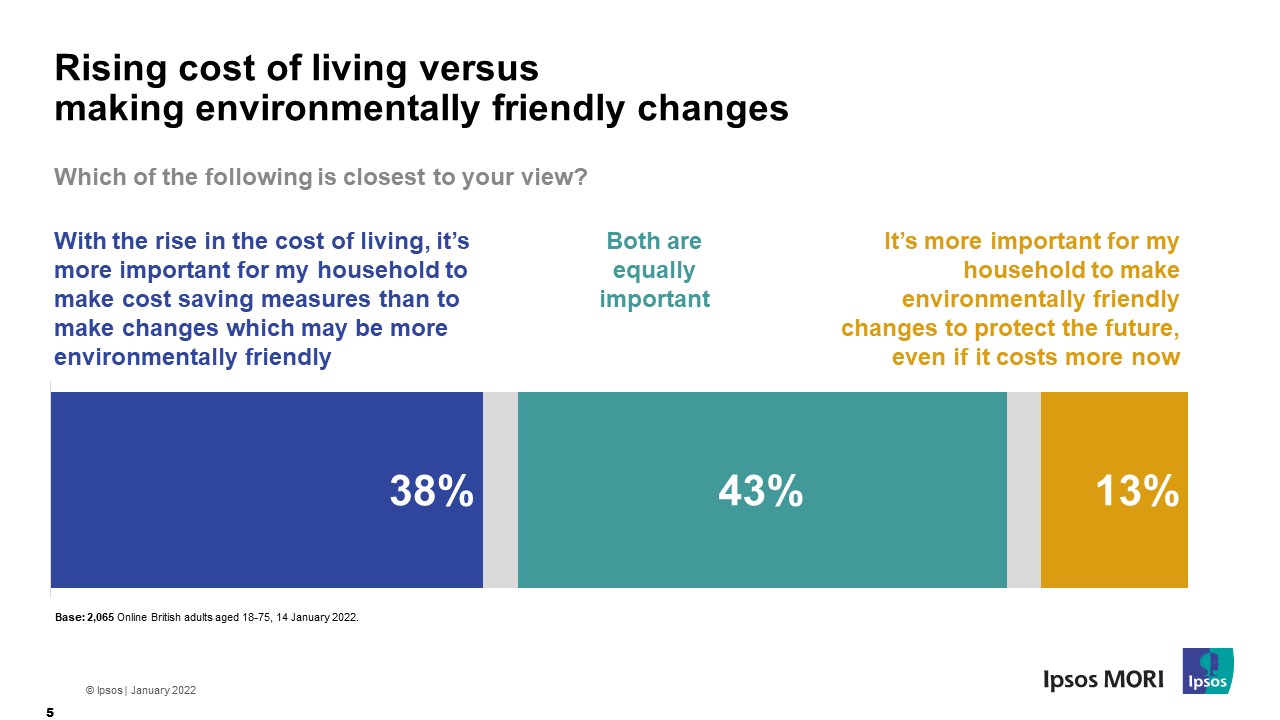 It’s clear the public (and particularly older people) are concerned about rises in the cost of living over the next few months, especially utility bills and food and household shopping.  And this is something they pay attention to, justifying the political focus on the issue at the moment – even more people say they are following stories about rises in the cost of living than last month were following stories about alleged Christmas parties in Downing Street.  Meanwhile Britons are split on the right balance to be struck between saving money and protecting the environment – many think we should strive to do both, but substantial minority do put cost of living savings first at the moment.