New research from Ipsos, undertaken Wednesday 22nd and Thursday 23rd June last week, examines public support for different professions going on strike if they decide to do so. 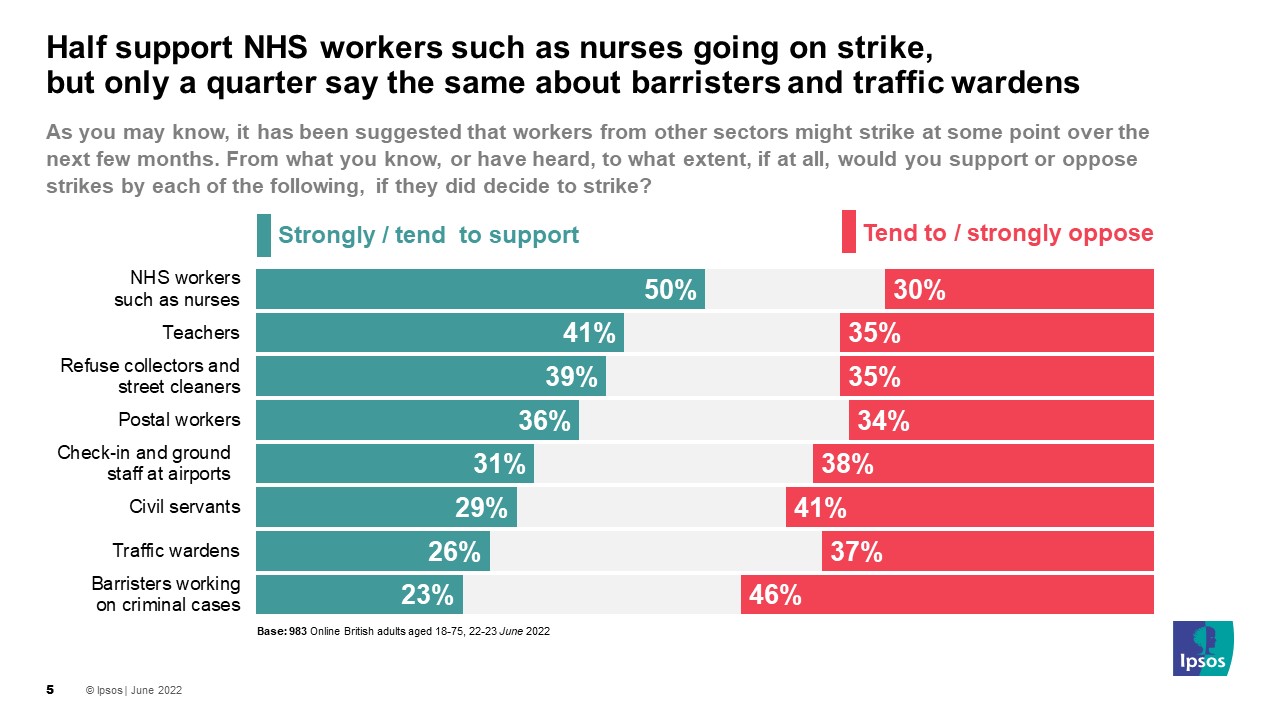 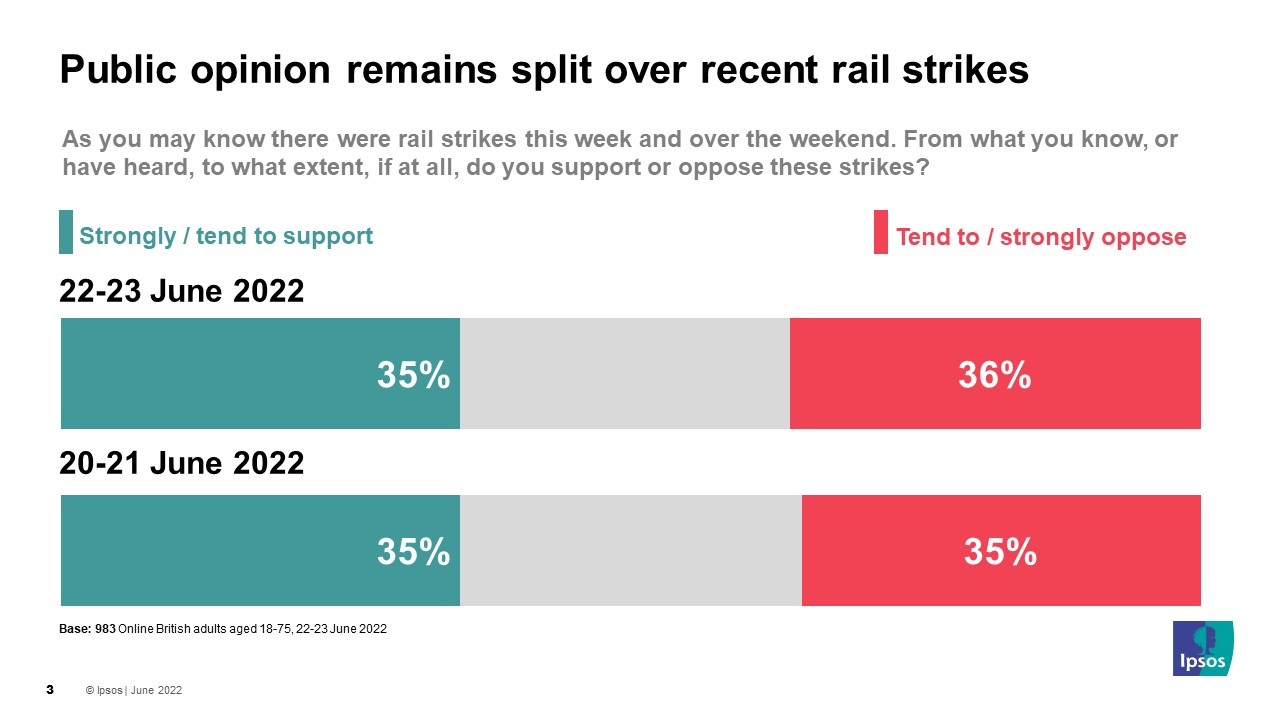 Elsewhere in the poll, Ipsos asked how closely the public were following different news stories. The rising cost of living continues to be the most closely followed story (86% following closely) followed by the Russian invasion of Ukraine (68%). 6 in 10 (60%) were following the rail strikes closely and stories about possible future strikes (56%), similar to those following stories about the Government’s plans for asylum seekers. 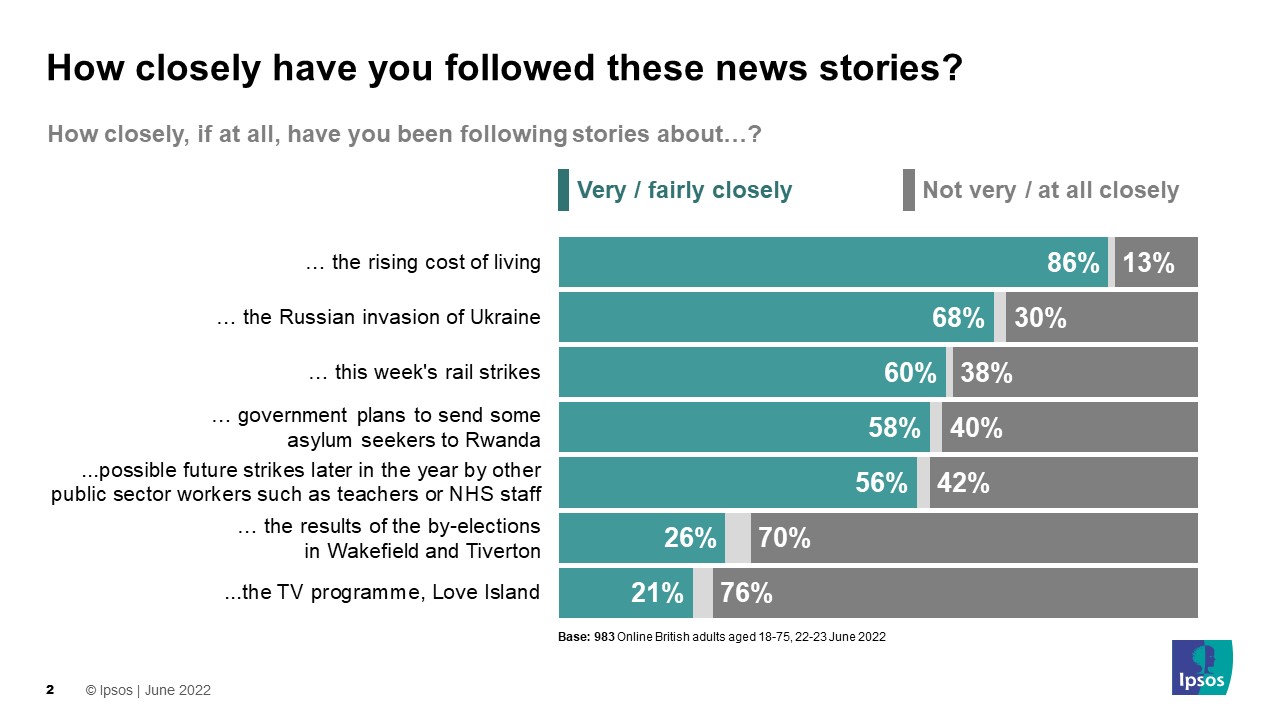 Following on from last week’s rail strikes, the potential for further strike action from different professions looms. This data shows public sympathy varies depending on the types of workers striking. NHS workers are most well supported, followed by teachers, but others less so, suggesting that not all strike action will be viewed equally in the court of public opinion.