Ipsos’s KnowledgePanel has found that between March and July 2021, Britons’ awareness of the Government’s Levelling Up strategy increased.  Those knowing at least a little about it rose by 8 points from 48% to 56%, with an equivalent fall in those who know or heard nothing about it These increases were seen across all regions except the West Midlands, particularly the North East . 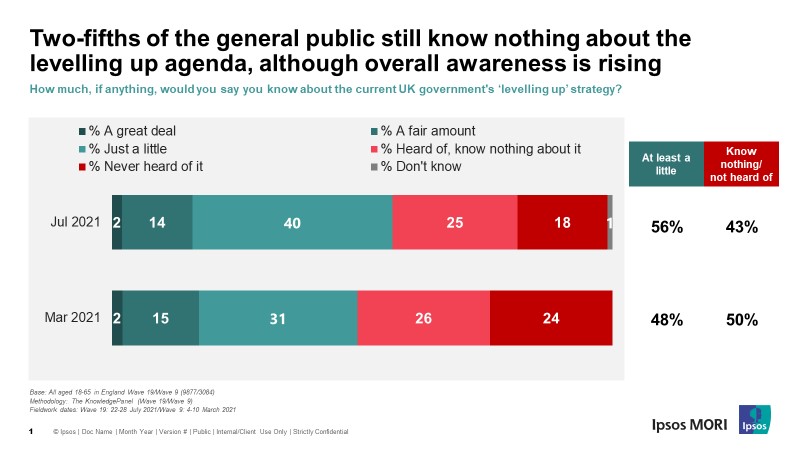 The increase in awareness, however, is among those who know just a little rather than having a deeper understanding, and so this is still complemented by a strong view that it should be a Government priority to provide more information to the general public about levelling up, with 86% supporting that idea, while only 9% of Britons believe it is clear what levelling up means in practice for their local area. The region with the best sense of understanding of what levelling up means for their area is the North East, although still only 17%. 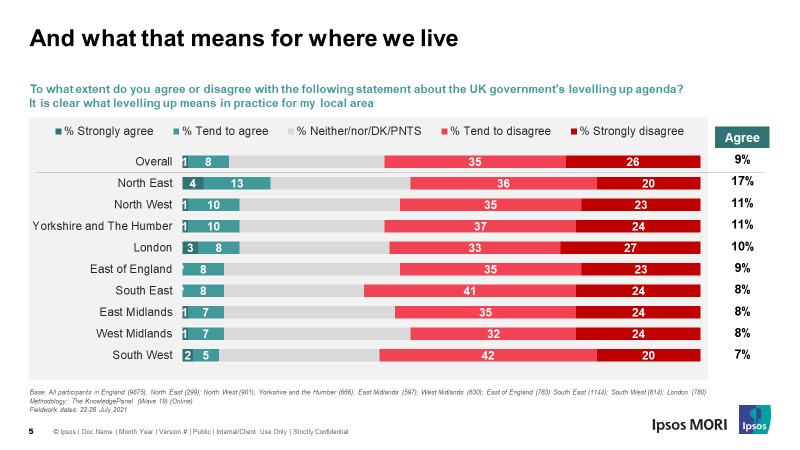 Britons in the North East are also most likely to expect the levelling up agenda to have the biggest impact on their local area (30%), with those in the South East most pessimistic (40% do not think it will have much effect).  Overall, expectations are muted: one in seven (14%) think levelling-up will bring significant impacts, but twice as many (32%) disagree – with even more (38%) sitting on the fence and still to be persuaded one way or the other. 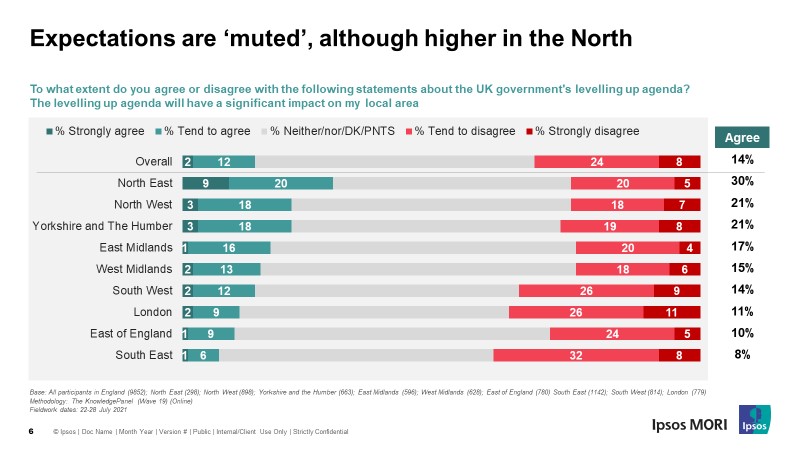 It is clear that as Michael Gove comes into a new expanded role looking at levelling up there is still work to do to help the public feel informed about what it means both in general and for their local area in practice. While awareness is increasing (including some signs that the North East is particularly positive), there is still a way to go before levelling up is fully understood by the public and, just as importantly, that they are convinced it will deliver improvements for them.