The January 2020 Ipsos Issues Index recorded a drop in concern about both the NHS and Britain’s exit from the EU. The proportion who mentioned Brexit as a worry declined by five percentage points, from 52 to 47 per cent. The fall in concern about the NHS was sharper still, down eleven points since the election to 44 per cent. However, both remain by far the biggest issues facing the country. Fieldwork preceded Britain’s departure from the EU on the 31st January.

The largest shift in January was an increase in the proportion who mention pollution, climate change or the environment as a big issue for Britain. Twenty-three per cent mentioned this as an issue, making it the third-biggest concern for the country – and almost one in ten of the public (9%) listed environmental issues to be the single biggest issue facing Britain. The 23 per cent figure is also the highest score recorded for this issue for just over thirty years – the last time concern was higher was in July 1990.

Poverty/inequality is fourth on 22 per cent, up one percentage point from December. Although this is not a statistically significant rise it has risen from a recent low of 15 per cent in October 2019 and now stands at its highest recorded level since the code was introduced in December 1997. 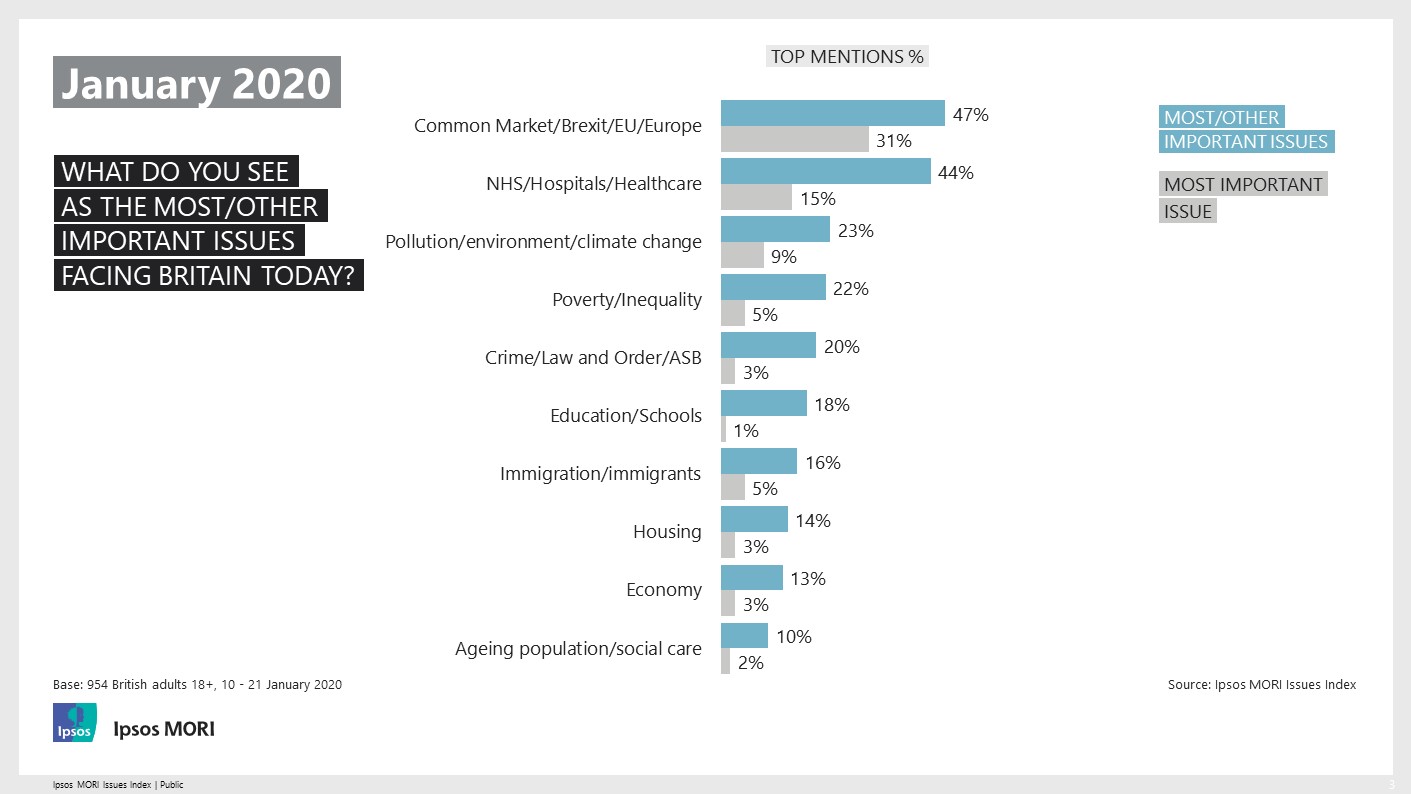 Although it continues to rise, environmental concern remains strongly split between different groups of Britons 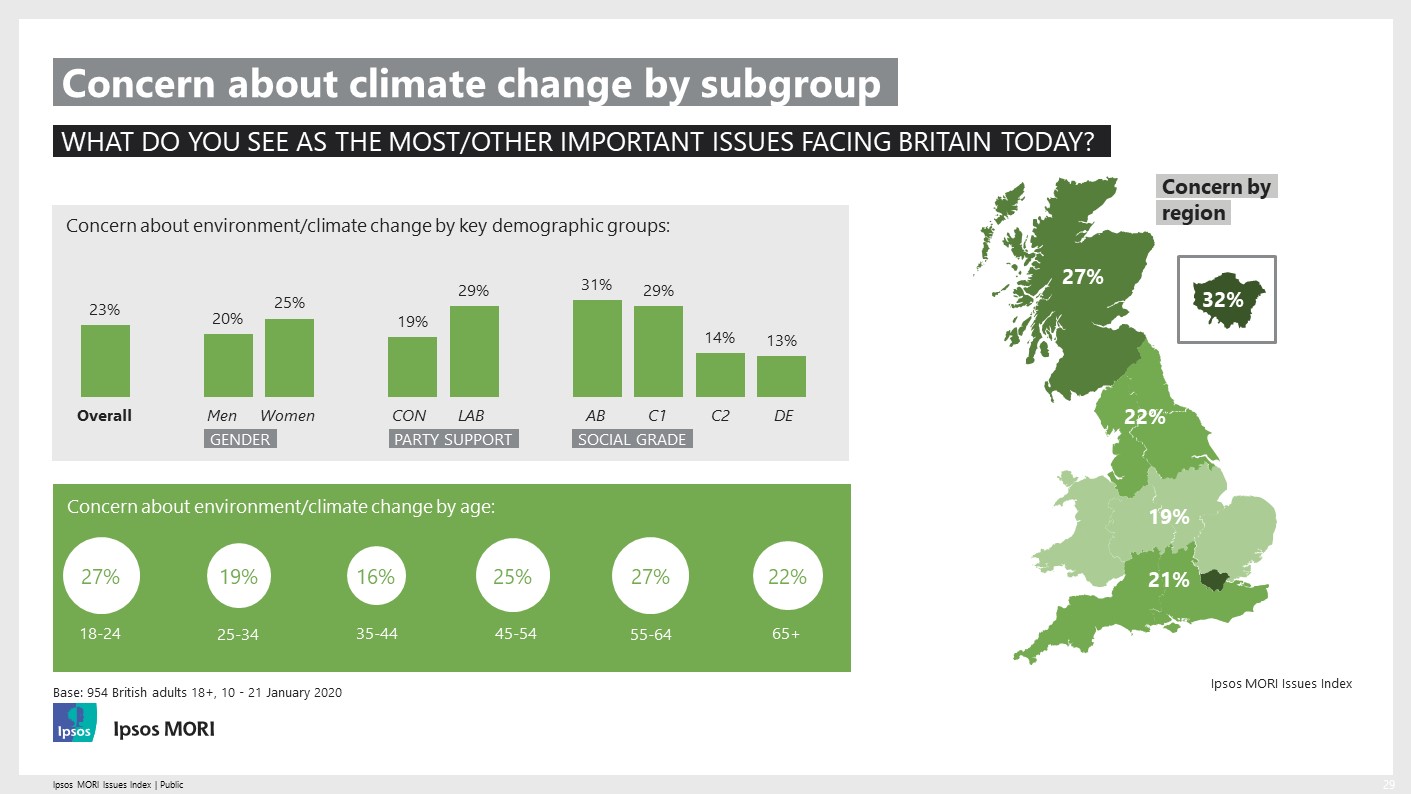 The first Issues Index of the new decade continues to show high public concern about two key issues – Brexit and the NHS. However there has been a slight decline in the level of both compared with election month.
Elsewhere we see public concern about the environment, climate change and pollution continue to rise, building on a steady increase which started back in 2012. While we have recorded the highest individual score for this concern in three decades this month, the trend suggests that concern could go higher still.

Ipsos's Issues Index is conducted monthly and provides an overview of the key issues concerning the country. Ipsos interviewed a representative quota sample of 954 adults aged 18+ across Great Britain. The answers are spontaneous responses, and participants are not prompted with any answers.
Ipsos's Omnibus was used for this survey. Interviews were conducted face-to-face in-home between 10 and 21 January 2020 at 188 sampling points across Great Britain. Data are weighted to match the profile of the population.