The latest Ipsos UK Political Pulse survey, taken February 1st and 2nd, shows both Labour leader Keir Starmer and Conservative Chancellor Rishi Sunak leading Boris Johnson across a host of leadership attributes. However, there is little difference in how Starmer and Sunak score when compared to each other.

We asked the public whether a host of personality traits applied or did not apply to Boris Johnson, Keir Starmer and Rishi Sunak. 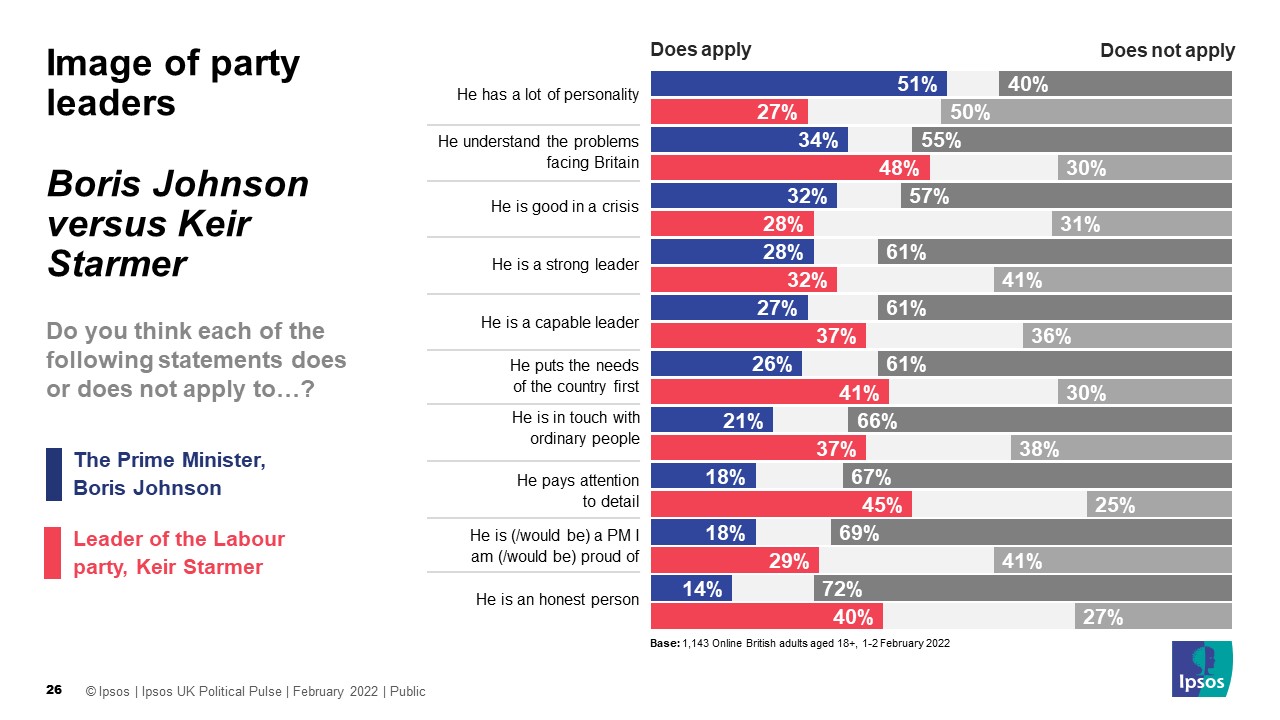 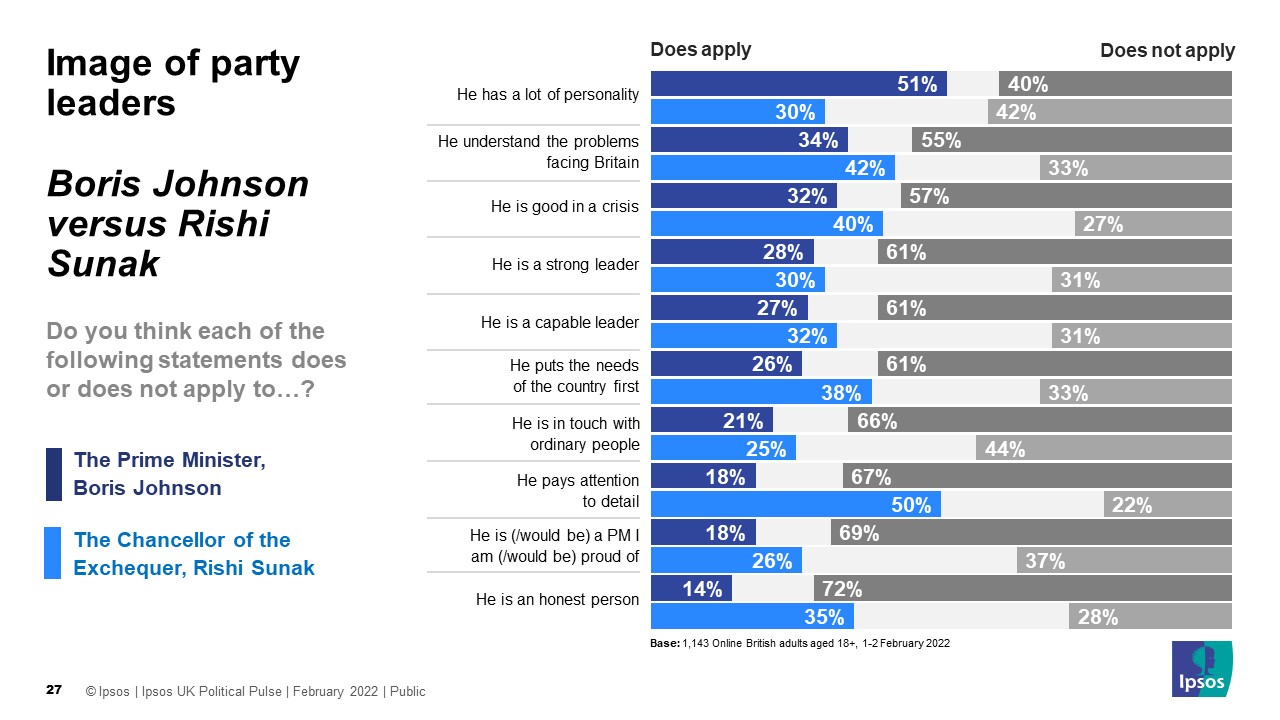 When comparing Rishi Sunak to Keir Starmer the picture is much closer: 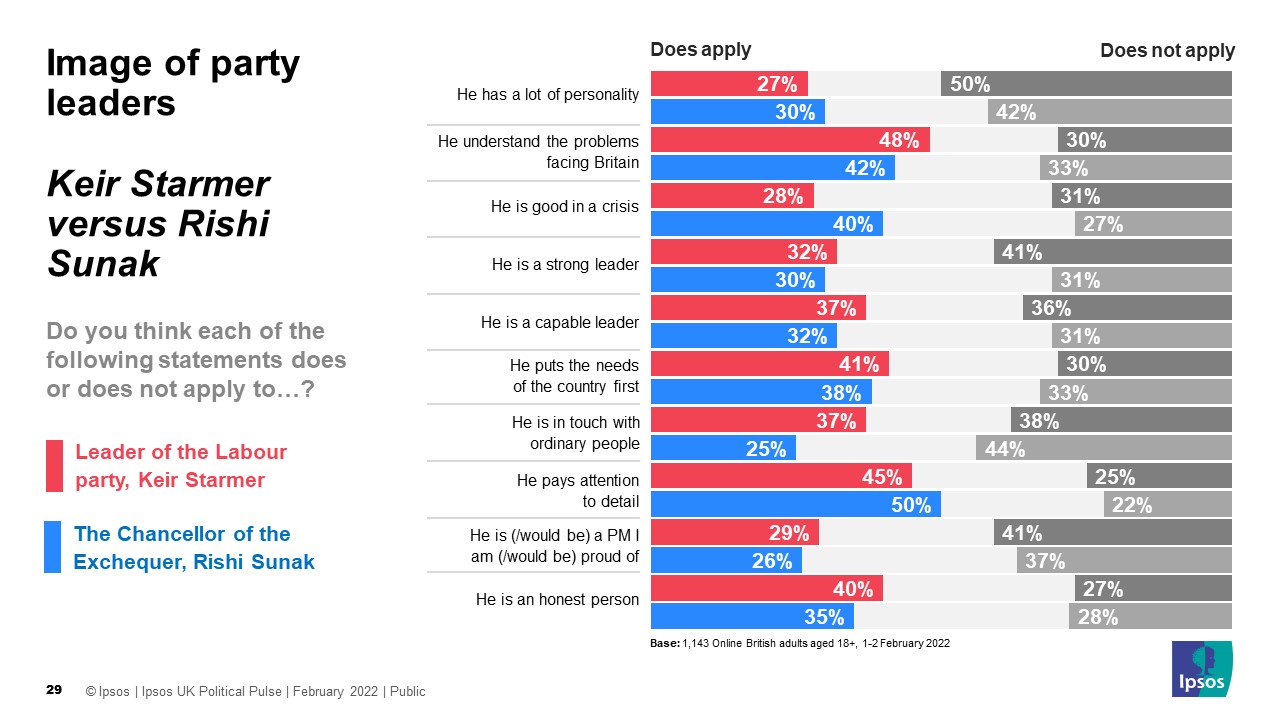 Keiran Pedley, Director of Politics at Ipsos in the UK, says:

There are not many crumbs of comfort for Boris Johnson in this poll. Both Keir Starmer and Rishi Sunak lead the Prime Minister on a host of personality traits with honesty, attention to detail and putting the country first standing out in both match-ups. Interestingly, when we compare Sunak to Starmer we see a closer Conservative vs Labour picture, with Starmer more in touch than Sunak but Sunak seen as better in a crisis.

Technical note
Ipsos interviewed a representative sample of 1,143 Britons aged 18+. Interviews were conducted online from 1-2 February 2022. Data are weighted to match the profile of the population. All polls are subject to a wide range of potential sources of error.