The latest Ipsos Political Pulse shows Rishi Sunak just trailing Keir Starmer when it comes to favourability. While the Labour Leader is seen favourably by 32% of Britons, 29% view Sunak in the same way while 38% have an unfavourable opinion of Starmer and 39% Sunak. This gives Starmer a net score of -6 and Sunak a score of -10. 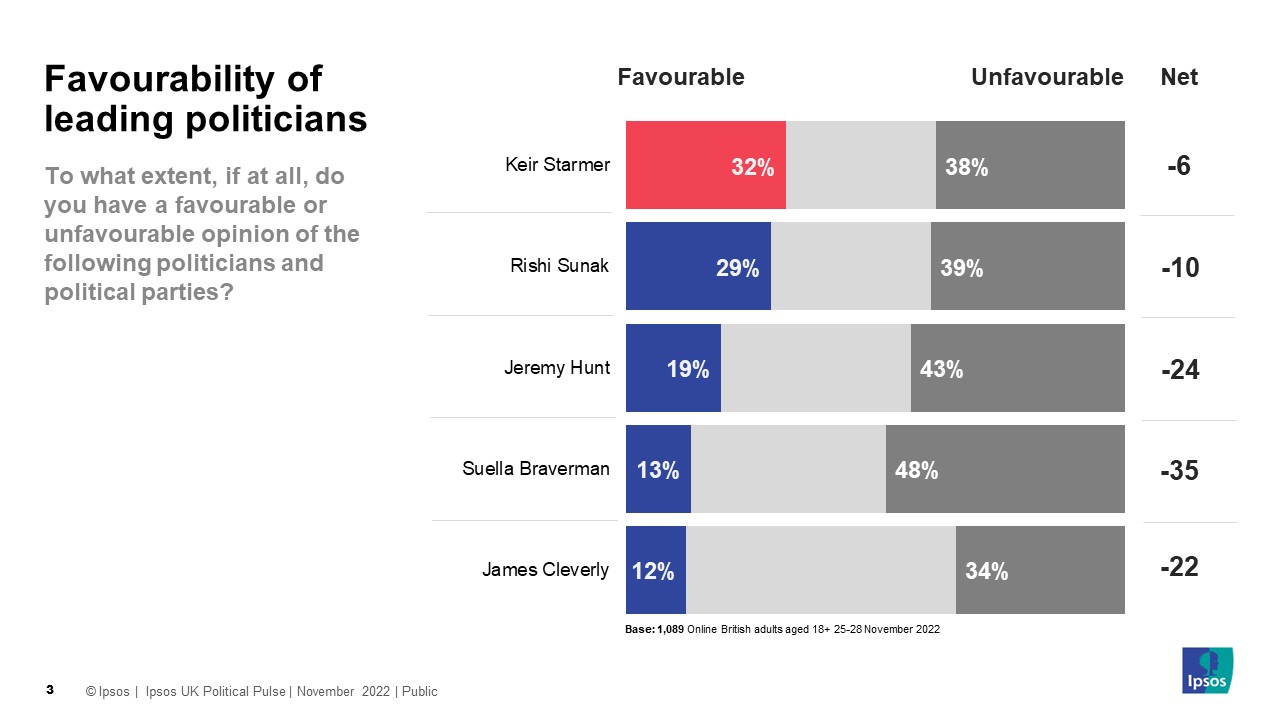 The two party leaders have significantly better scores than other leading politicians: 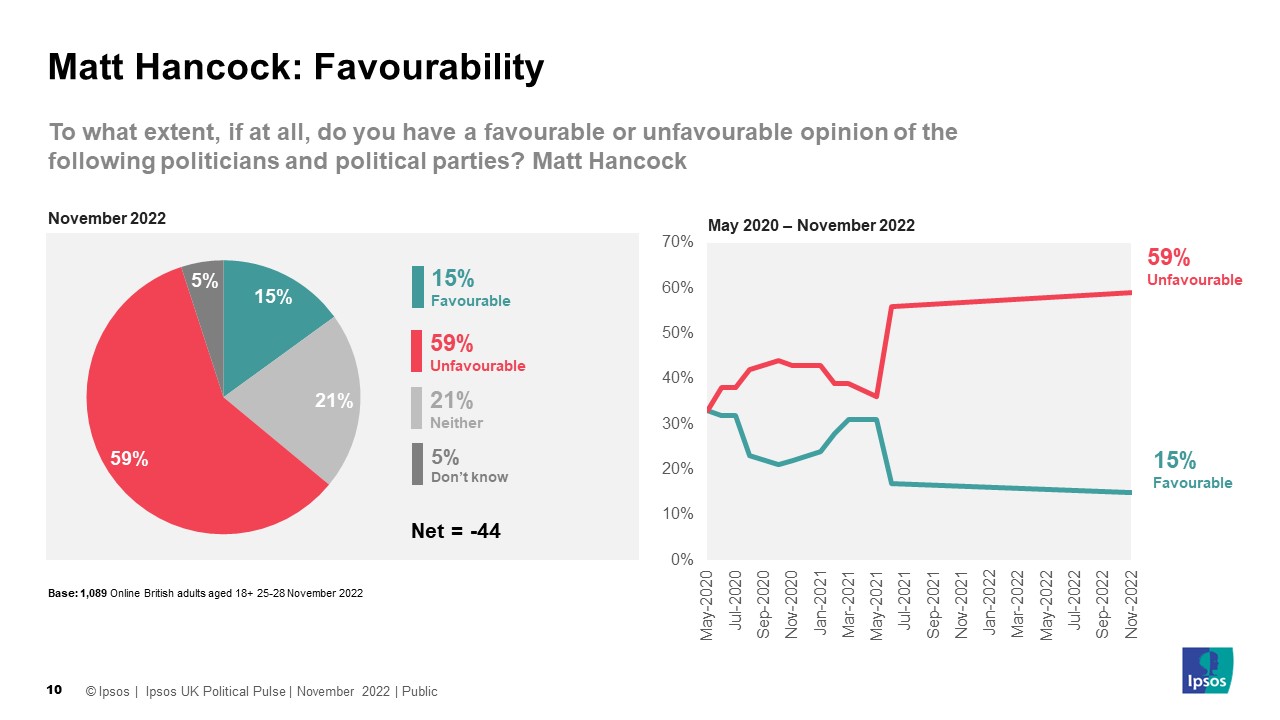 Unfortunately for the Conservatives, Sunak’s relative popularity does not translate into opinions of the party itself. With a current net score of -32, just 1 in 5 (20%) have a favourable view of the Conservative Party, 52% negative, down from 56% in October. Meanwhile, Labour score just -1, with 37% positive and 38% negative and little change since last month. 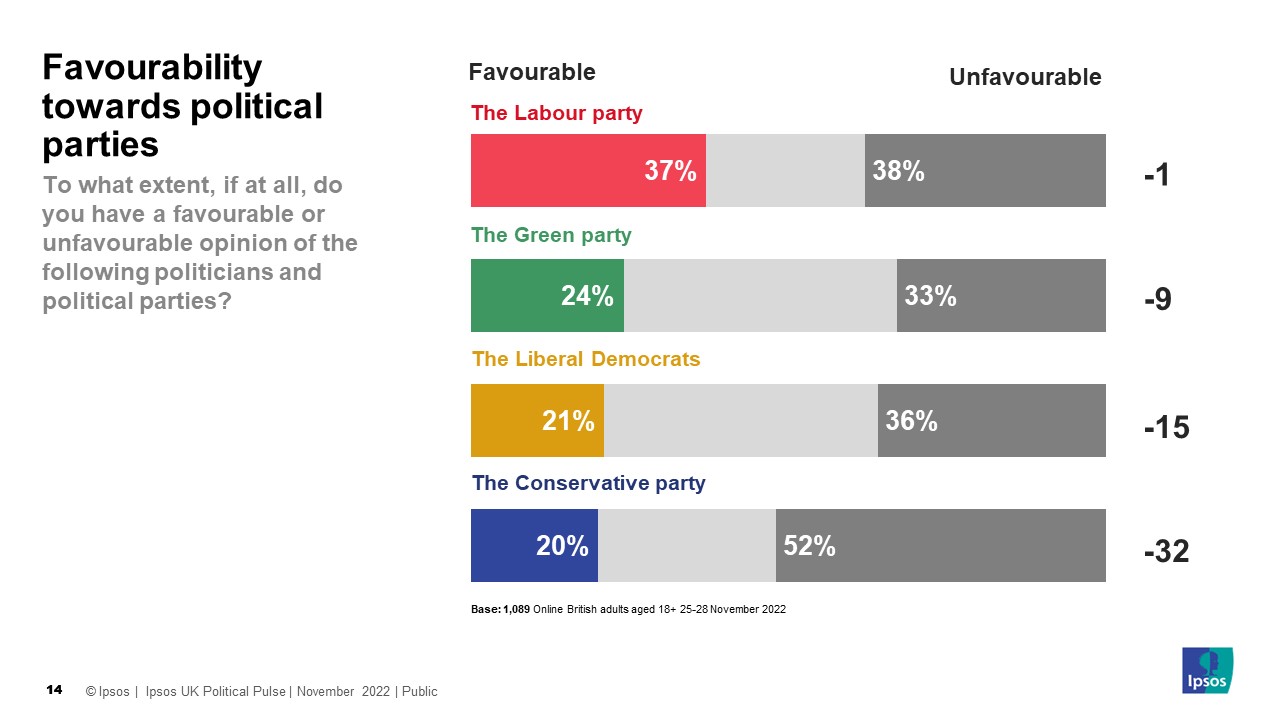 This means the Conservatives score lower than any other party on this list  with the Green Party scoring -9 (24% favourable and 33% unfavourable) and the Lib Dems scoring -15 (21% favourable, 36% unfavourable). 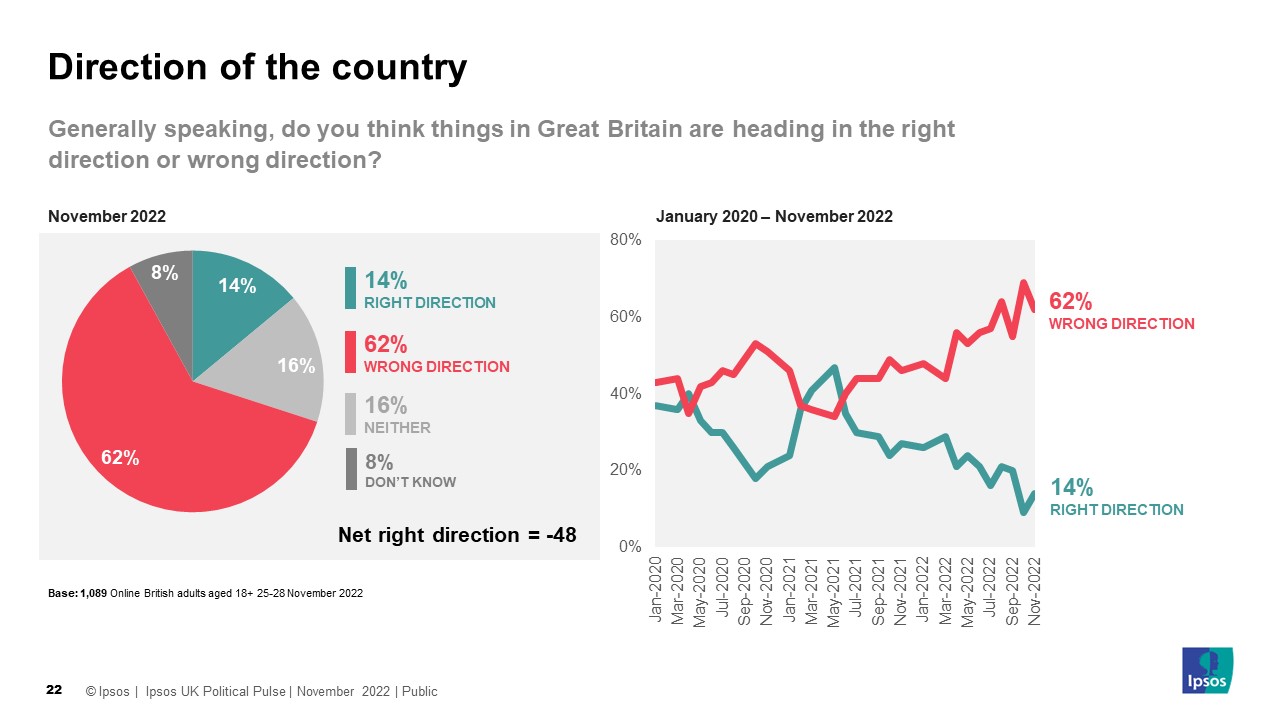 These numbers show the extent of Rishi Sunak’s challenge as he seeks to win the Conservatives a fifth consecutive term in office at the next General Election. Whilst his own personal poll ratings are solid and comparable to his opposite number Keir Starmer, 6 in 10 Britons think things are heading in the wrong direction and a majority are unfavourable towards the Conservative Party itself. Numbers that do not point to re-election for the governing party.

Ipsos interviewed a representative sample of 1,089 Britons aged 18+. Interviews were conducted online from 25-28 November 2022.  Data are weighted to match the profile of the population. All polls are subject to a wide range of potential sources of error.