The latest Ipsos Political Monitor, taken April 20th to 28th this year shows increased public approval for the government’s handling of the Russian invasion of Ukraine. 58% are now satisfied with how the government is handling the situation (up 12 points from March) and 30% are dissatisfied (down 8 points). 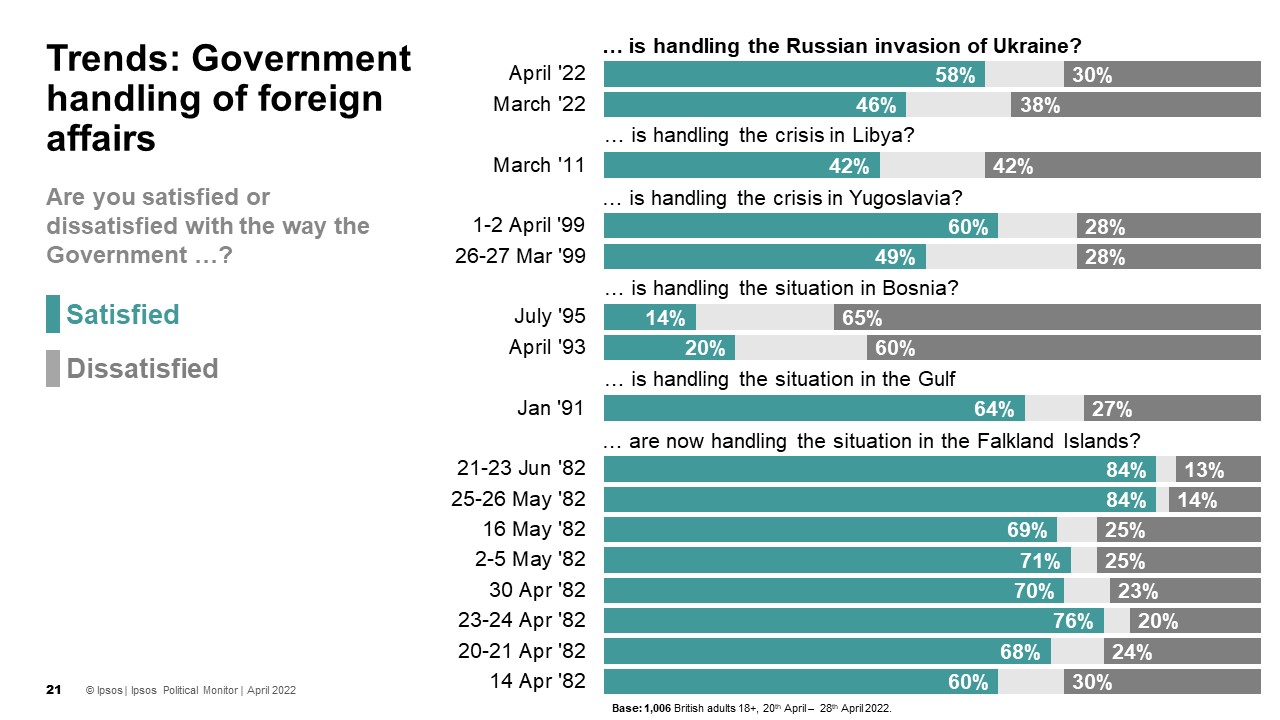 We have seen Britons follow the events in Ukraine closely, with a lot of concern over its impact on Ukrainians and on the UK, and support for diplomatic and economic interventions (even if there are misgivings about more direct military action). And now we have seen satisfaction with the way the Government has responded to the invasion grow as it aims to take a lead internationally in providing support for Ukraine. Generally there is a view that the Government is getting the balance right, but amidst concern for refugees caught up in the conflict there is a feeling that Britain could be providing more humanitarian aid, especially among graduates, the middle classes and Labour supporters

Ipsos interviewed a representative sample of 1,006 adults aged 18+ across Great Britain. Interviews were conducted by telephone: 20th to 28th April 2022. Data are weighted to match the profile of the population. All polls are subject to a wide range of potential sources of error. On the basis of the historical record of the polls at recent general elections, there is a 9 in 10 chance that the true value of a party’s support lies within 4 points of the estimates provided by this poll, and a 2 in 3 chance that they lie within 2 points. This is especially important to keep in mind when calculating party lead figures.