The December 2019 Ipsos Issues Index shows that at the end of last year public concern about the NHS was just ahead of Brexit for the first time since May 2018. Fifty-five per cent of the public saw the NHS as a major concern for the country, narrowly ahead of the 52 per cent who said the same about Brexit. Worry about the NHS rose by nineteen percentage points compared with before the election campaign, while concern about Brexit fell by eleven. Fieldwork was conducted between the 6 and 29 December, spanning the UK General Election.

Brexit remained the single biggest issue for the nation – twice as many cited it as a concern as said the same for the NHS (34% versus 16%). However, this was a significant shift from November when the proportion mentioning Brexit as the biggest issue for Britain was 52 per cent.

It is important to note that public concern about both issues remained high by historical standards; December 2019 was only the third time since April 1997 that two issues scored over 50 per cent on the Issues Index at the same time.

A range of other public services-related concerns make up the rest of the top ten, with December seeing notable rises for poverty/inequality (+5 percentage points), pollution/environment/climate change (+3) and public services in general (+5). Other issues mentioned by around one in five include education/schools, crime, the economy and housing. 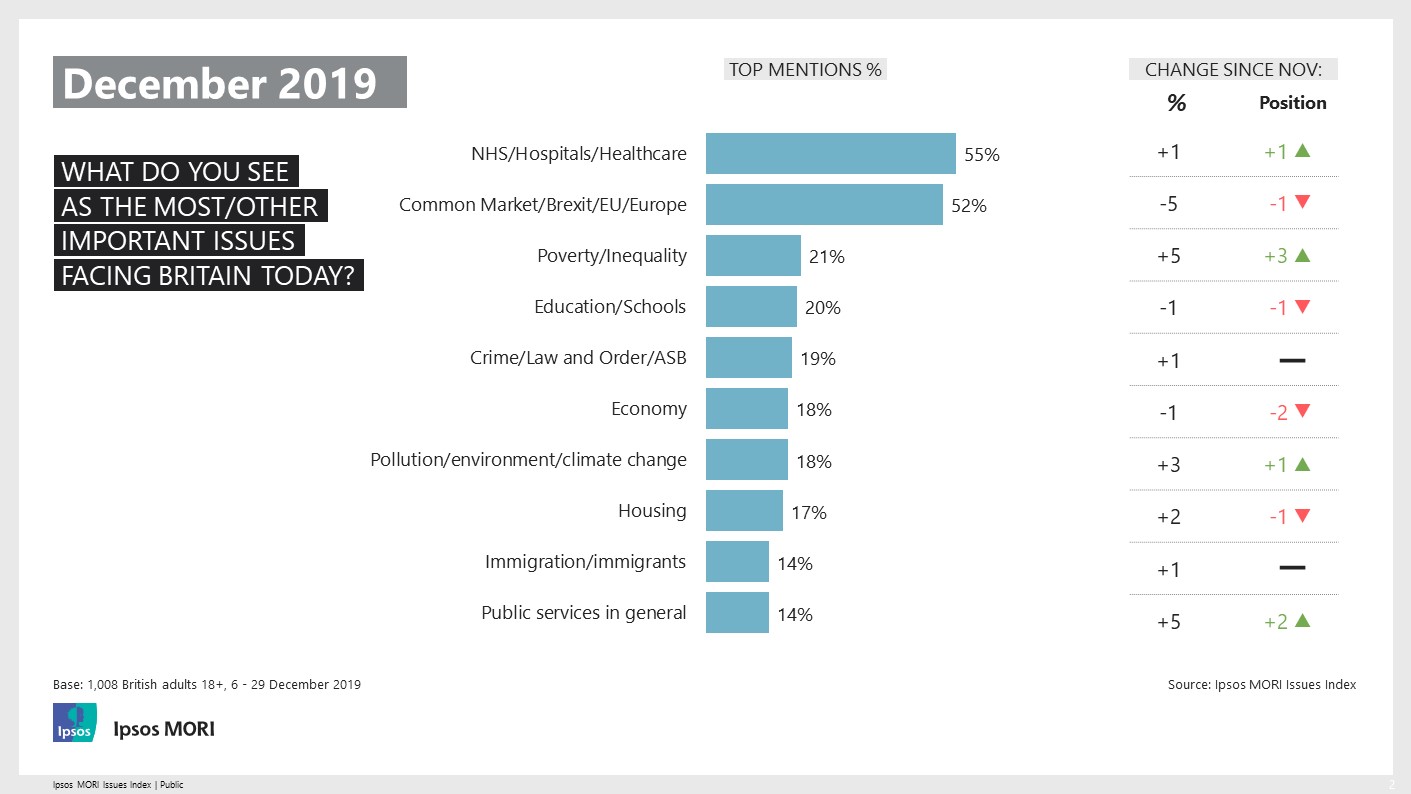 While concern about Brexit and the NHS were close overall there was wide variation between subgroups on the two issues. 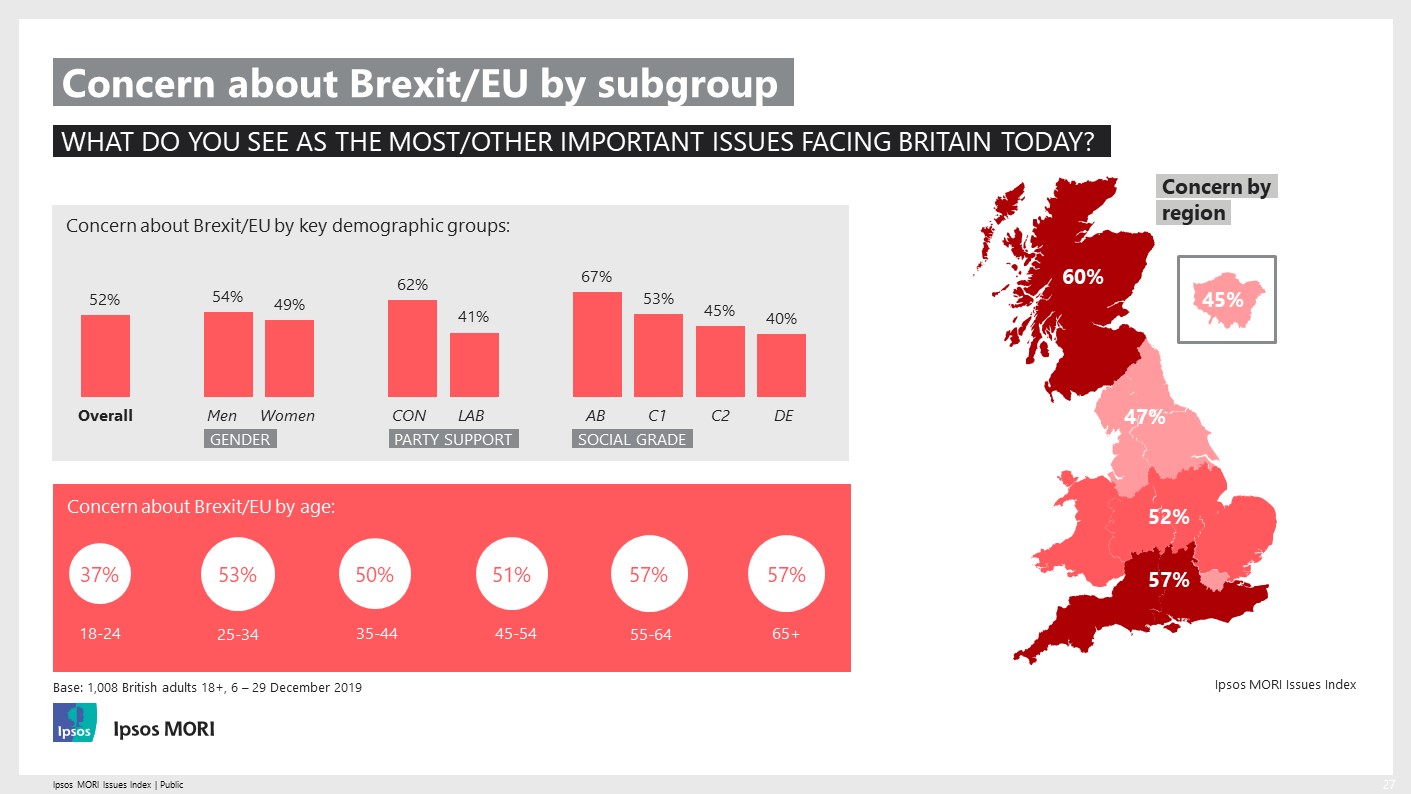 The final Issues Index for 2019 hints at changing public priorities for 2020. In addition to the NHS replacing Brexit as the country’s biggest concern, we saw rising worry around poverty, the environment and public services more generally

However, it is important to remember that although the intensity of feeling around Brexit appears have subsided somewhat, it remains a significant public worry. Having two issues – the NHS and Brexit – scoring more than 50 per cent in the same month is unusual and speaks to the historically high level of concern about both during the election month

Ipsos's Issues Index is conducted monthly and provides an overview of the key issues concerning the country. Ipsos interviewed a representative quota sample of 1,008 adults aged 18+ across Great Britain. The answers are spontaneous responses, and participants are not prompted with any answers.
Ipsos's Capibus vehicle was used for this survey. Interviews were conducted face-to-face in-home between 6 and 29 December 2019 at 186 sampling points across Great Britain. Data are weighted to match the profile of the population.