New research by Ipsos shows a fall in the number of Britons saying the government is not doing enough to tackle the cost-of-living crisis but Labour still more trusted on the issue than the Conservatives.

Half of Britons want more support from their government, with 49% saying they are not helping people enough through the cost-of-living crisis. 13% say they are giving too much support while a quarter (25%) say they are providing about the right amount of help.

However, following recent measures announced by Chancellor Rishi Sunak to tackle the issue, the proportion of Britons that think not enough is being done has fallen from 76% in early May to 49% now – a decrease of 27 points. 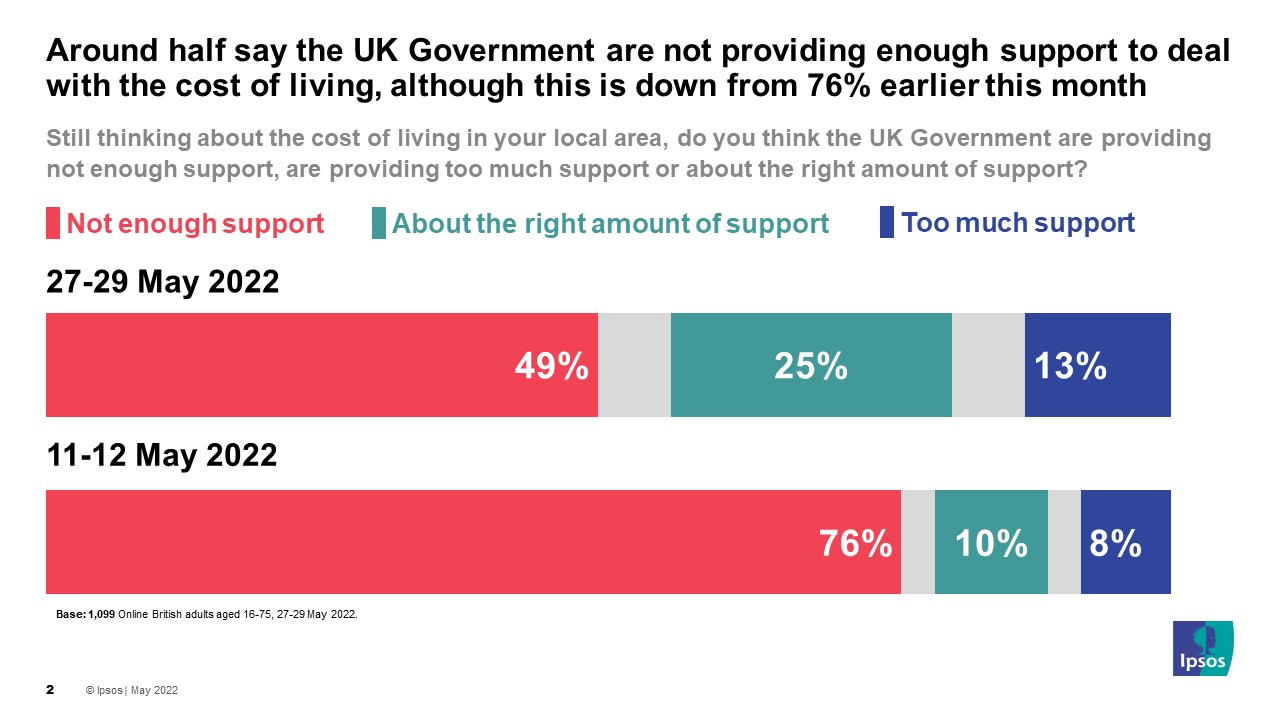 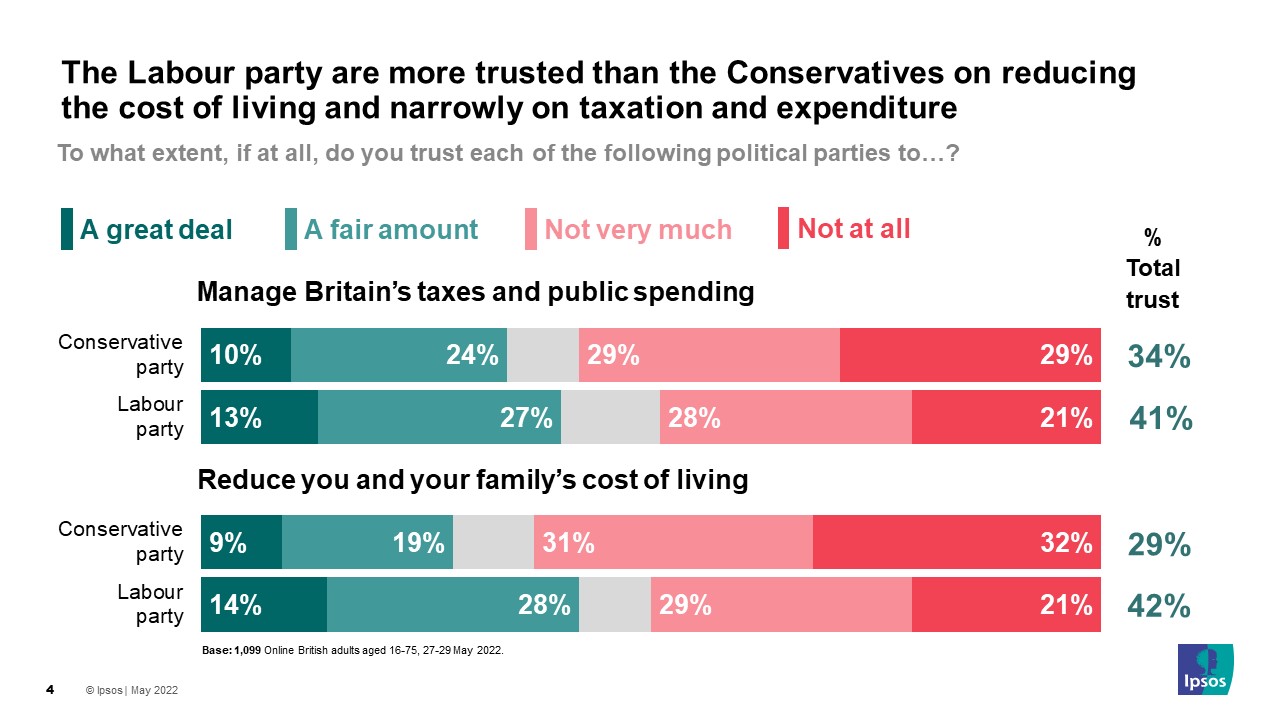 However, neither party is trusted by a majority. Almost 6 in 10 (58%) say they do not trust the Conservative Party very much, if at all, to manage taxes and public spending while half (50%) feel the same about Labour. On reducing the cost of living, almost two-thirds do not trust the Conservatives (63%) while 49% lack confidence in the Labour Party.

Ipsos interviewed a representative quota sample of 1,099 adults aged 16-75 in Great Britain. Interviews took place on the online Omnibus using the Ipsos.Digital platform between 27th to 29th May 2022. Data has been weighted to the known offline population proportions.