The latest Ipsos Political Pulse for The Economist, taken 6-10 January, looks in-depth at public expectations around Prime Minister Rishi Sunak’s recent 5 key pledges. Each of the 5 pledges were split into two parts – an action and a consequence – with the public asked which of the resulting 10 pledge parts were most important to them and whether they thought a Sunak-led Conservative government, or a Starmer-led Labour government, could deliver on them.

Sunak’s pledges – importance to the public

The top three most important parts of Sunak’s 5 pledges to the public were:

Sunak’s pledges – who can deliver?

The public were asked whether a Sunak government or a Starmer government could deliver in each of the 10 areas described. They were awarded a net score for each pledge based on subtracting the proportion of Britons that thought each would do a bad job delivering in each area from the proportion that thought they would do a good job. For example, 23% of the public think a Sunak-led Conservative government would do a good job halving inflation this year and 44% said they would do a bad job. This gave Sunak’s Conservatives a score or -21 on this area of the first pledge.

The below chart summarising the performance of Sunak’s Conservatives and Starmer’s Labour in these areas highlights three key themes:

A full breakdown of net scores for each pledge part can be found below: 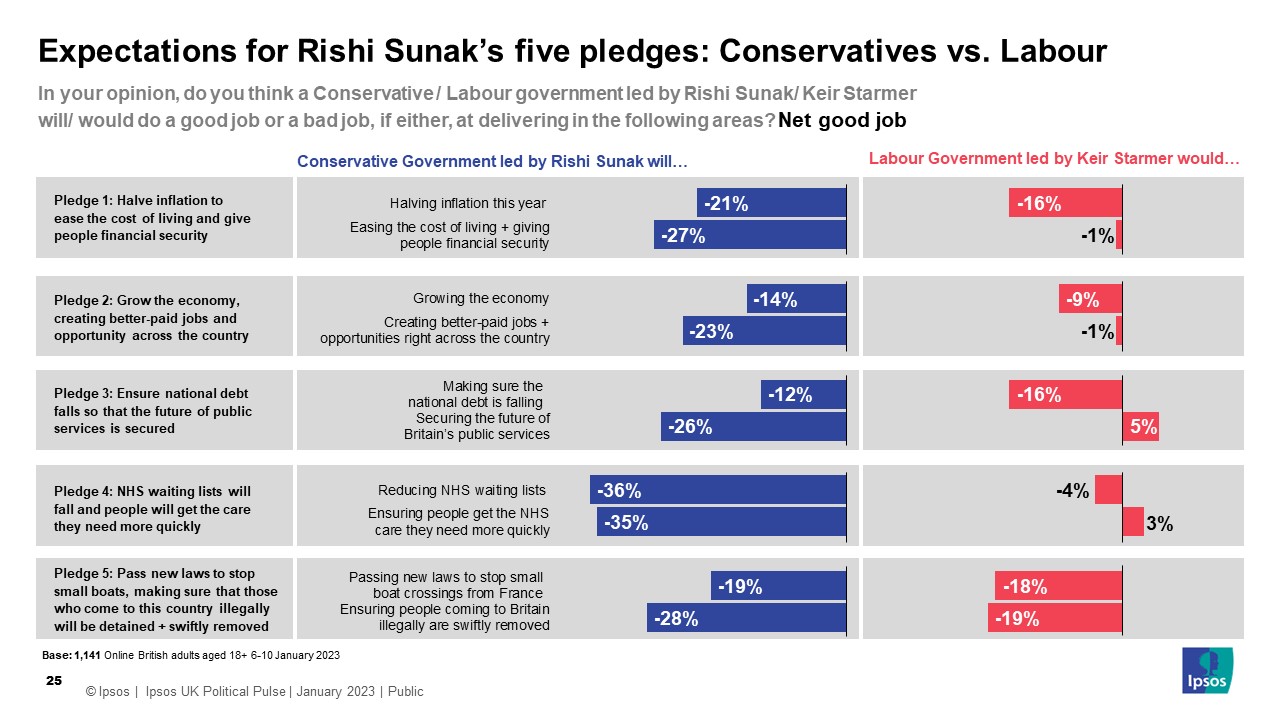 When asked favourability towards national party leaders, senior government ministers and some past party leaders we find:

Turning to the parties themselves 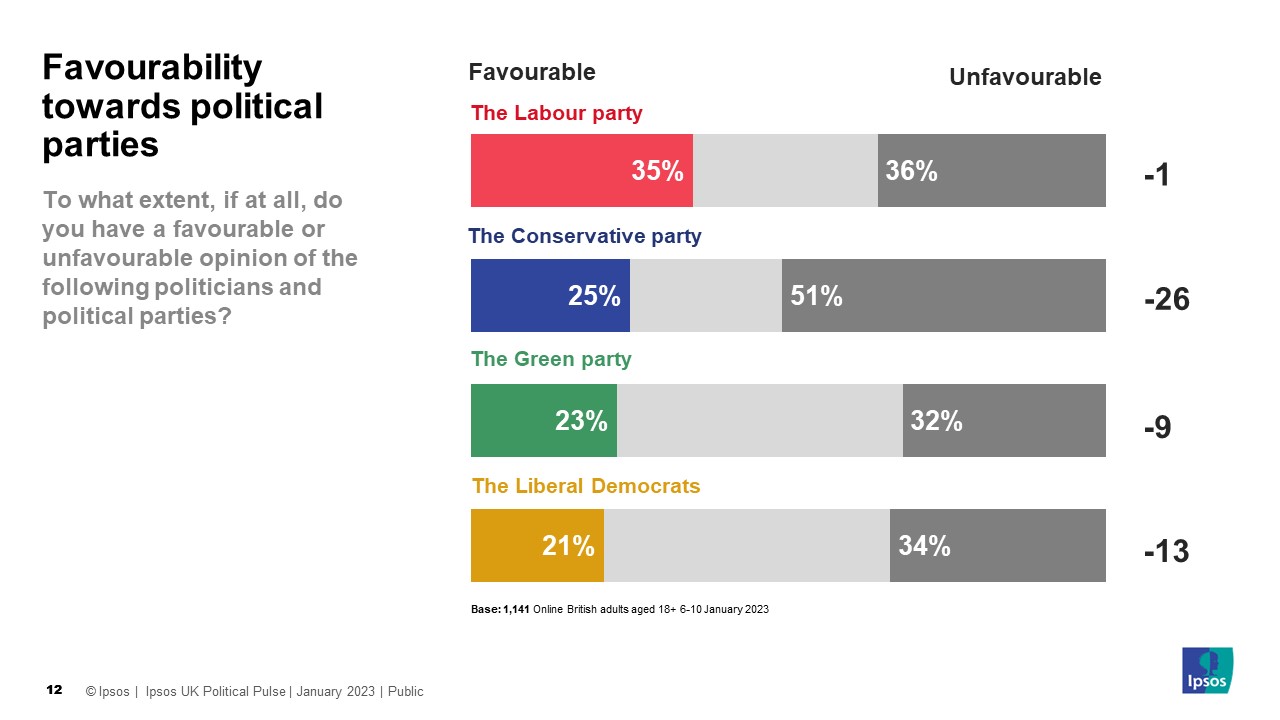 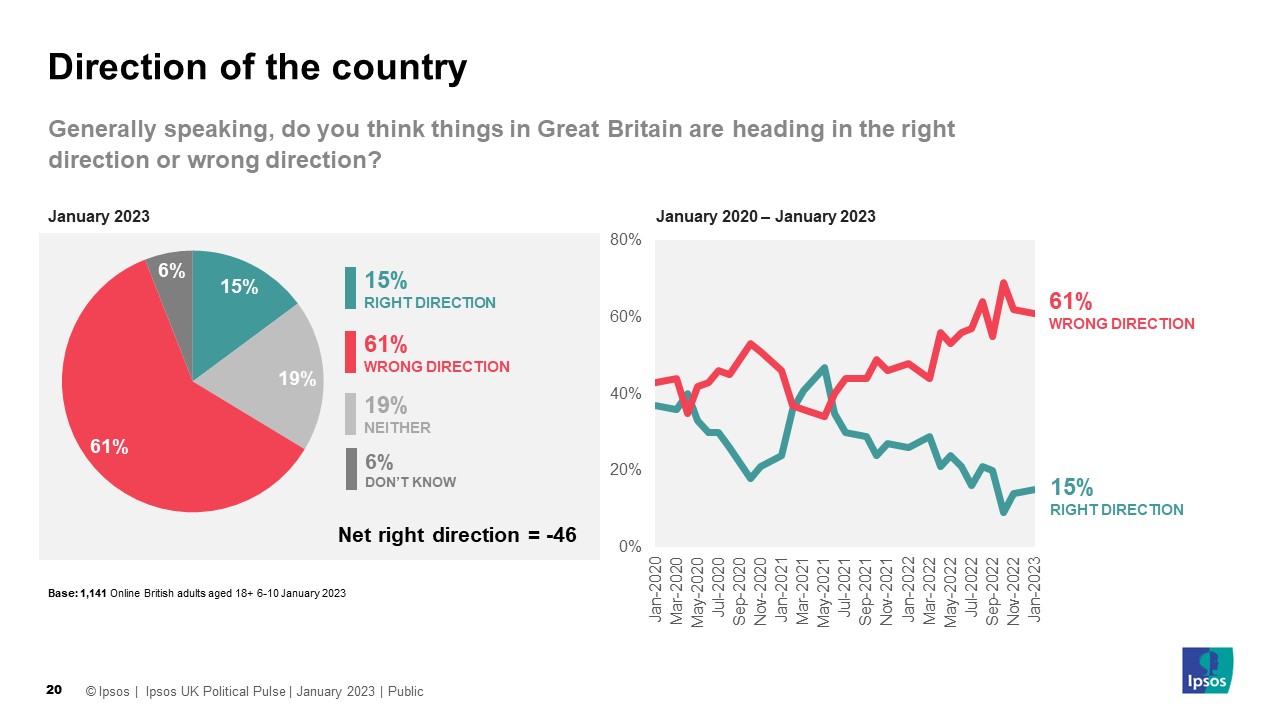 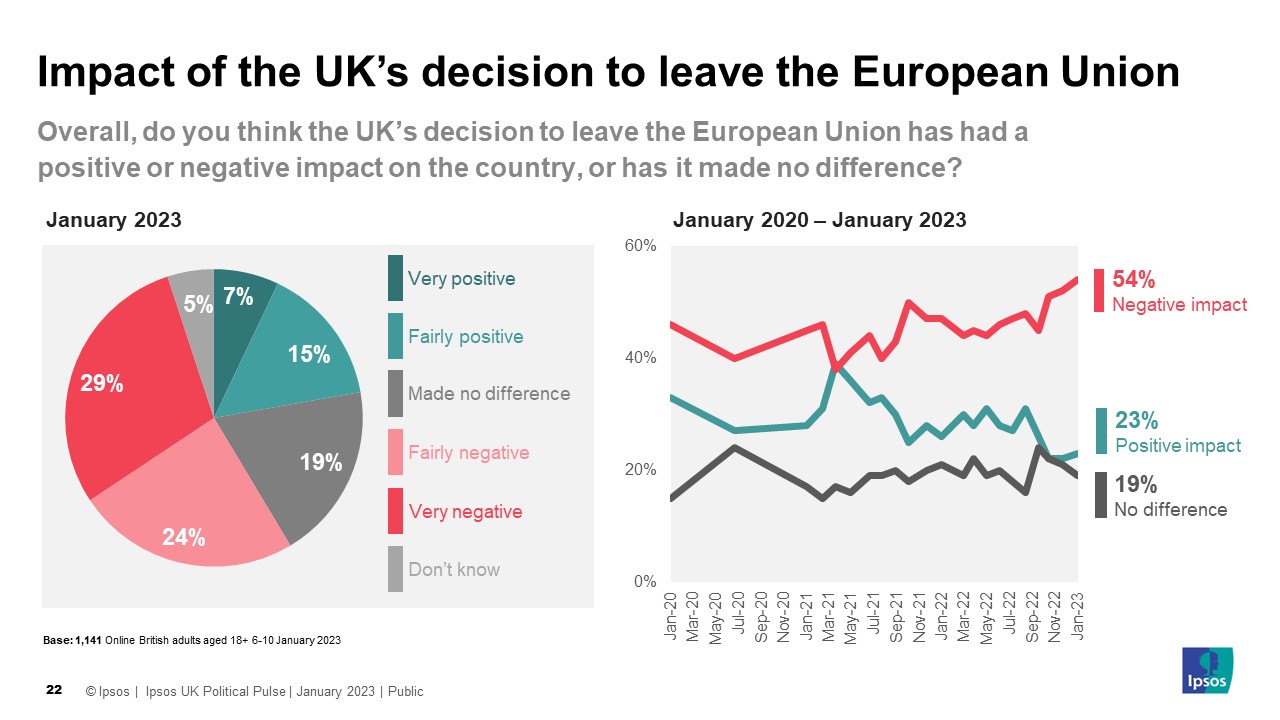 Public attitudes to Rishi Sunak’s pledges outline two key challenges for the Prime Minister. First, that the public are highly sceptical he will improve the NHS – a key public priority. Second, the public are less likely to think the Conservatives can deliver meaningful change in a host of areas related to jobs and public services than Labour. Whilst public faith in Labour may be lukewarm, there is more of it present than for the Conservatives, reflecting Labour’s current lead in the polls.

Ipsos interviewed a representative sample of 1,141 Britons aged 18+. Interviews were conducted online from 6-10 January 2023.  Data are weighted to match the profile of the population. All polls are subject to a wide range of potential sources of error.