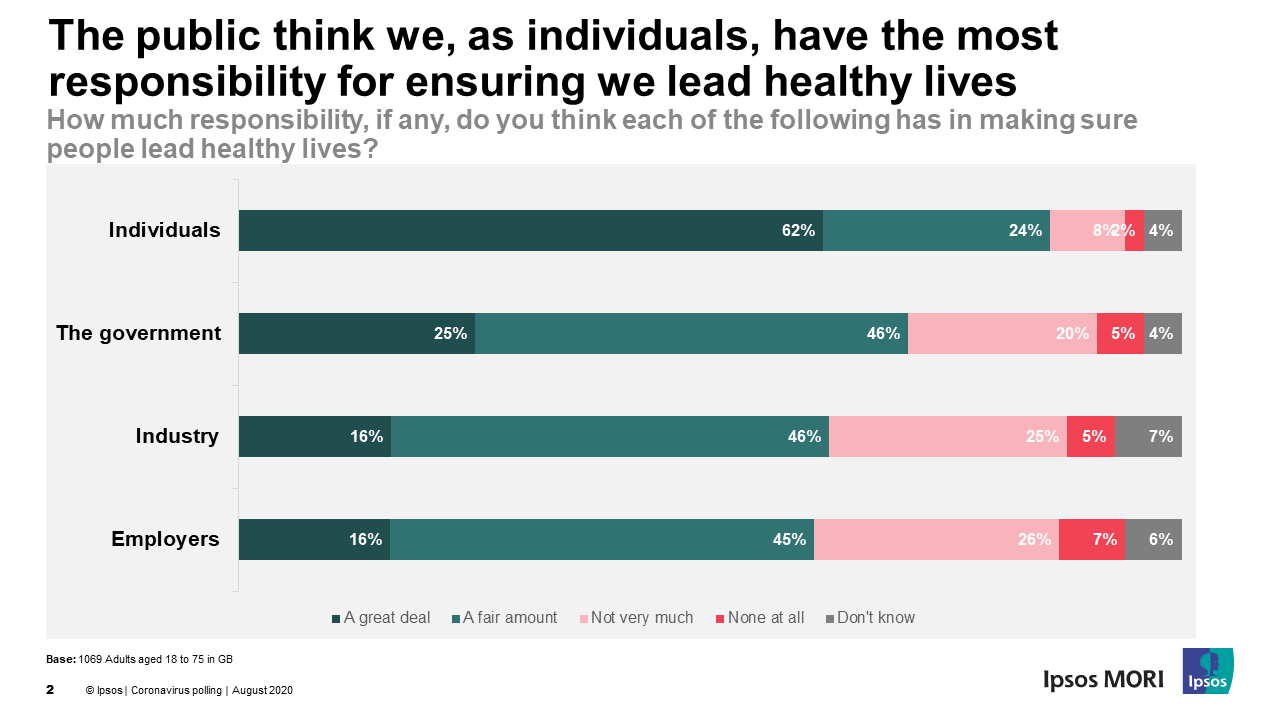 There is broad support for government intervention in tackling obesity but that varies depending on the specific measure. There is majority support for putting calories on menus and banning adverts for particularly unhealthy foods before the 9pm watershed. 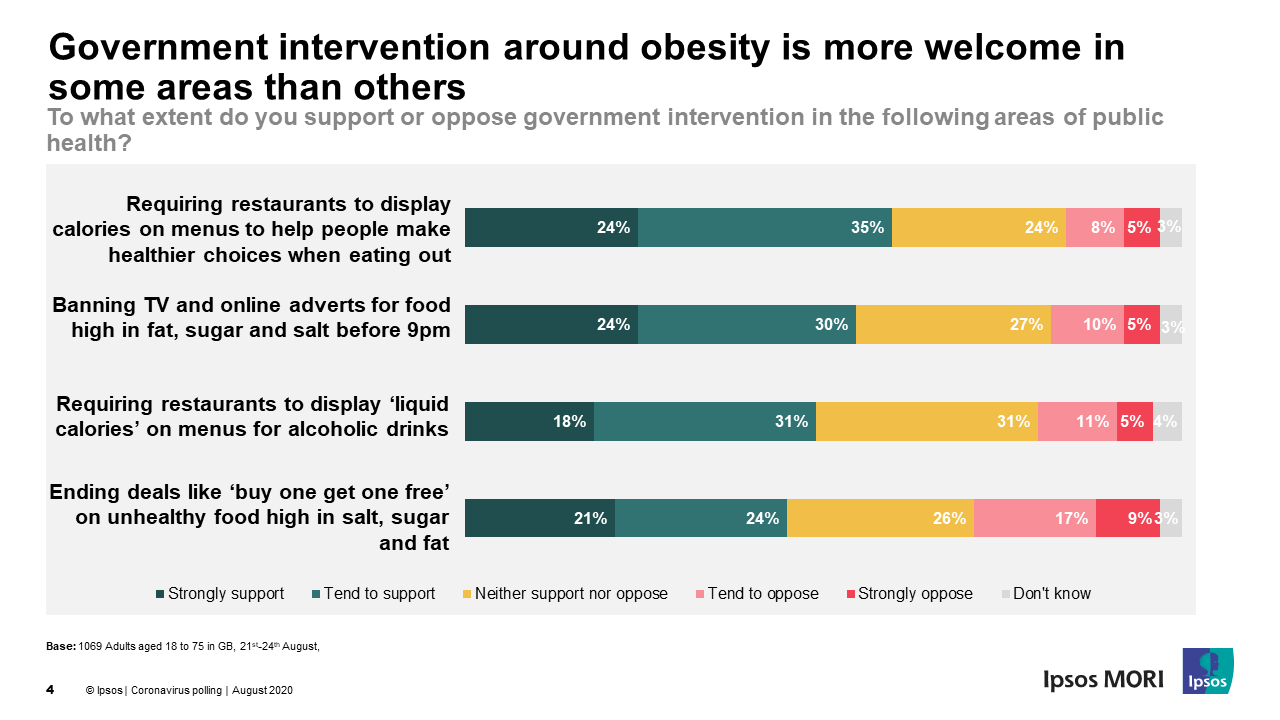 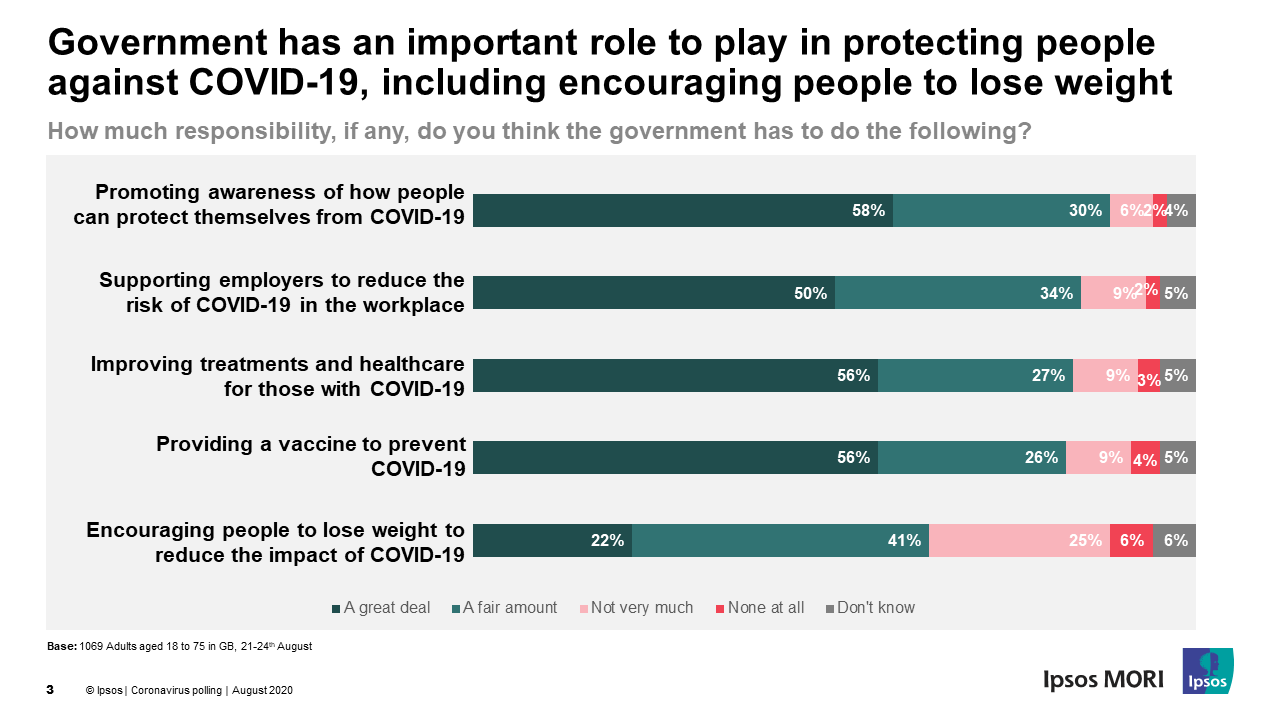