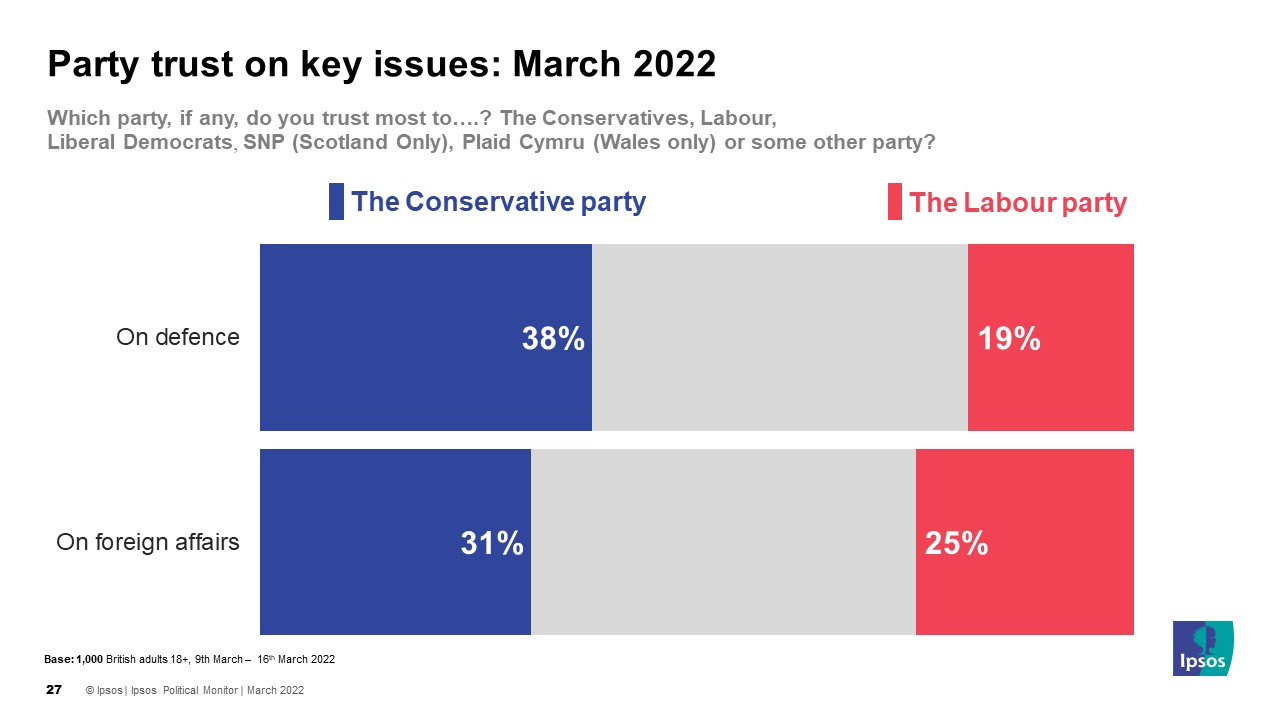 A similar picture is observed when considering party leaders. 34% trust Boris Johnson most on defence and 21% trust Keir Starmer most. Johnson’s lead over Starmer is though much smaller than Theresa May’s lead over Jeremy Corbyn in April 2017 where 57% trusted May most and 18% trusted Corbyn most.  On foreign affairs more generally the two leaders are tied on 26% each.

Ipsos also asked the public whether they approved or disapproved of how the party leaders and various Cabinet ministers were handling the Russian invasion of Ukraine.

For Labour leader Keir Starmer, 33% of the public approve overall and 31% disapprove (35% don’t know). Amongst Labour voters, 50% approve and 22% disapprove. 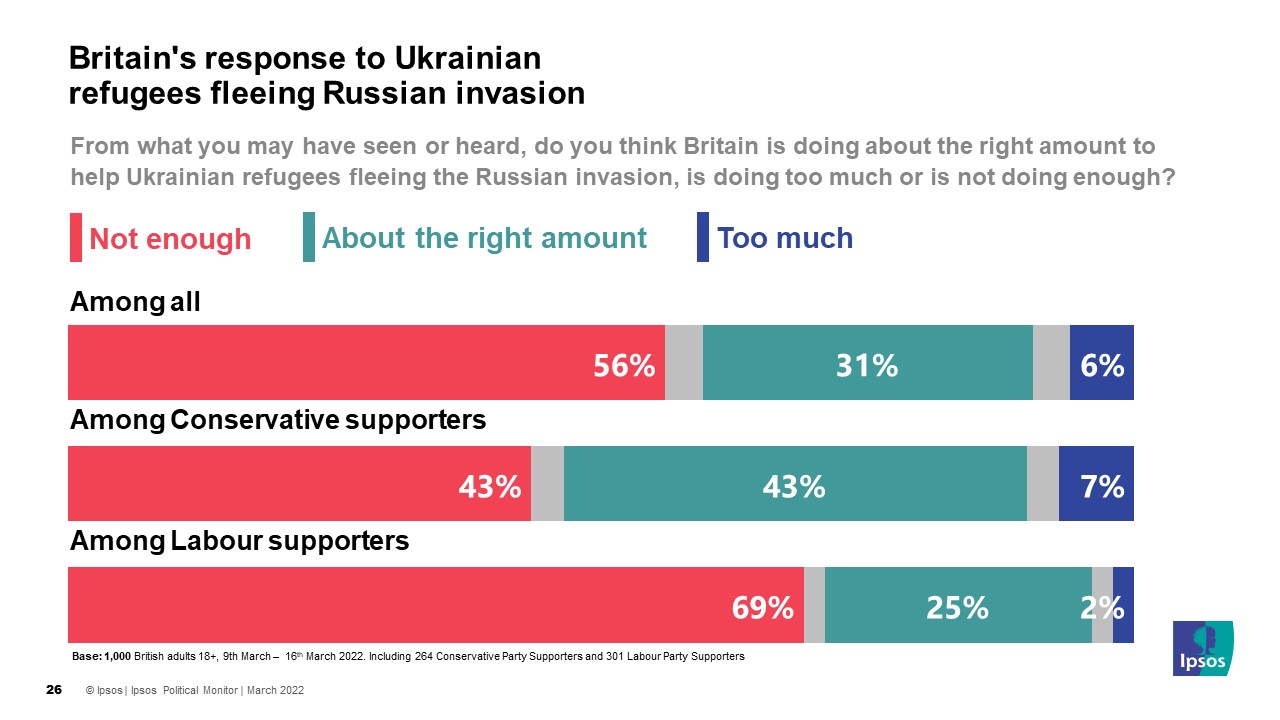 Boris Johnson and the Conservatives have benefited from some recovery in the polls this month, but public reactions to the Government’s response to the war in Ukraine are not all positive.  Around 4 in 10 approve of the way the PM and Defence Secretary are handling the invasion, but reactions are not so encouraging for the Home Secretary amidst public concern that Britain is not doing enough to help refugees.  Views of leaders can also change – Tony Blair had very high public approval ratings for his initial response to the 9/11 terrorist attacks, much higher than Boris Johnson does now, but a year later they had turned negative.  Nevertheless, the Conservatives still have a solid lead over Labour as most trusted on defence and many do not have a strong view of Keir Starmer’s response, although taking a broader view beyond conflict the Labour leader is level with Boris Johnson on foreign affairs more generally.

Ipsos interviewed a representative sample of 1,000 adults aged 18+ across Great Britain. Interviews were conducted by telephone: 9th  to 16th March 2022. Data are weighted to match the profile of the population. All polls are subject to a wide range of potential sources of error.