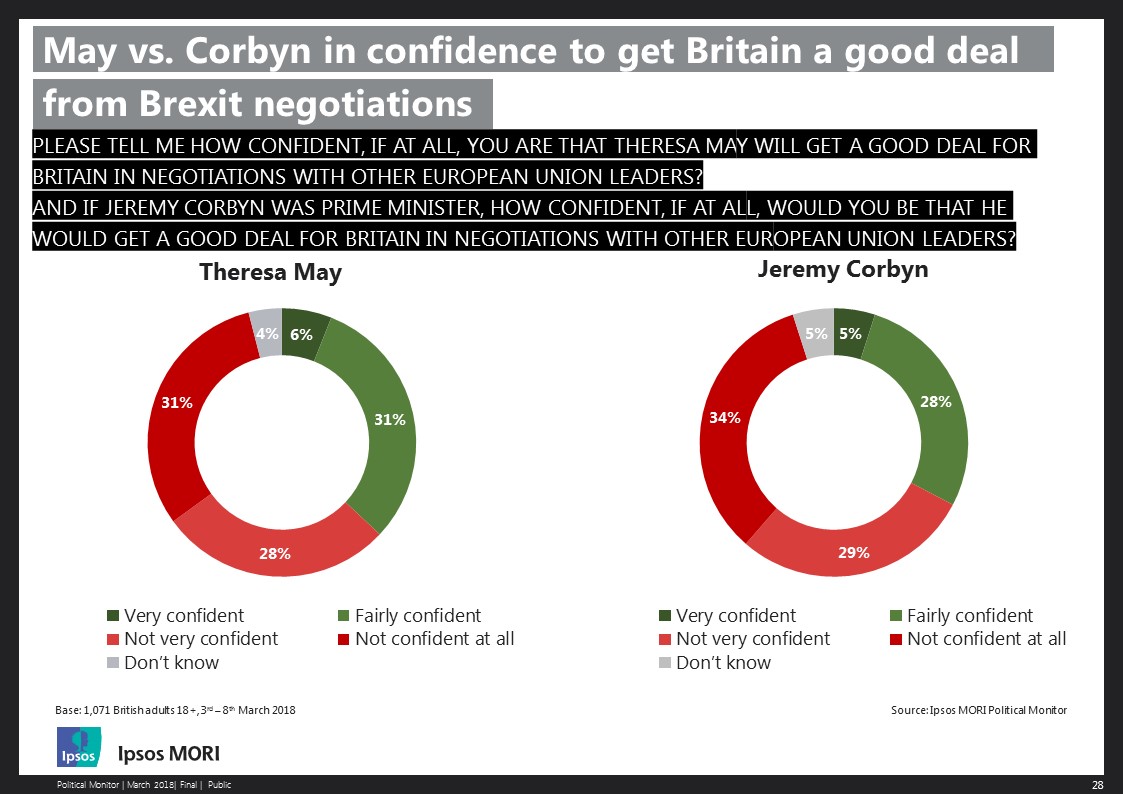 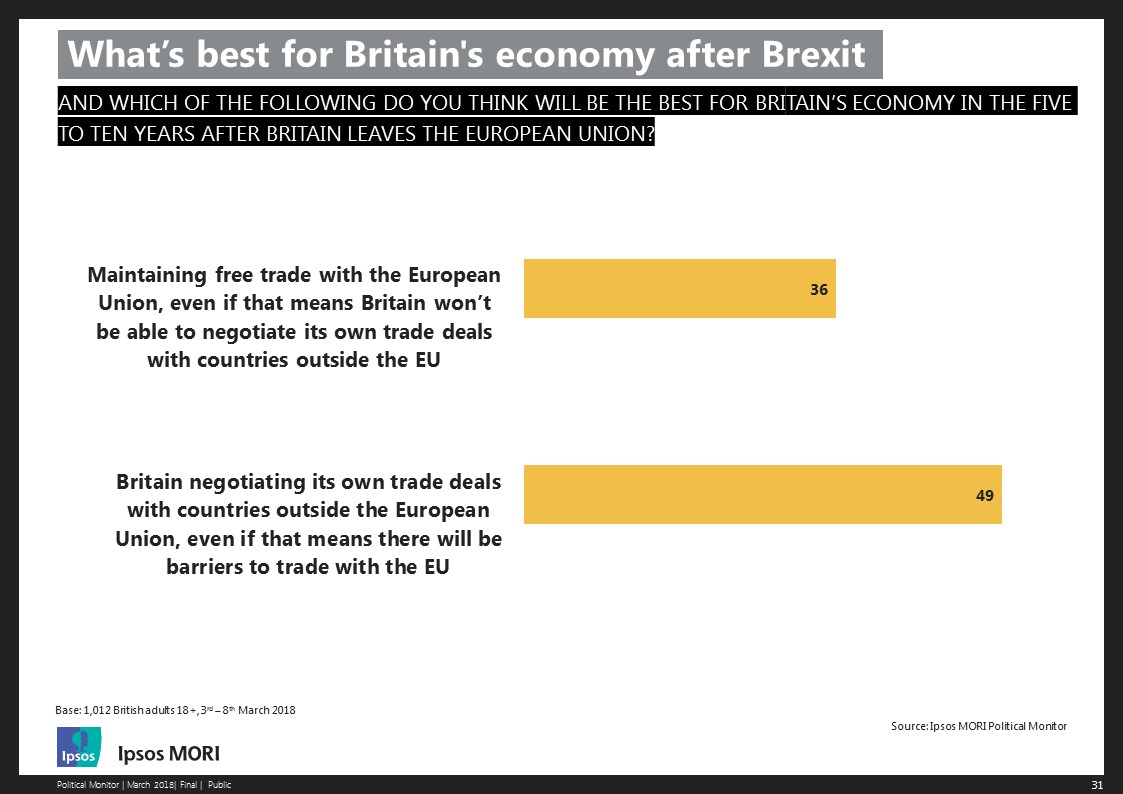 The public have become more satisfied with the way the Prime Minister is handling Brexit since October, since when the negotiations have moved onto phase 2 – and her ratings are more positive than the rest of her Cabinet, especially among older people and her own party supporters.  Britons lack confidence in both Theresa May and Jeremy Corbyn to get a good deal for Britain, but the Prime Minister’s party still has the edge overall when it comes to Brexit.  Apart from some exceptions such as young people, graduates and Londoners, most people prefer the Conservative’s policies on Britain’s future relationship with the EU – although Labour has closed the gap since last April.
Overall though the majority are critical of the government – but most groups are even more critical of the EU.  Only among young people and Liberal Democrats do supporters of the EU match the critics, while Labour supporters are also negative of the EU (although even more critical of the government).

Ipsos interviewed a representative sample of 1,012 adults aged 18+ across Great Britain. Interviews were conducted by telephone 2nd – 7th March 2018.  Sample consists of 70% landline numbers (RDD) and 30% mobile numbers (a mix of RDD and targeted numbers). Data are weighted to the profile of the population.