When asked if there is a “real need to cut spending on public services in order to pay off the very high national debt”, 26% agree but 61% disagree – similar to the balance of opinion when last asked in August 2018 (when 19% agreed and 58% disagreed). However, this is very different to the years after the financial crash in 2010, when most Britons believed there was a need to cut spending to pay off the debt (for example, by 59% to 32% in October 2010). Conservatives are more split on the matter, although are still more likely to oppose spending cuts with 38% agreeing and 48% disagreeing, while Labour supporters are more aligned with 12% agreeing and 75% disagreeing. 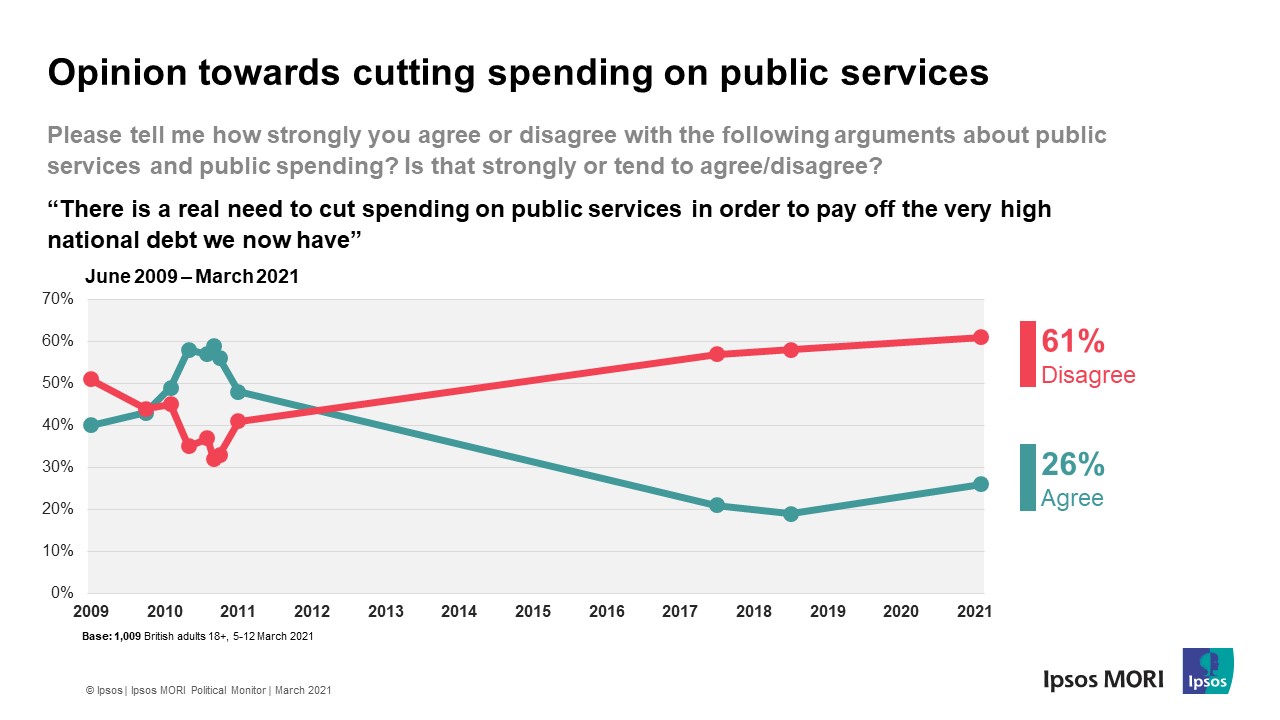 Other key findings from the budget include:

However, nearly four in five (78%) members of the public believe that the pay rise of 1% for most NHS staff in England is too little. One in five (20%) believe it is the right amount, and only 7% think it is too much. Even Conservative supporters are at odds with the policy where 66% say that it is too little (32% say it’s the right amount), as do 91% of Labour supporters.

Overall, though, Rishi Sunak remains popular amongst the public. Three in five (59%) are satisfied with the way he is doing his job at Chancellor (up 3 points from February) while 27% are dissatisfied. When asked whether Rishi Sunak or Boris Johnson would make the most capable Prime Minister the public are split – 42% say Sunak and 41% say Johnson. Conservatives however are more likely to favour the PM (70% vs. 24% for Sunak) while Labour supporters are more likely to favour Sunak (57% vs. 24% for Johnson). The public are also split when it comes to asking if either Rishi Sunak or Keir Starmer would make the most capable Prime Minister (39% say Sunak and 37% say Starmer). 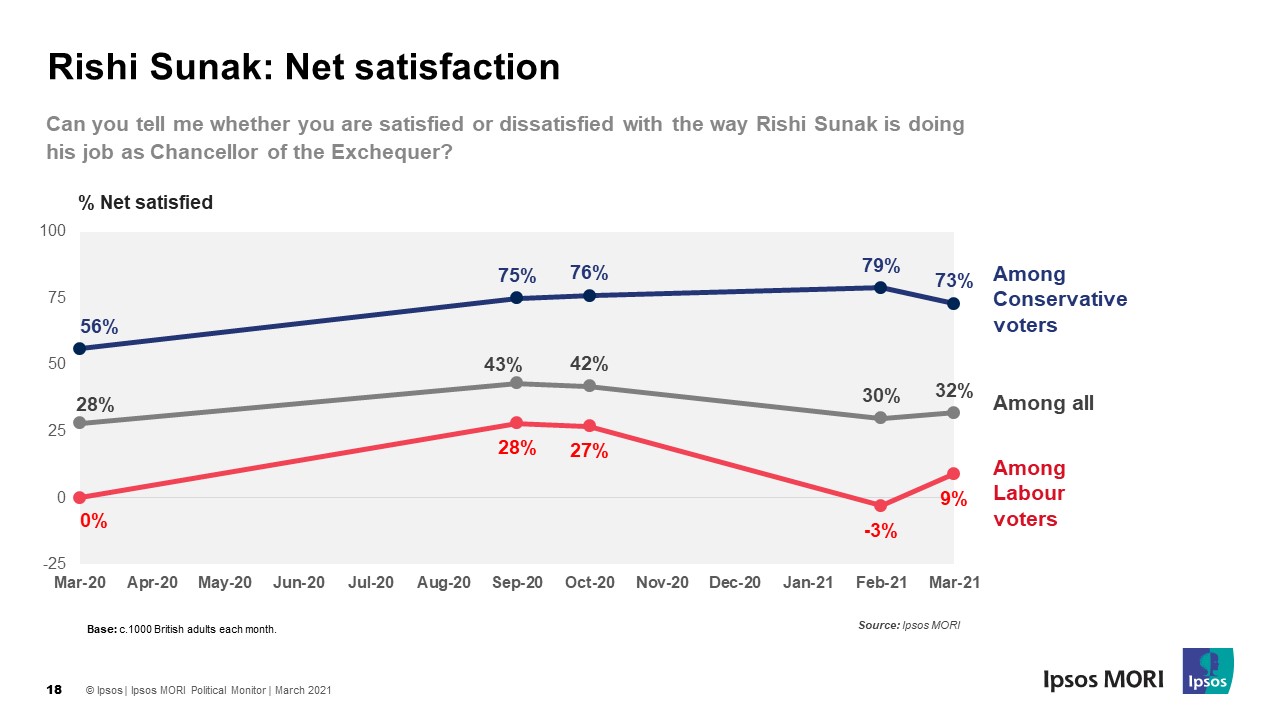 It looks like the politics of public spending post-Covid will be quite different to the reaction to the financial crash. Although then there was agreement that cuts were needed, now Britons don’t want to see further austerity. Broadly, the reaction to the recent Budget and the Chancellor’s satisfaction levels suggest that the public believes that Rishi Sunak is getting the balance right, although there is some concern that the recovery won’t see enough support for ordinary people – especially among those in their twenties and early thirties.

Ipsos interviewed a representative sample of 1,009 adults aged 18+ across Great Britain. Interviews were conducted by telephone 5th – 12th March 2021. Data are weighted to the profile of the population. All polls are subject to a wide range of potential sources of error.