Ipsos’s Scottish Political Monitor, run in partnership with STV News, finds support for the SNP on the constituency vote remains at very high levels ahead of the May 2021 Scottish Parliament elections. However, the party’s support on the regional list vote has fallen by nine percentage points since mid-February. In contrast, support for the Scottish Green Party on the list vote has increased since mid-February, by four percentage points. Just three per cent of voters said they would cast their list vote for Alex Salmond’s Alba Party.

The SNP retains a strong lead in voting intention for both constituency and list votes in next May’s Scottish Parliament elections. The Scottish Conservatives remain in second place on both votes, with Scottish Labour behind them in third. Support for the Scottish Green Party on the list vote is up by four percentage points to 12%.

Around a third (32%) say they might change their mind about which party they’ll cast their list vote for. 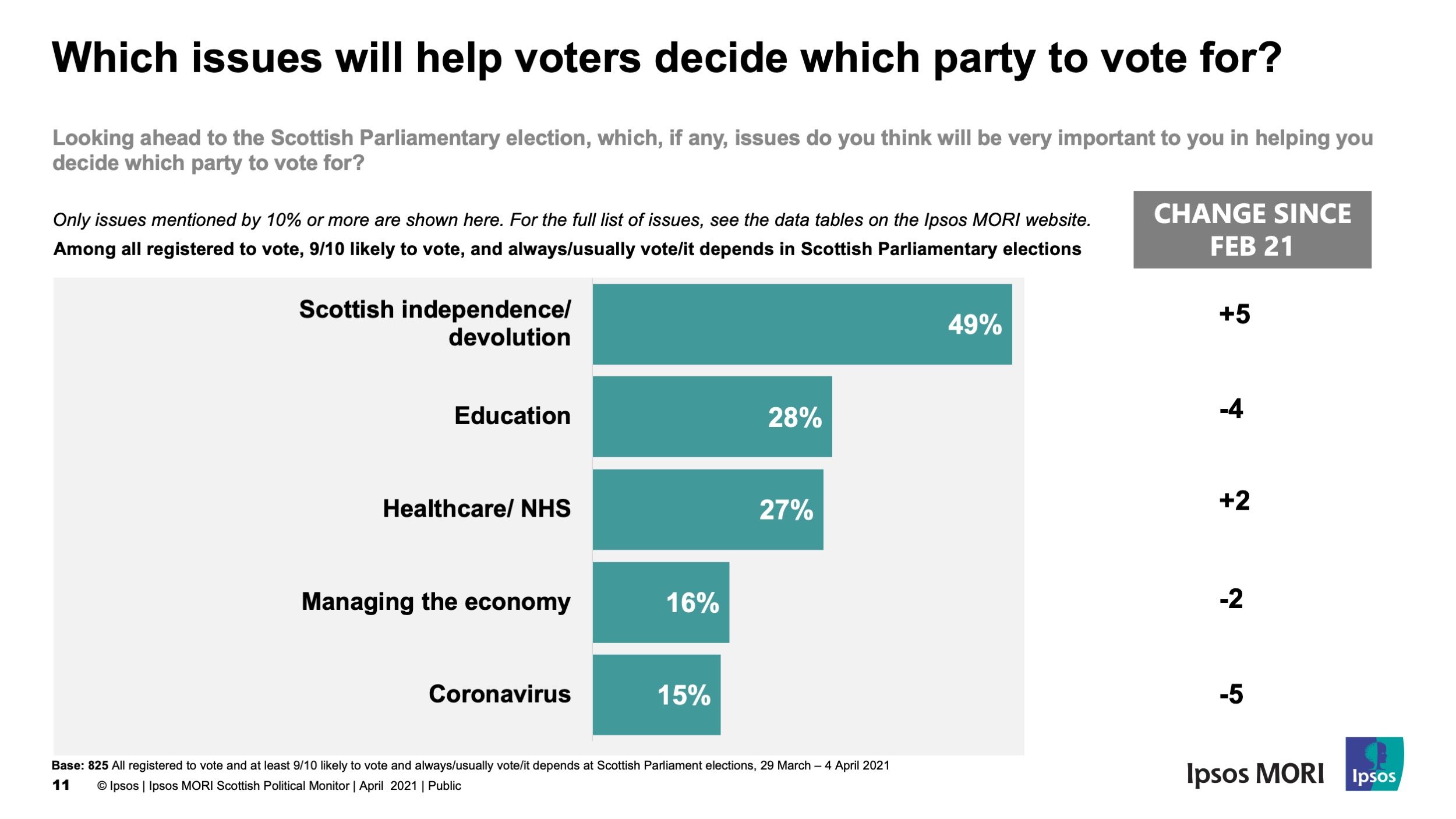 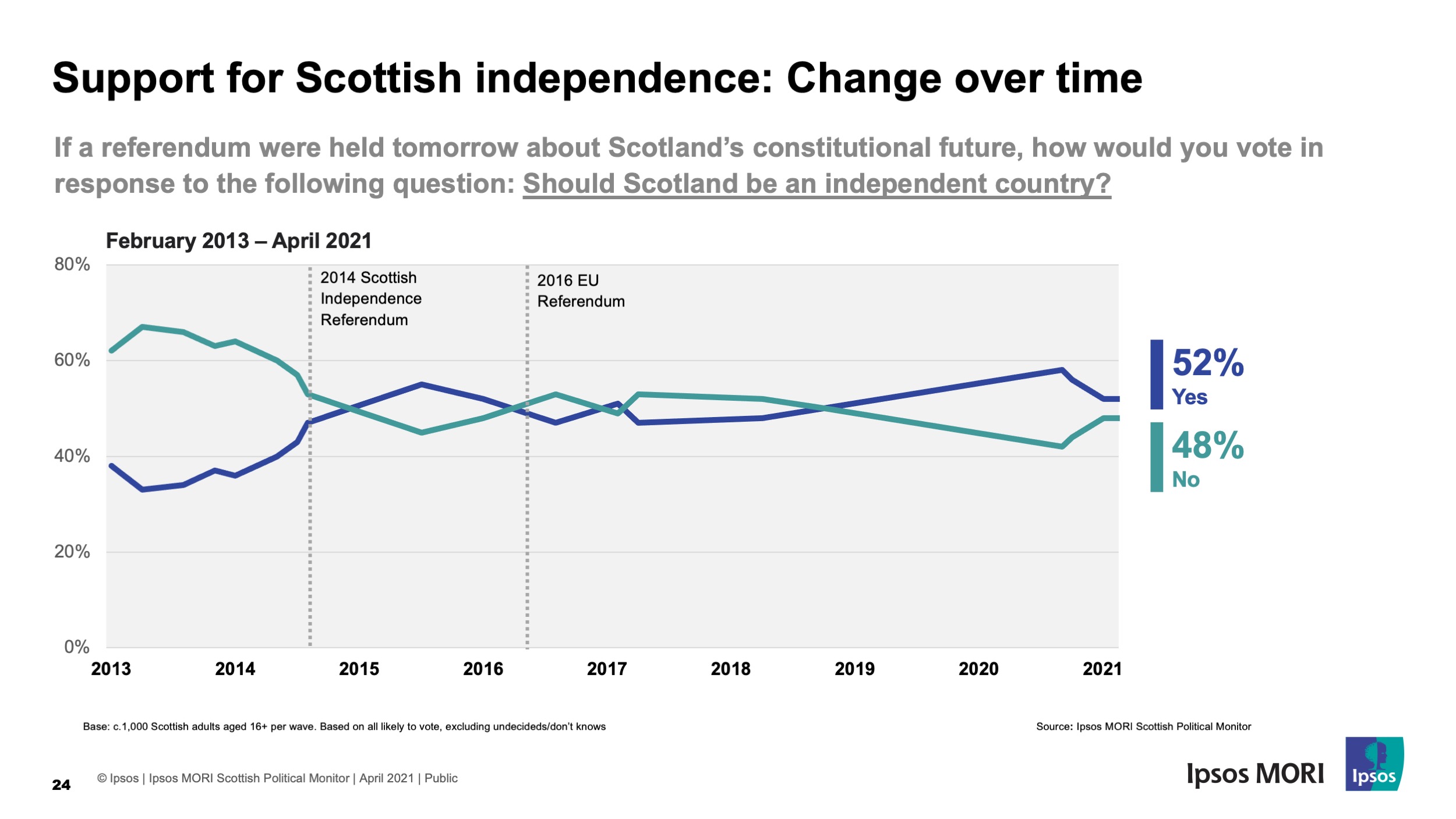 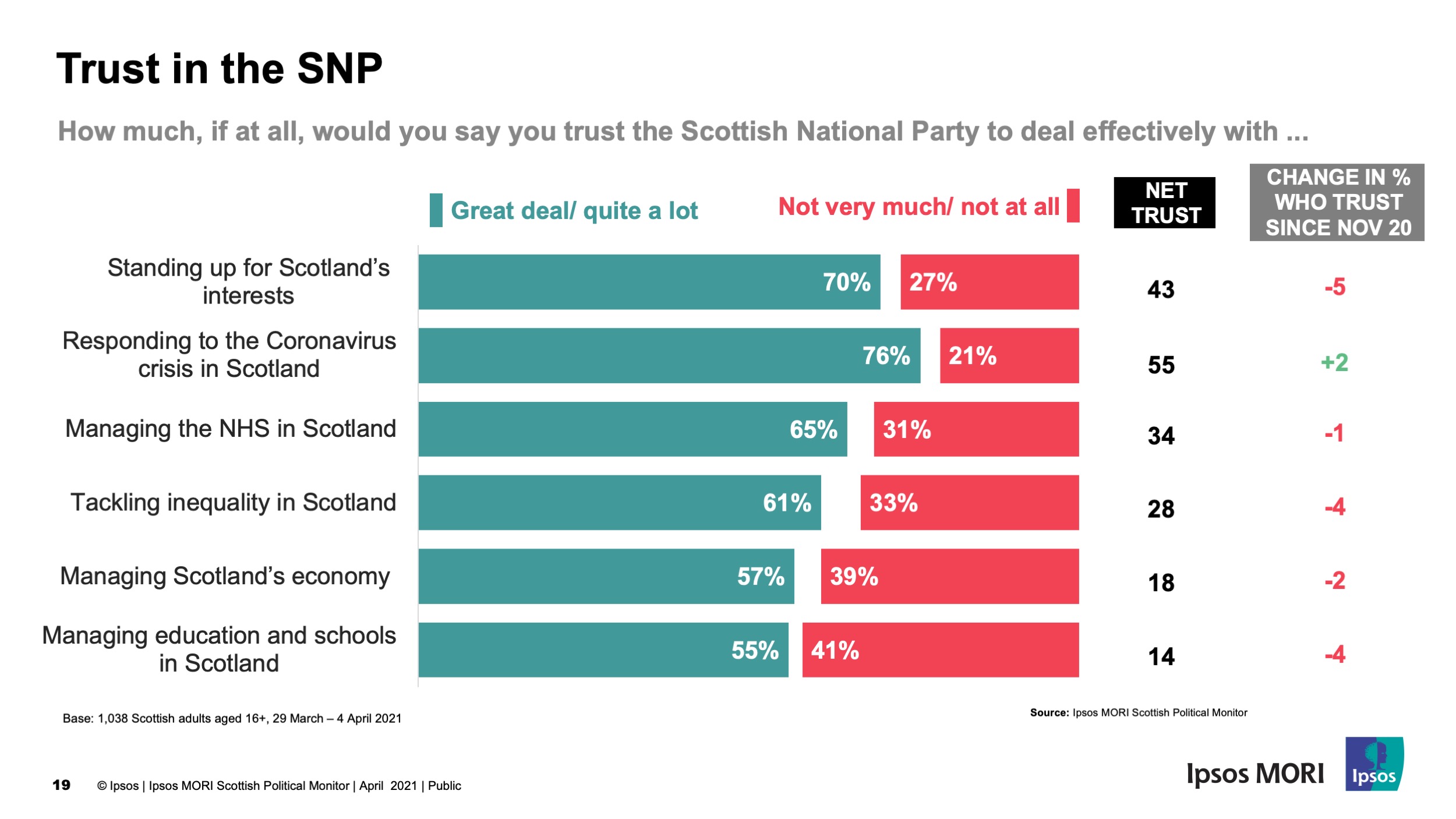 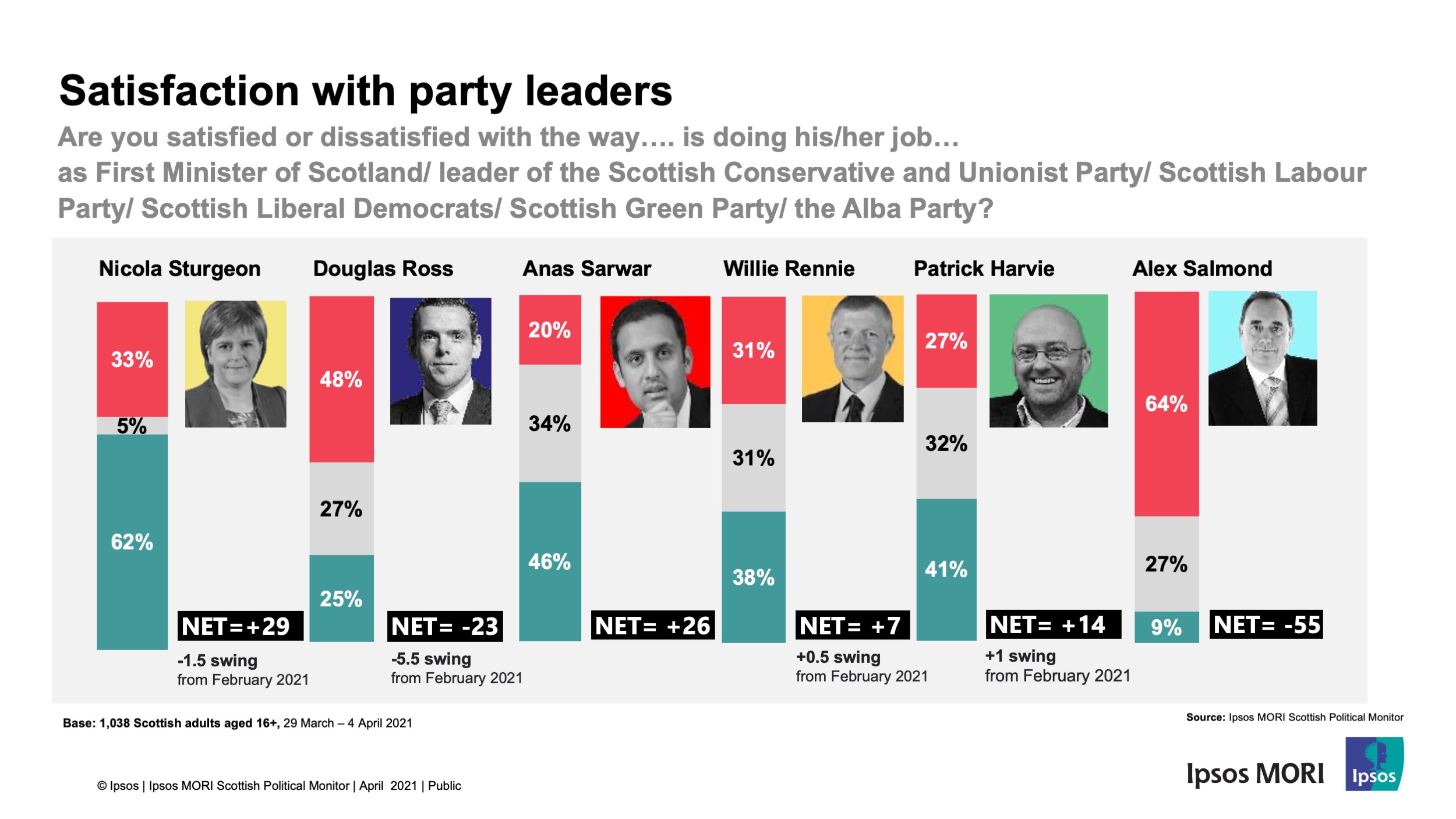 Our latest poll results suggest the SNP are on course to win a majority of seats at Holyrood in May. Independence remains the top issue for Scotland’s voters and an independence ‘supermajority’ at Holyrood looks within the realms of possibility. However, our poll indicates that this may come from an uplift in support for the Scottish Greens on the regional vote rather than for the Alba Party. The Alba Party’s main impact to date may have been to remind pro-independence voters of how to use their regional vote tactically.