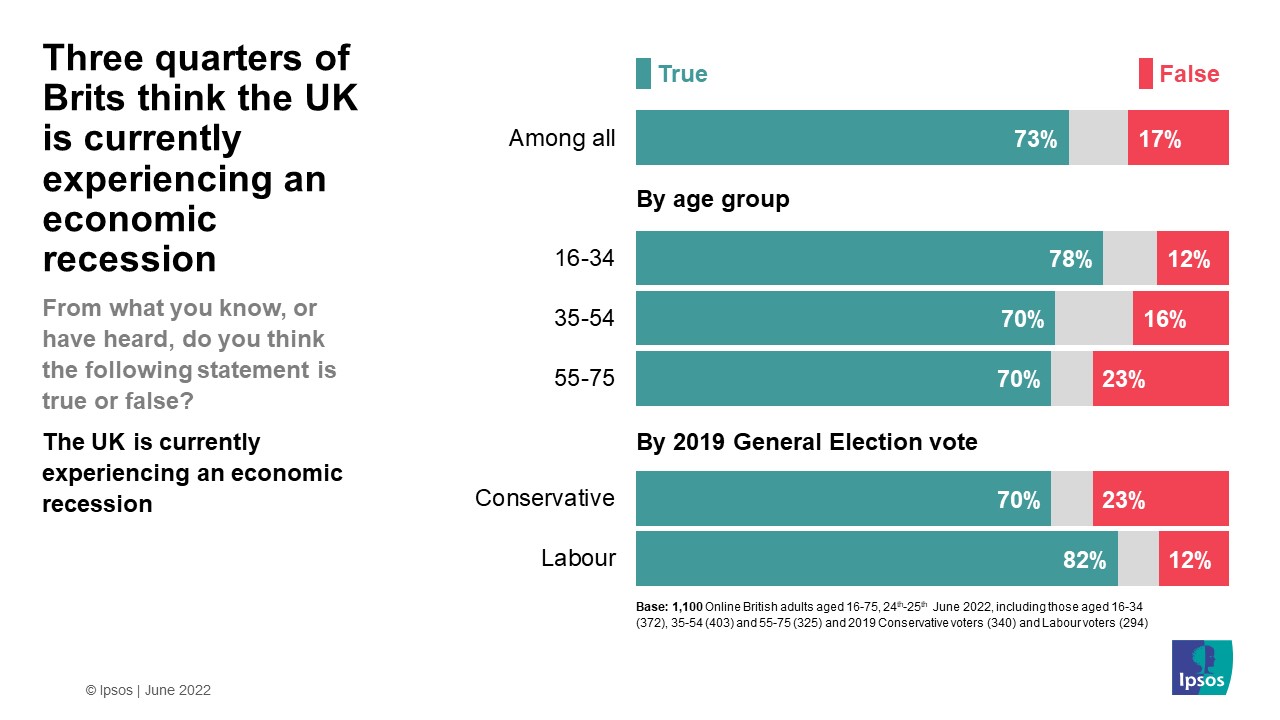 Furthermore, among those who don’t know or don’t think the UK is currently experiencing a recession, just over half say the UK is likely to experience a recession before the end of 2022 (55%), while 24% think it is unlikely. 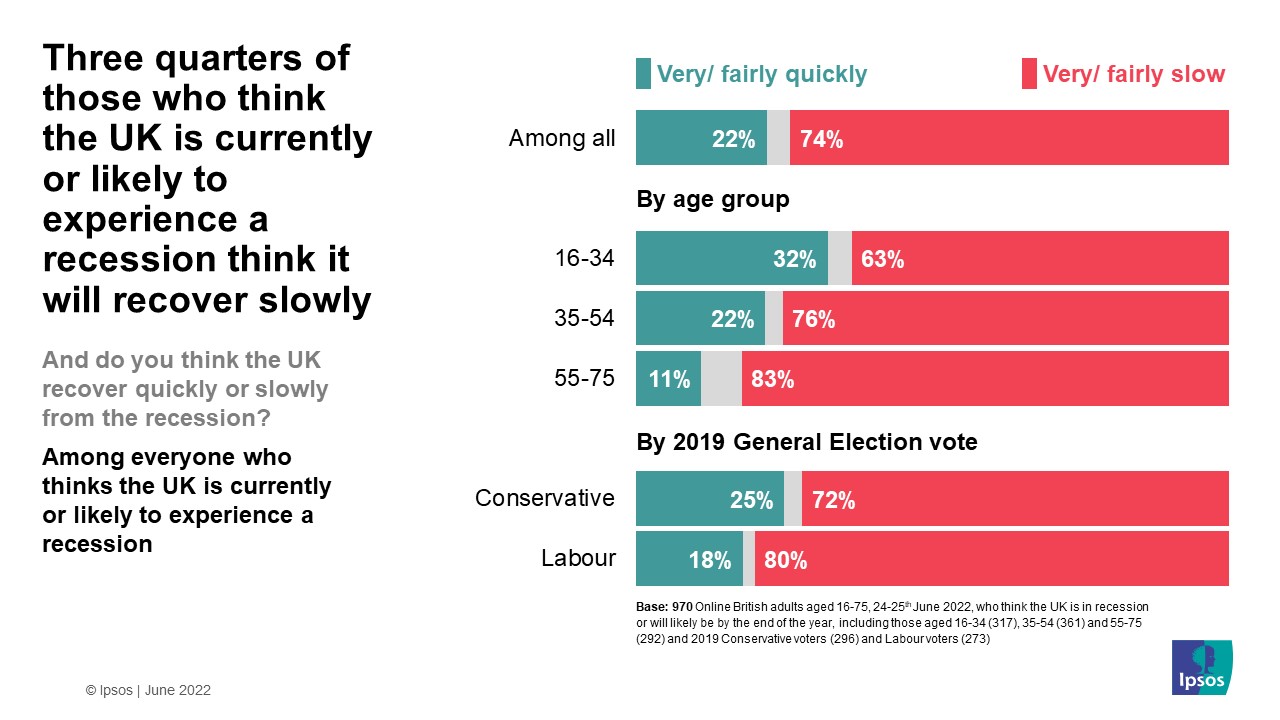 The current view of the British economy has been getting steadily more pessimistic since last year with 72% saying the state of the economy is in a bad state and only a quarter (25%) viewing it well, falling from 37% in November 2021.

Trinh Tu, Managing Director of Public Affairs at Ipsos in the UK, said:

With the cost of living crisis at the top of the public’s agenda, and Andrew Bailey’s latest warnings about the state of the economy, it is not surprising to see the British public feeling pessimistic, with a large majority believing we are already in a recession even though official figures have not declared one yet. With little sign the situation will improve in the short-term at least, this issue is likely to remain a key influence on voters’ views.