Ipsos surveyed 1,142 British adults online aged 18+ between 28th-29th January where nearly half (46%) say leaving the EU has had a negative impact on Britain compared with a third (33%) who say it would have a positive impact.
Opinions are more divided across political parties and age groups. Nearly two-thirds (64%) of Conservative voters say leaving the EU has had a positive impact, compared with just 16% of Labour voters. Older Britons (those aged 55+) are the most likely to see leaving the EU as having a positive impact – 45% say it has been positive, compared with a quarter (26%) of 18-54 year olds.  As would be expected, 2016 Remain and Leave voters also have opposing views, with Remainers more pessimistic than Leavers are optimistic (77% negative vs 62% positive respectively). 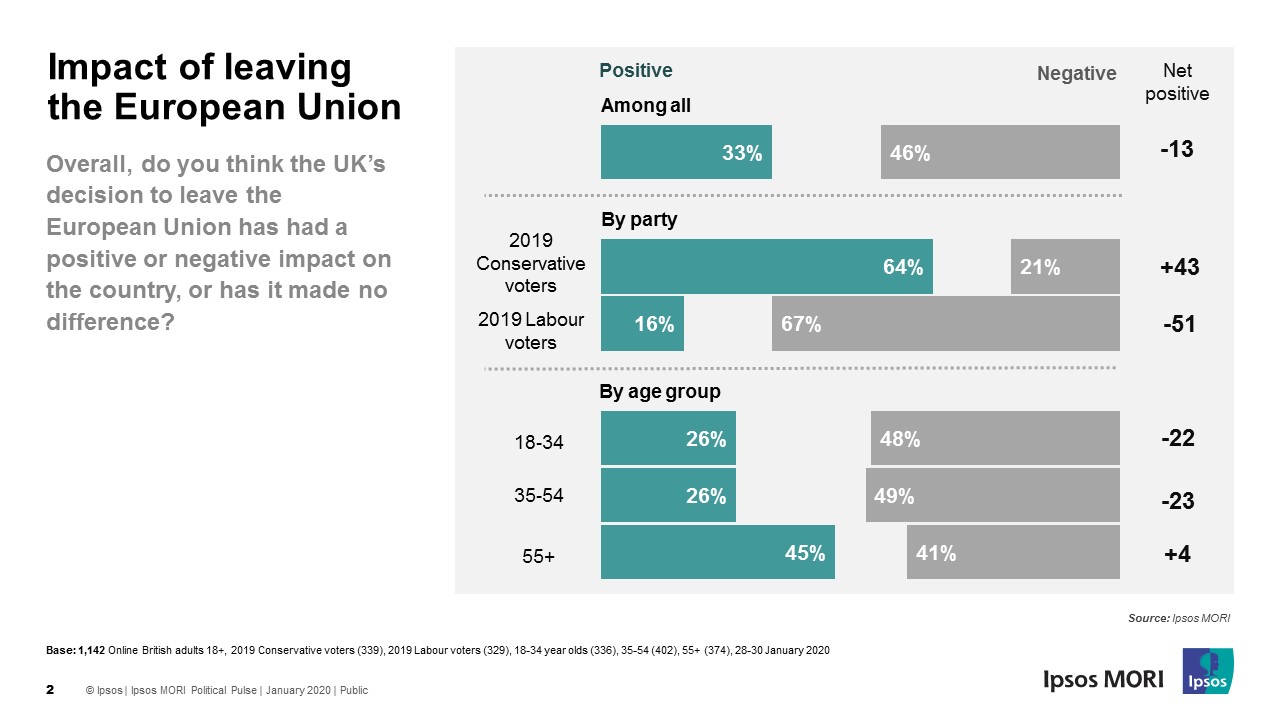 Britain's place in the world 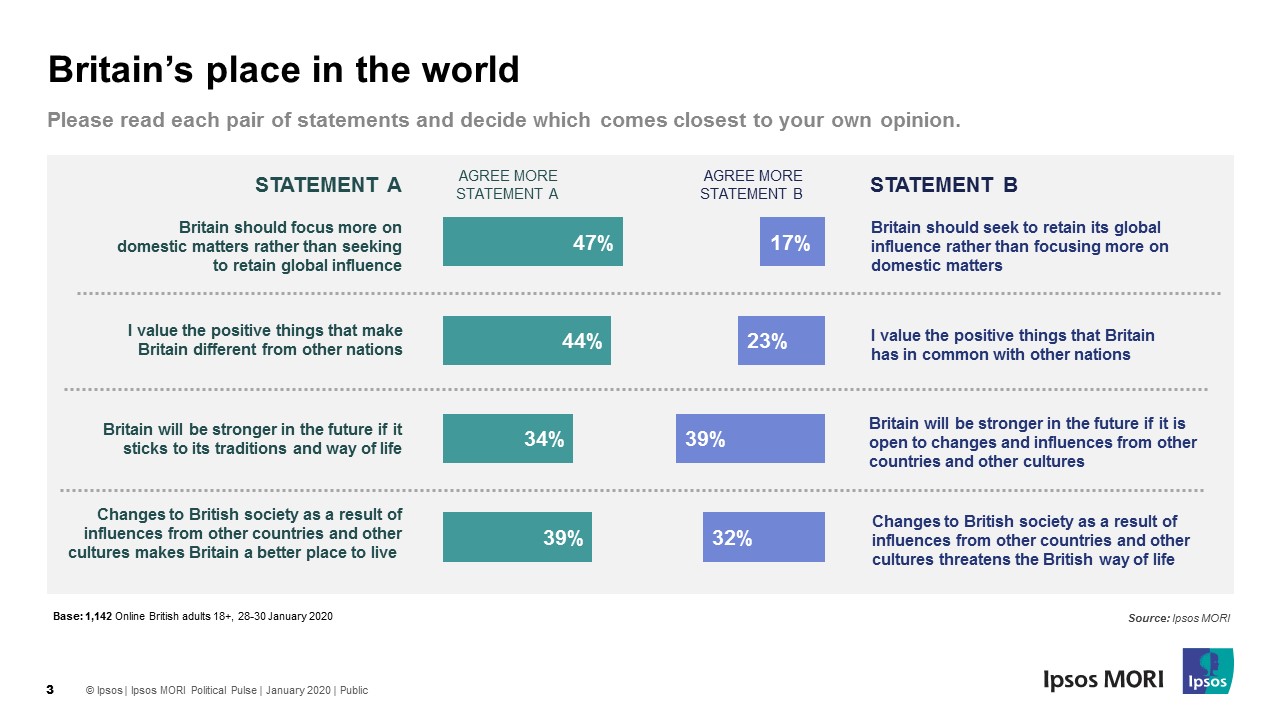 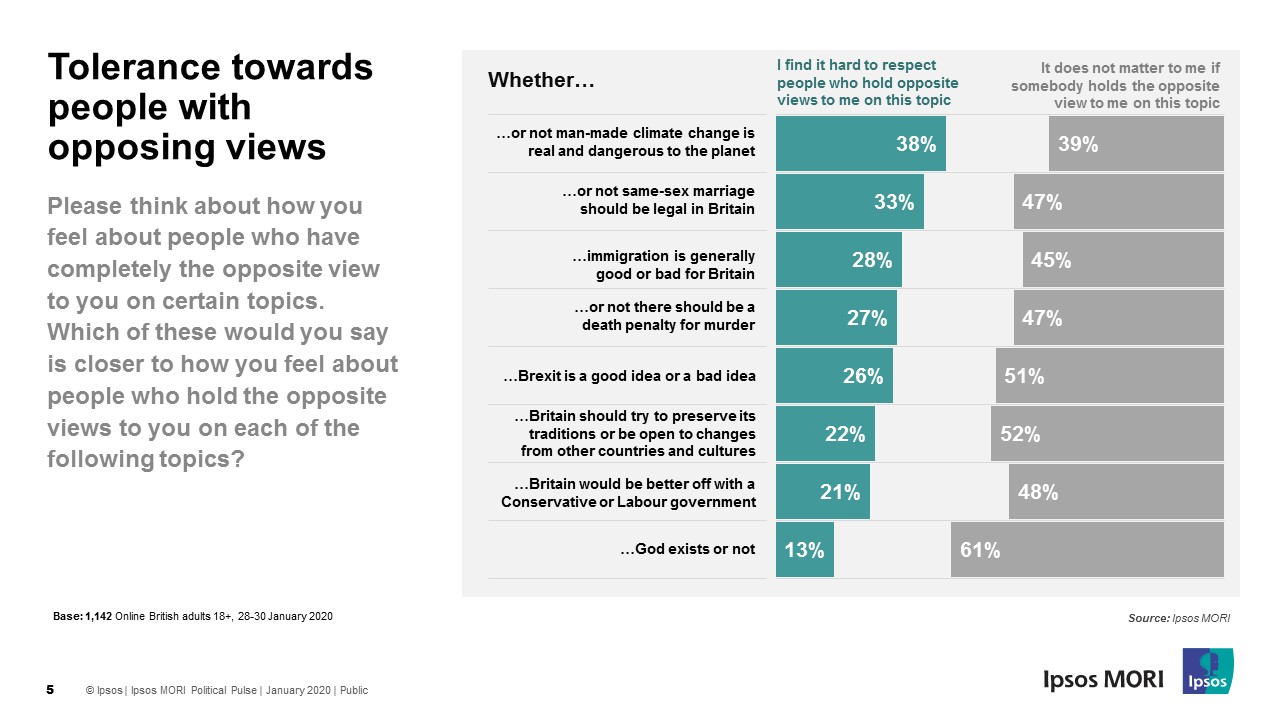 At the point of Britain leaving the EU, the divisions related to differences in cultural values remain very clear to see.  Our recent survey data shows there is a long way to go to heal the divisions made visible by Brexit, especially on attitudes towards tradition and change.  This does not mean divisions can’t be healed – in line with previous research, it is usually only a minority who say they find it hard to respect others who disagree with them on an issue, although it is notable that it tends to be higher among Remain than Leave voters on a range of topics, including climate change and Brexit. But, after 3 years of uncertainty, Brexit is now starting on the road to ‘being done’ and it will be important for government to lead the way in demonstrating the importance of a tolerant and inclusive society in future for the UK.

Ipsos interviewed a representative sample of 1,142 British adults aged 18+. Interviews were conducted online: 28th – 29th January, 2020.  Data are weighted to match the profile of the population. All polls are subject to a wide range of potential sources of error.