Trust in professions remains driven by demographic factors, especially education. Those with a degree-level qualification are more likely than average to say they trust a wide range of professions. The largest gap between degree holders and those with no formal qualifications is on trust in charity chief executives (55% versus 31% respectively), followed by Judges (87% vs 65%), civil servants (73% and 53%), local councillors (50% and 31%) and engineers (95% and 79%). Degree holders are clear on professions they do not trust, too – 22 per cent trust estate agents, compared with 36 per cent of those with no formal qualifications and there is a similar-sized gap on bankers (34% and 47%). 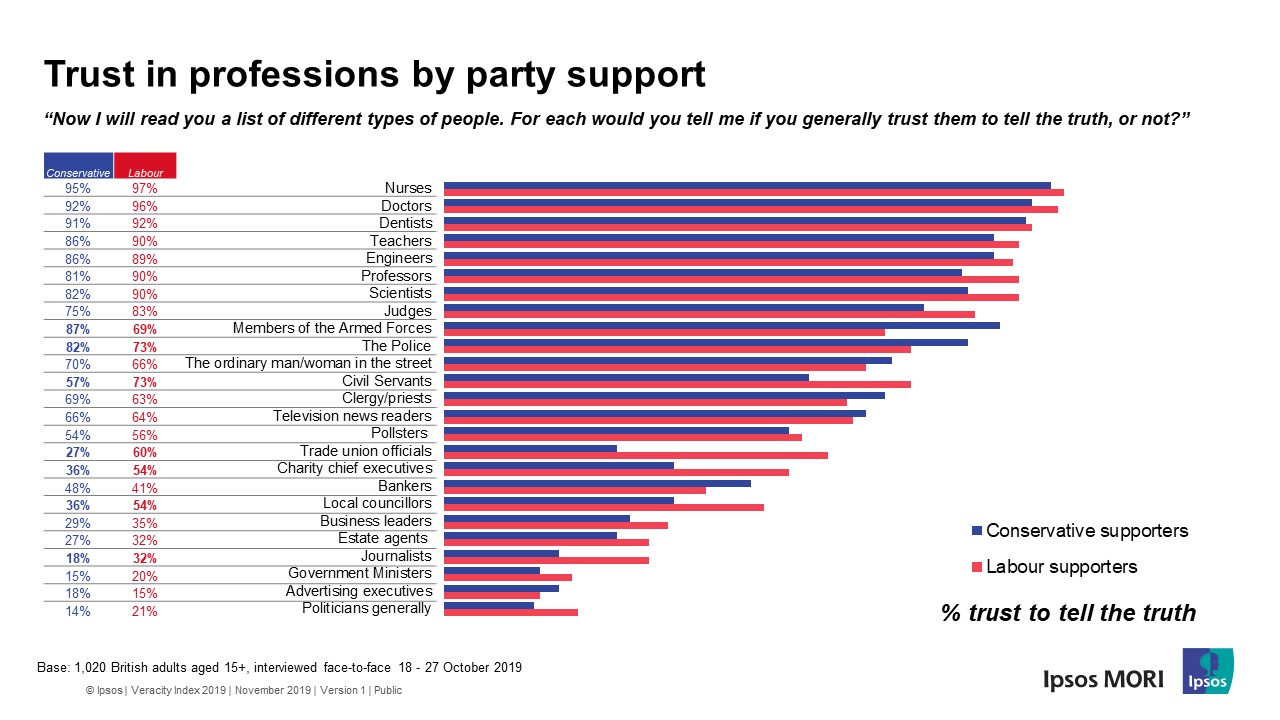 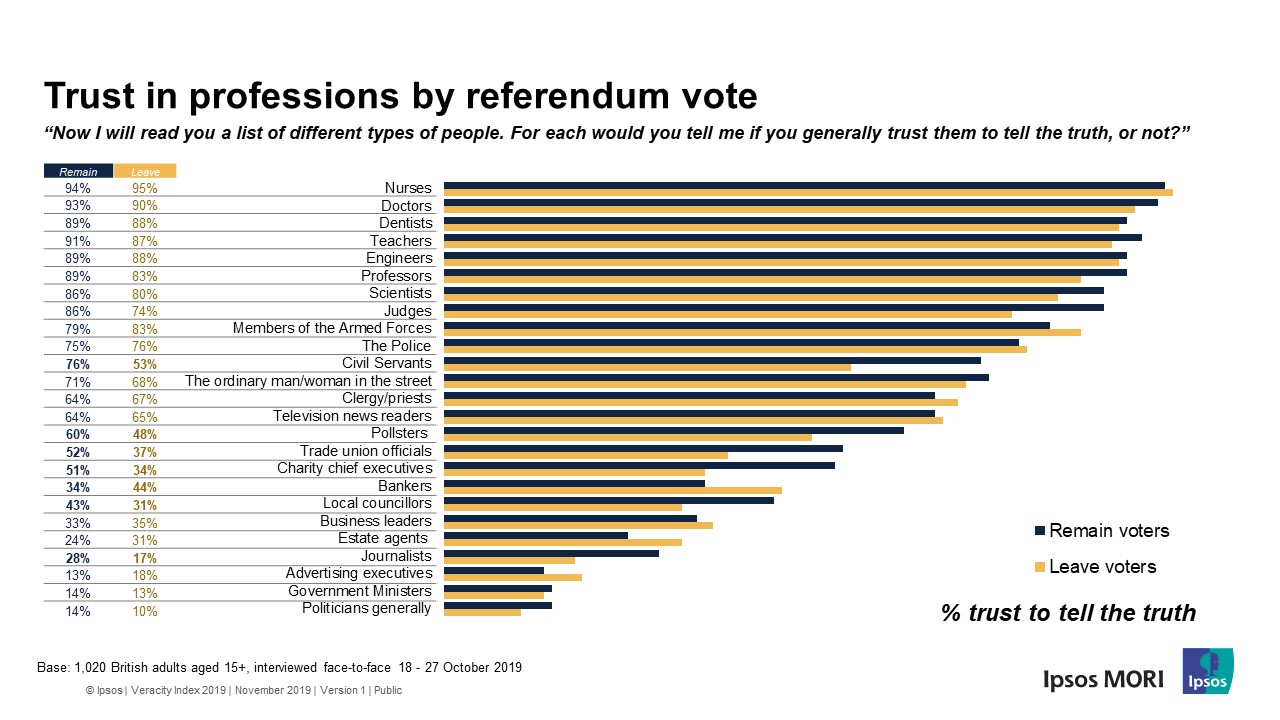 Ipsos’s long-running Veracity Index allows us to trace the evolution of trust in a variety of professions since the early eighties.
This year we see significant falls in public trust in both Government Ministers and politicians more generally. Trust politicians is now at levels comparable to those recorded during previous periods of ‘bad news’ such as the aftermath of the Brexit referendum in 2016, and the 2009 expenses crisis.
It is worth remembering that trust in politicians has never been especially high, but these significant falls mean that politicians have now replaced advertising executives at the foot of our list of trusted professions.

Ipsos interviewed a representative quota sample of 1,020 adults aged 15+ across Great Britain. Interviews were conducted face-to-face between 18 and 27 October 2019. Data is weighted to match the profile of the population.