The report, Immigration: a changing debate, by the independent think tank British Future, draws on the latest findings from Ipsos research that has tracked changing public attitudes to immigration across twelve waves of research since 2015. It finds:

The research also notes a continuing trend of the public feeling that immigration has a positive impact (46%) more than a negative impact (28%) on Britain. When the tracker survey was conducted in February 2015, by comparison, it found only 35% were positive and 41% were negative. 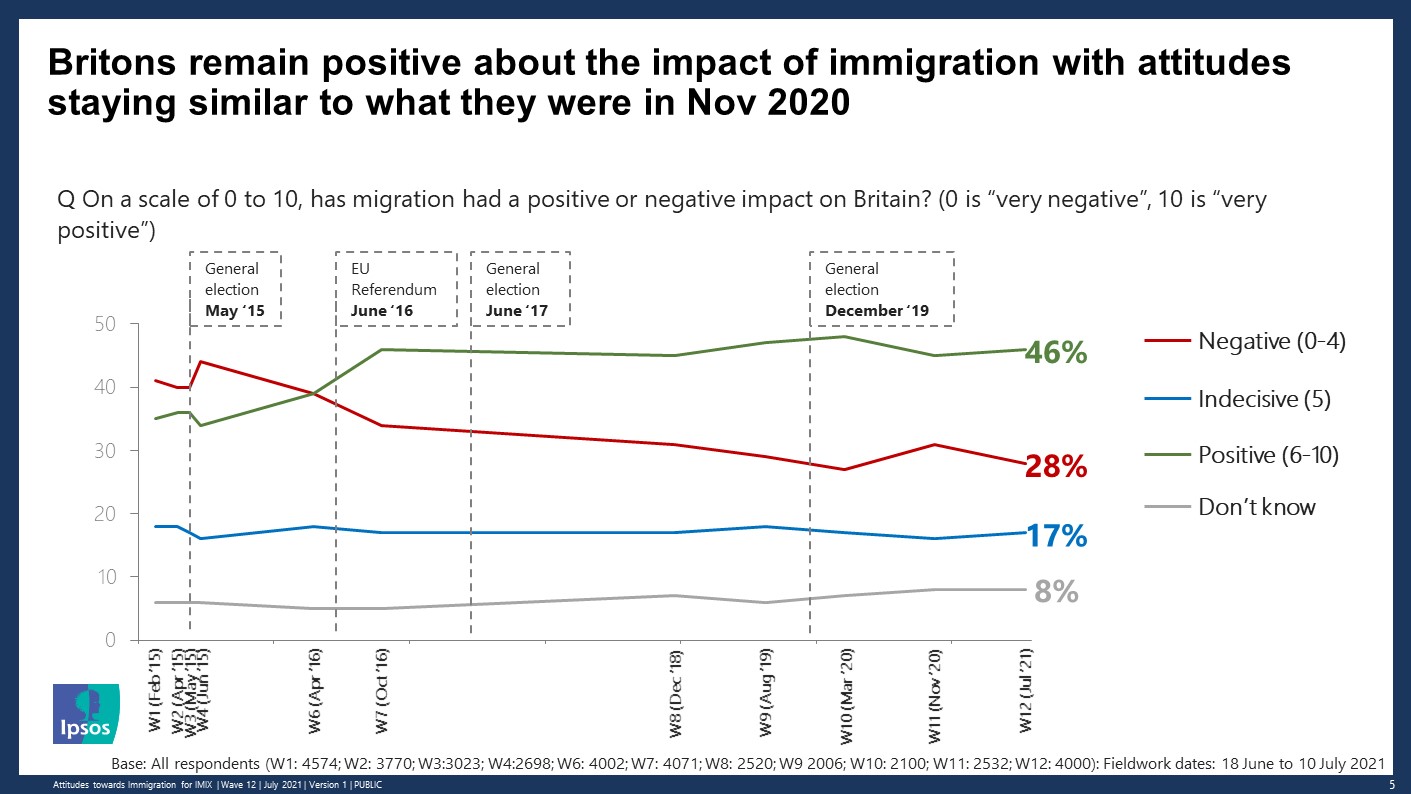 Public attitudes to immigration are warmer today than at any point since 2015, as opinion has gradually shifted since 2016.
The debate has moved on from the numbers fixation of the last decade. People still want an approach that offers fairness and control – but there is public consent for the immigration that our economy needs.
It means the government has political space to allow more recruitment from overseas to fill the workforce gaps causing shortages, while employers address longer-term issues like training and pay.

As recent stories have highlighted, even though it may have slipped down the public agenda in recent years, immigration continues to have important social and economic implications for the country, and understanding public views as the situation changes is vital – with many still thinking it is discussed too little.
The public mood has shifted over time to become more positive, and there is clear support for using immigration to help fill job shortages in key sectors. But opinion is still not unanimous on key questions such as the total level of immigration, or on the best system to deal with refugees (even before Afghanistan), which means the debate is still not over.

The UK is experiencing a serious shortage of labour right now, affecting every sector across the country. Re-opening the economy has created a short-term crisis, but a number of factors mean that the jobs market will remain tight for years to come.
While businesses need to look to how they build their future workforces, it’s vital that government prioritises solving the immediate crisis. One way to do that is by making sure the new immigration system flexes when there is evidence of skills and labour shortages, allowing employers to hire workers from abroad to help fill gaps in essential sectors like logistics.
As this timely research makes clear, this would be a popular move as well as making logical sense – we’re asking government to act now and help solve these chronic shortages.

The report also finds that only 12% of the public say they are currently satisfied with how the government is handling immigration, compared to 55% who say they are dissatisfied. It also includes sections on public attitudes to new immigration from Hong Kong and to UK refugee protection, though fieldwork was conducted prior to the refugee crisis in Afghanistan.