Approval ratings for Nigel Farage at lowest ever level 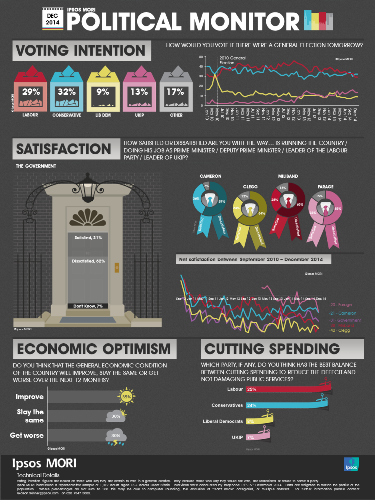 Ipsos’s final Political Monitor of 2014 shows the Green Party gaining the highest vote share we have recorded. One in eleven (nine percent) say they would be certain to vote Green in an immediate general election, up two points from last month. Overall, though, the vote share for Britain’s largest parties is practically unchanged since last month, with the Conservatives still on 32%, Labour on 29% and the Liberal Democrats on nine percent; UKIP are down one point on 13%. 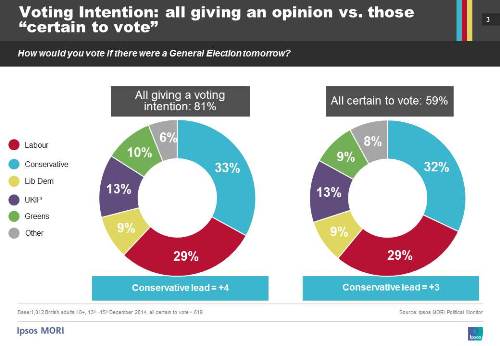 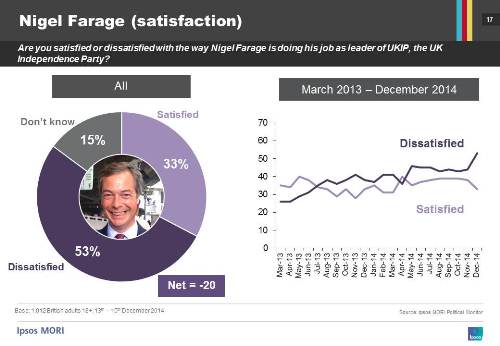 “One of the themes of the year has been the rise of the ‘other’ parties as a mirror to the weakness of the traditional three.  Most attention has been paid to UKIP, who still claim third place, although their leader’s popularity with voters beyond his own supporters has fallen.  But it’s not just UKIP, as we see this month with a high for the Greens, who are fishing in the same pool of disaffected Liberal Democrat voters who have been boosting Labour.”

Ipsos interviewed a representative sample of 1,012 adults aged 18+ across Great Britain. Interviews were conducted by telephone 13-15 December 2014.  Data are weighted to match the profile of the population.