Washington, DC, October 28, 2021 – In the latest edition of the Ipsos Core Political, most Americans say the country is headed in the wrong direction. The economy and jobs continues to be the most important issue for about one in five Americans, followed by public health, immigration and the healthcare system.

Three in five Americans say the country is headed off on the wrong track (60%), while just a quarter (26%) say things are headed in the right direction. Democrats (48%) are much more likely than Republicans (9%) to view the direction of the country positively. Independents share the grim Republican outlook, with 64% reporting things are headed off on the wrong track. 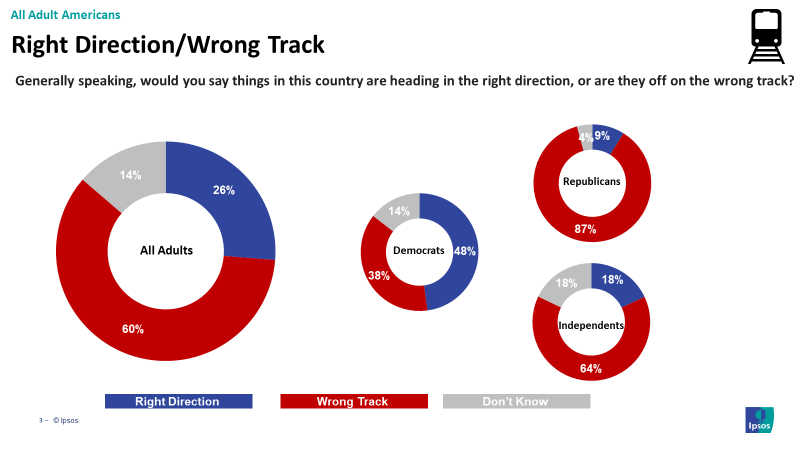 The economy and jobs is the most important issue for about one in five Americans (22%), while public health and disease (12%), immigration (11%) and the healthcare system (11%) are each top issues for about one in ten Americans 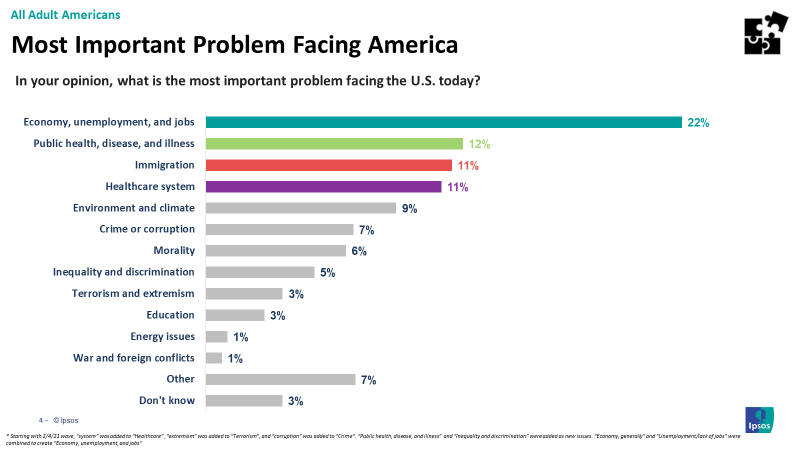 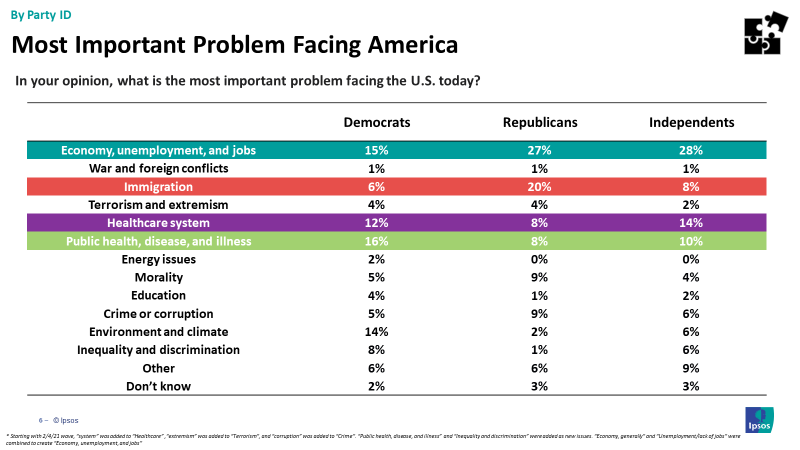 Forty-four percent of Americans approve of the way Joe Biden is handling his job as president. 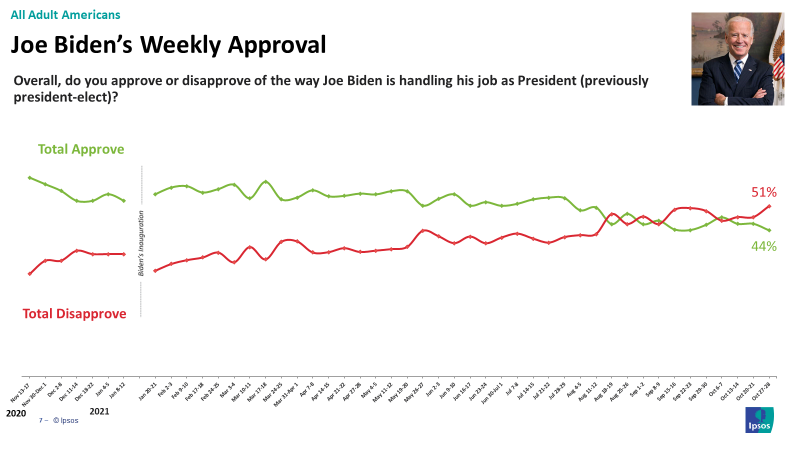 Just one in ten Republicans (12%) approve of how Biden is handling his job, while three-quarters of Democrats feel the same (77%). About two in five independents approve of Biden’s job performance (40%). 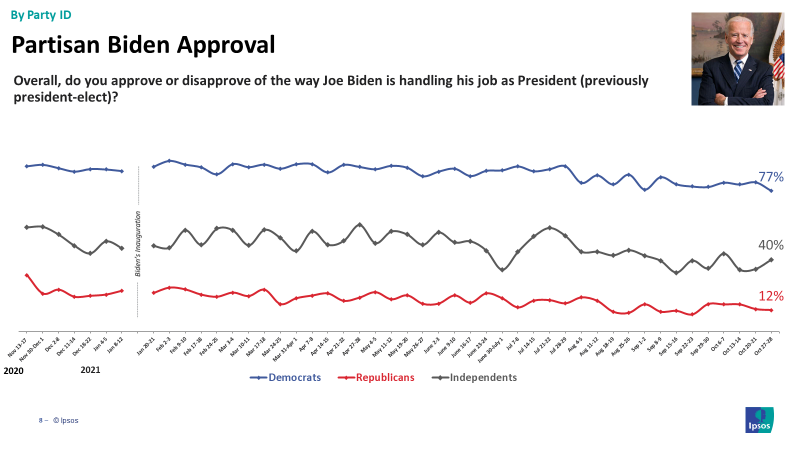 These are some of the findings of an Ipsos poll conducted between October 27-28, 2021. For this survey, a sample of 1,005 Americans age 18+ from the continental U.S., Alaska, and Hawaii were interviewed online in English. The sample includes 381 Democrats, 374 Republicans, and 153 independents. Weighting was then employed to balance demographics to ensure that the sample's composition reflects that of the adult population according to Census data and to provide results intended to approximate the sample universe. The precision of Ipsos online polls is measured using a credibility interval. In this case, the poll is accurate to within ± 3.5 percentage points, 19 times out of 20, had all Americans been polled. The credibility interval will be wider among subsets of the population. All sample surveys and polls may be subject to other sources of error, including but not limited to coverage error and measurement error. The poll also has a credibility interval of ± 5.7 percentage points for Democrats, ± 5.8 percentage points for Republicans, and ± 9.0 percentage points for independents.