Many employers across multiple sectors are concerned about a shortage of workers and worried that it will stall some of our economic recovery. Many states have or are suspending expanded unemployment benefits, claiming that workers’ high government subsidies are disincentivizing work. Another theory is that people have shifted how they value leisure time and that maybe some just want to work less.

According to new Ipsos data, our values have substantially shifted, but it remains to be seen whether that correlates with or causes the labor market changes. Indeed, seven in ten say that they value their leisure time and free time more. Similar numbers say they value family and friends more.

The latest Ipsos Coronavirus Consumer Tracker digs further into our values and how those impact our financial planning. After this period of uncertainty, 66% now report that they want to save more than they have in the past, and 81% say that it’s important to always have savings to cope with unexpected events. Yet most feel that it’s important to enjoy life today because tomorrow will take care of itself and four in ten say that money is to be enjoyed and that they spend it when they have it.

Likewise, about 58% said it is more important to be focused on the present compared to 42% who said it’s important to focus on making plans for the future.

"Most people are in a state of re-exploring their personal norms in a new context,” said Jason Brown, an Ipsos chief client officer. “Whether one tends to be a saver or a spender is in flux, but at the same time, we’re all more risk-aware. Brands have an opportunity to appeal to consumers’ longer-term planning.

“This is a business opportunity, but it is, in some ways, a social service," he said.

One thing we are planning: to spend more money in the near term. One in four say their spending will increase in the next few months compared to just 15% that say it will decrease. For younger consumers, it’s even more pronounced. Two to one (38% to 20%) say their spending will grow in the next three months. The same ratio applies to people who think the pandemic is a high threat to themselves personally. That hints that spending will increase as people feel comfortable return to spending-heavy activities that they have been avoiding like travel, dining and entertainment. 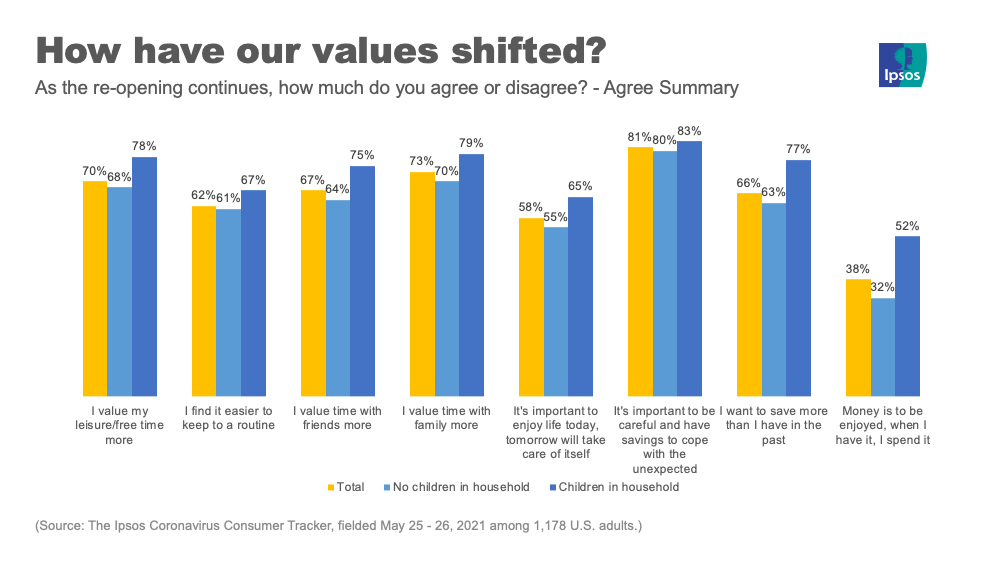