Forty-seven percent of registered voters say Joe Biden made an excellent or good choice in picking Kamala Harris to be his running mate, according to a new ABC News/Ipsos poll. This includes 83% of voters who identify as Democrats. A plurality of voters also associate positive traits, such as trustworthiness and capability to be president, with Harris.

1. More voters feel positive toward Biden’s selection of Harris than not. 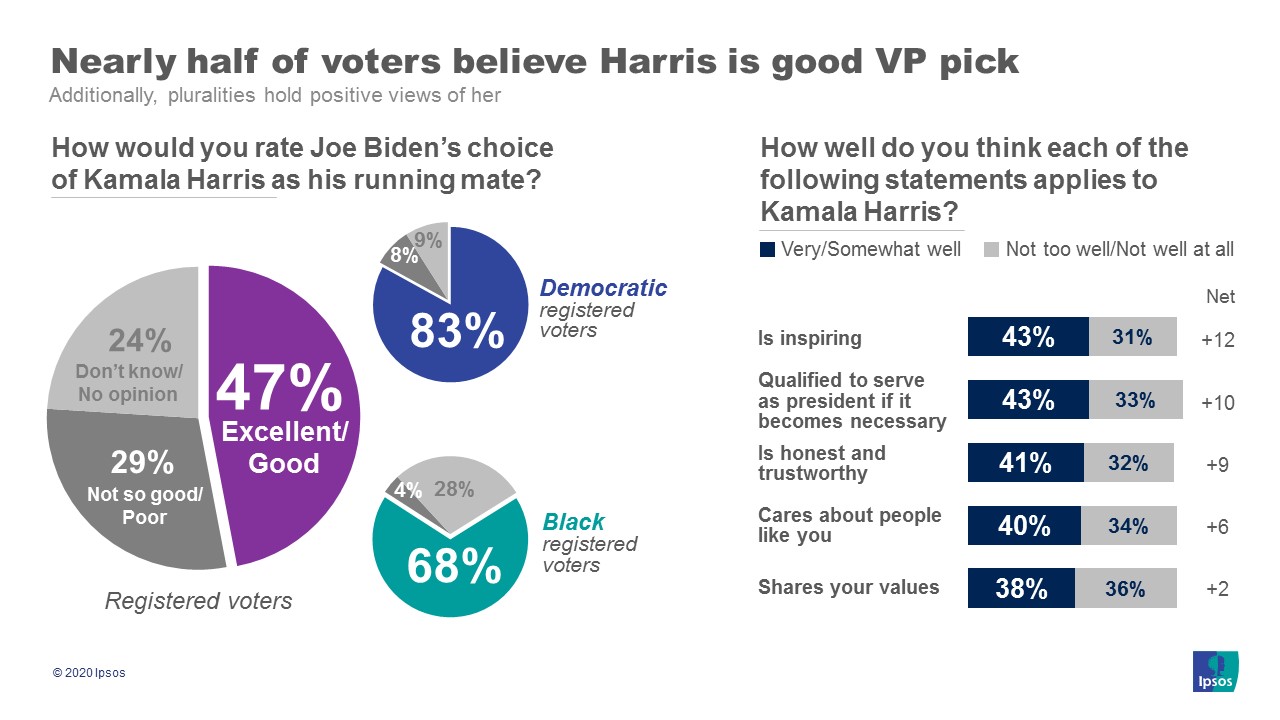 3. Beyond favorability, Harris is also seen as more inspiring, honest, and caring than Pence. A plurality believe she is qualified to become president.

This ABC News/Ipsos Poll was conducted August 11 to August 12, 2020 by Ipsos using the probability-based KnowledgePanel®. This poll is based on a nationally representative probability sample of 1,044 general population adults age 18 or older.with small oversamples among black and Hispanic respondents. A total of 930 registered voters were interviewed.