The latest ABC News/Ipsos poll finds that while most are concerned about infection, Americans’ willingness to be out-of-home has only declined slightly from the ‘coronavirus lull’ in early June. This comes as most oppose restarting in-school instruction in the fall.

1. Americans are increasingly concerned about being infected with the coronavirus, although not at levels seen in early April.

2. A majority of Americans oppose re-opening in-school instruction this fall. However, parents are concerned about their children falling behind in their education. 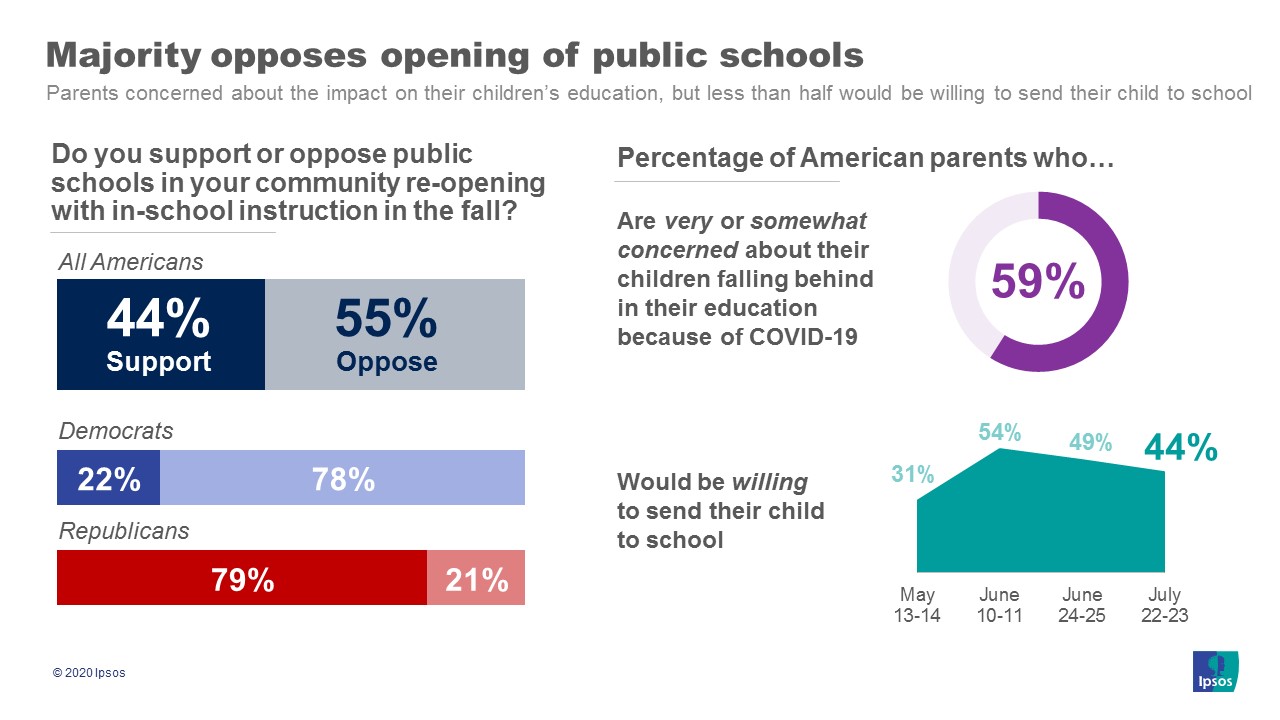 3. Americans are slow to change their willingness to engage in out-of-home activities in the face of the new coronavirus surge. 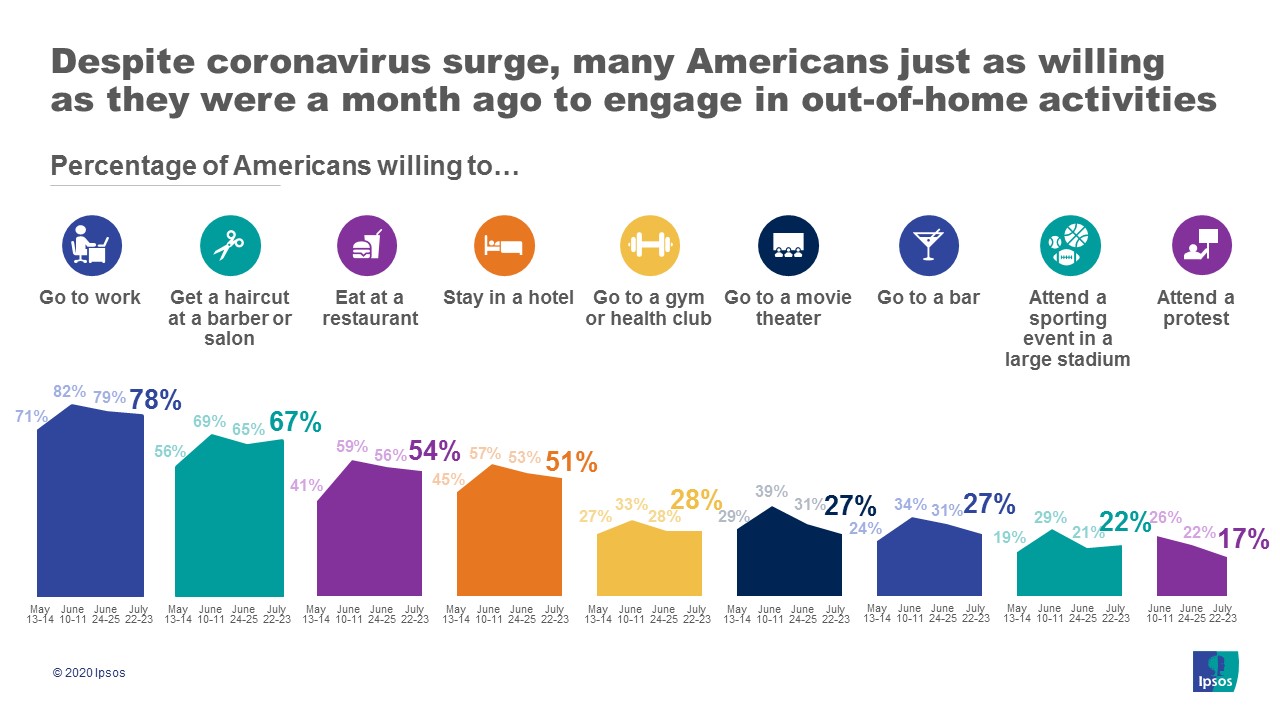 This ABC News/Ipsos Poll was conducted July 22 to July 23, 2020 by Ipsos using the probability-based KnowledgePanel®. This poll is based on a nationally representative probability sample of 543 general population adults age 18 or older.