As America struggles with multiple crises including the coronavirus pandemic, a major economic contraction, social unrest, and international conflict, new ABC News/Ipsos polling finds that just over a third of Americans approve of President Donald Trump’s handling of these situations.

1. Just over a third of Americans (36%) approve of President Trump’s handling of the response to the protests across the country. Specifically, a majority of Americans (52%) believe the deployment of federal law enforcement to cities with ongoing protests have made the situation worse. 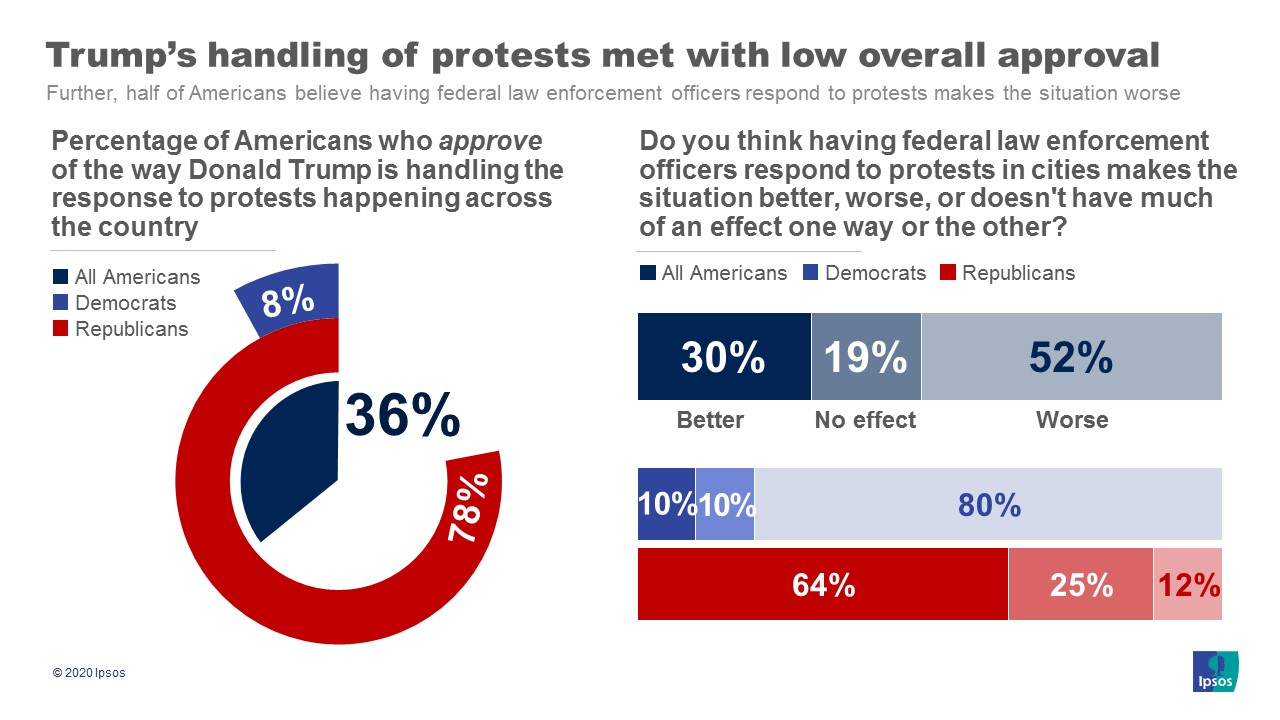 2. Nearly the same amount approve of the President’s handling of coronavirus (34%) and relations with Russia (36%).

This ABC News/Ipsos Poll was conducted July 29 to July 30, 2020 by Ipsos using the probability-based KnowledgePanel®. This poll is based on a nationally representative probability sample of 730 general population adults age 18 or older.