According to a new ABC News/Ipsos poll, a majority of Americans remain concerned about getting infected with the coronavirus and plan to get a vaccine, once a safe and effective one is developed. However, both the level of concern about the virus and the number planning to be vaccinated have declined since late spring/early summer. 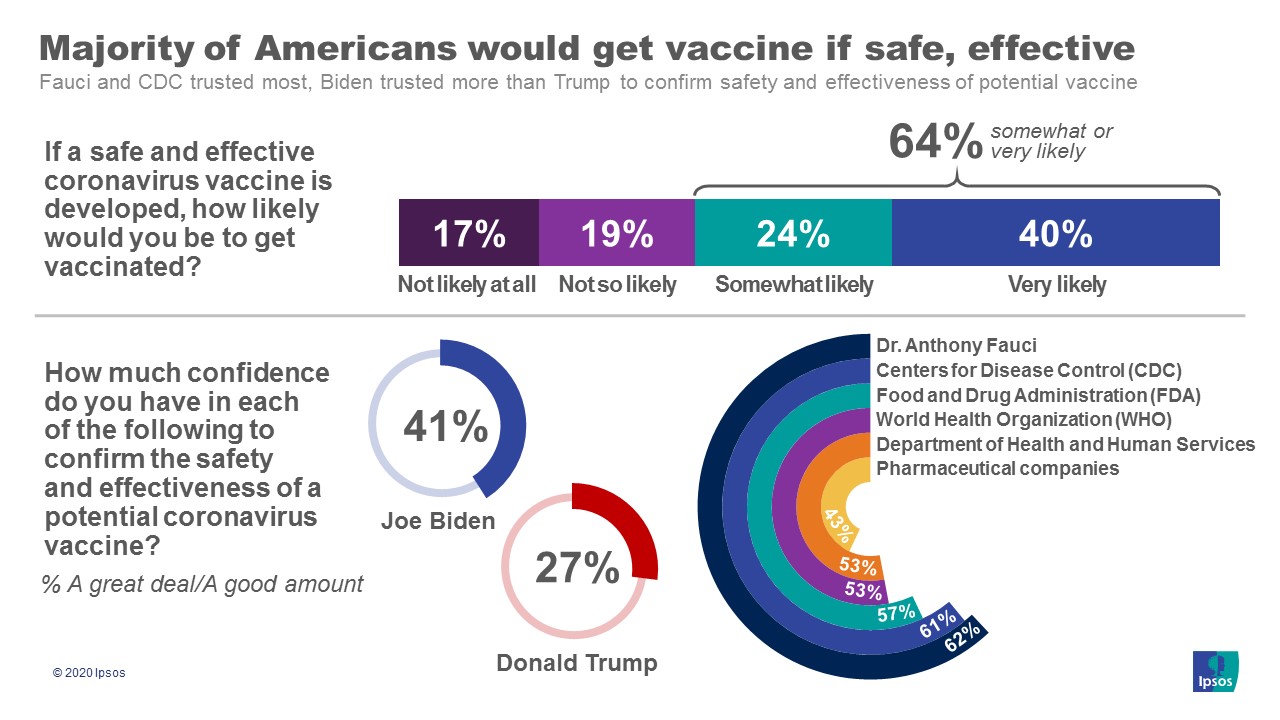 1. Fewer Americans report that it is likely that they will get a coronavirus vaccine than in early May. However, nearly two-thirds still plan to do so.

2. Americans do not have confidence in either presidential candidate to confirm the safety and efficacy of a vaccine; instead, they are looking to members of the public health community – specifically the Centers for Disease Control and Prevention (CDC) and Dr. Anthony Fauci.

3. While a majority of Americans remain concerned about being infected with the virus, fewer are very concerned than they were a few months ago.

This ABC News/Ipsos poll was conducted September 18 to September 19, 2020 by Ipsos using the probability-based KnowledgePanel®. This poll is based on a nationally representative probability sample of 528 general population adults age 18 or older.