After a busy first few days, new data shows the American public broadly supports President Joe Biden’s initial efforts, particularly as it focused on the COVID pandemic. However, Americans are more divided on his ability to unify the country and immigration-related moves.

1. Two thirds of Americans (69%) approve of how Biden is handling the response to the coronavirus. 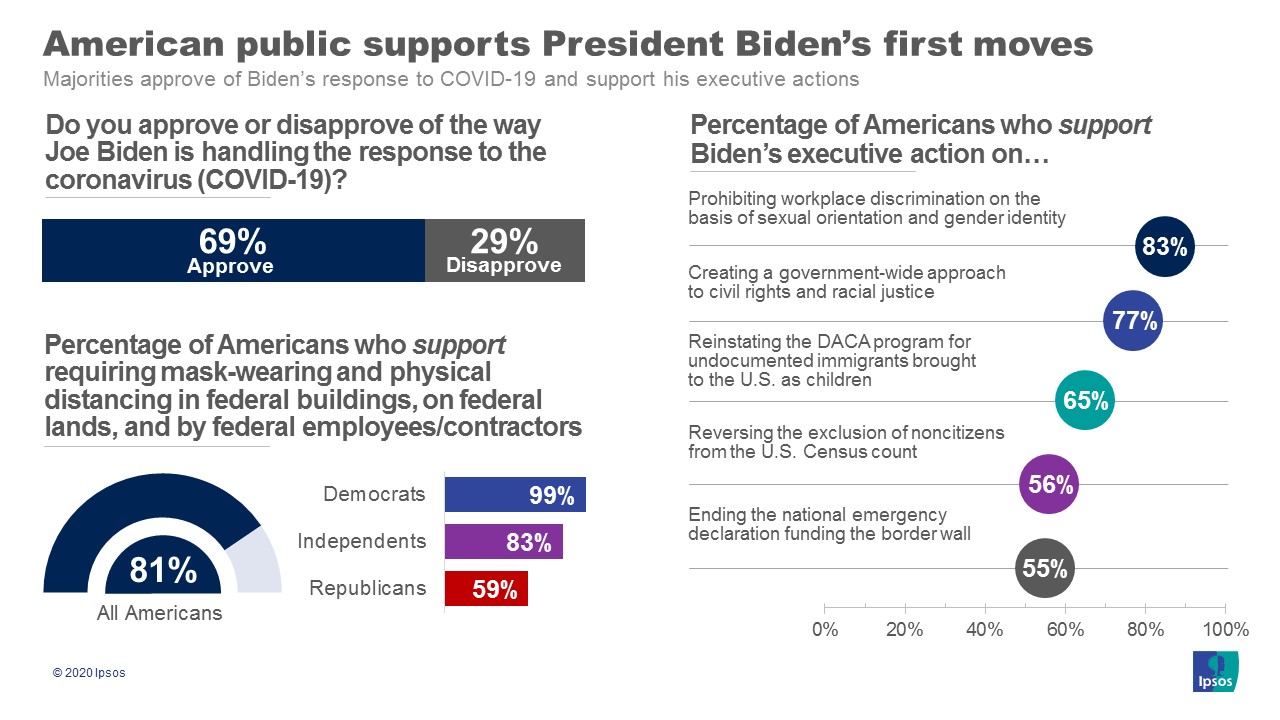 3. Americans are somewhat divided, though more supportive than not, of measures around immigration.

This ABC News/Ipsos poll was conducted January 22 to January 23, 2021 by Ipsos using the probability-based KnowledgePanel®. This poll is based on a nationally representative probability sample of 504 general population adults age 18 or older.