A strong majority approve of how President Biden is handling the response to the coronavirus and the distribution of COVID-19 vaccines, according to a new ABC News/Ipsos poll. At the same time, however, nearly three in five Americans disapprove of how Biden is handling the situation with migrants and unaccompanied children at the U.S.-Mexico border. Views on Biden’s handling of top issues are deeply partisan. Further illustrating this ongoing divide, the poll finds that an equal number of Americans say Biden is making the country more united as those who say more divided.

1. President Biden earns high marks for his handling of the coronavirus and the economic recovery, but a majority of Americans disapprove of the job he’s doing with the situation at the border and on gun violence. 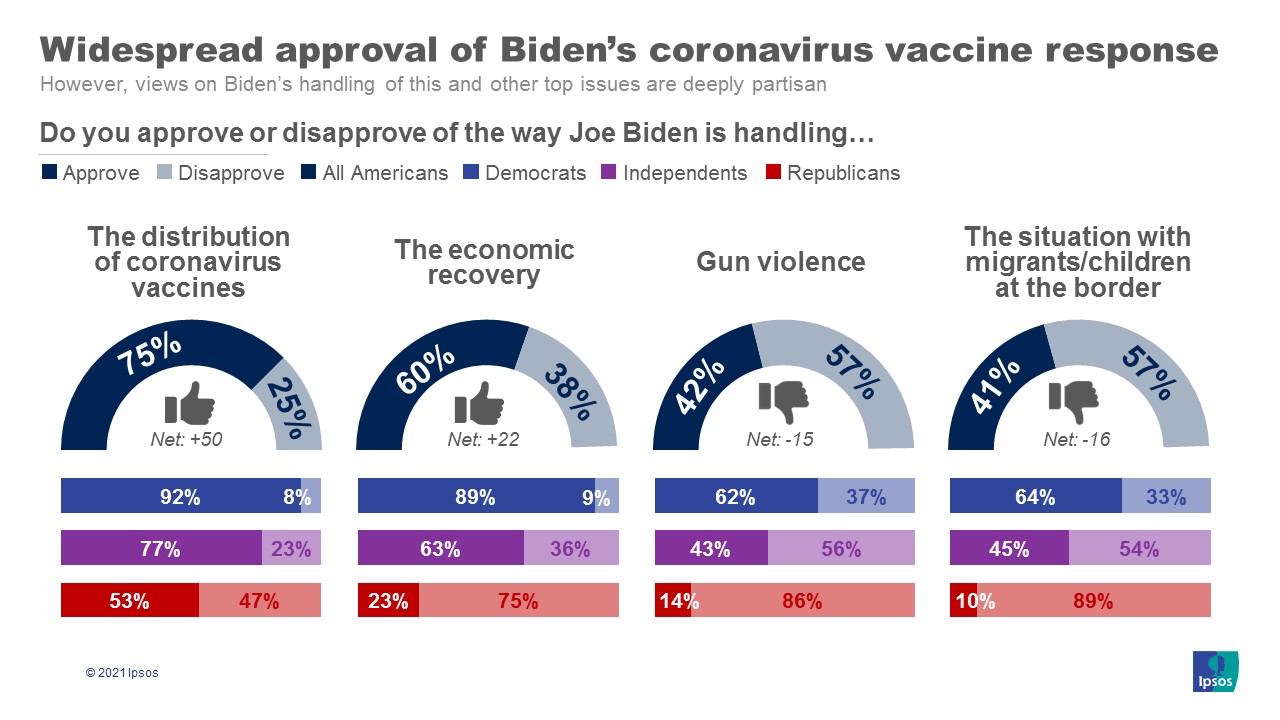 2. Views toward Biden remain highly polarized, with deep partisan cleavages present on every single issue. Notably, however, a majority of Republicans back the job the president is doing on the vaccine rollout.

3. Two-thirds believe reducing gun violence should be a higher priority than protecting the right to own a wide variety of guns.

This ABC News/Ipsos poll was conducted March 26 to March 27, 2021 by Ipsos using the probability-based KnowledgePanel®. This poll is based on a nationally representative probability sample of 517 general population adults age 18 or older.