A new ABC News-Ipsos poll conducted after the Republican National Convention (RNC) finds that Americans’ views toward the major party nominees remain unchanged from last week, after the Democratic National Convention (DNC). Around half of Americans report watching at least a little of the event – similar to the DNC’s reported viewership. A majority of Americans disapprove of what the Republicans said and did; however, among those that watched a lot or some, most have a positive view of the Republicans’ message.

1. Among all Americans, responses to the RNC are more negative than the DNC. 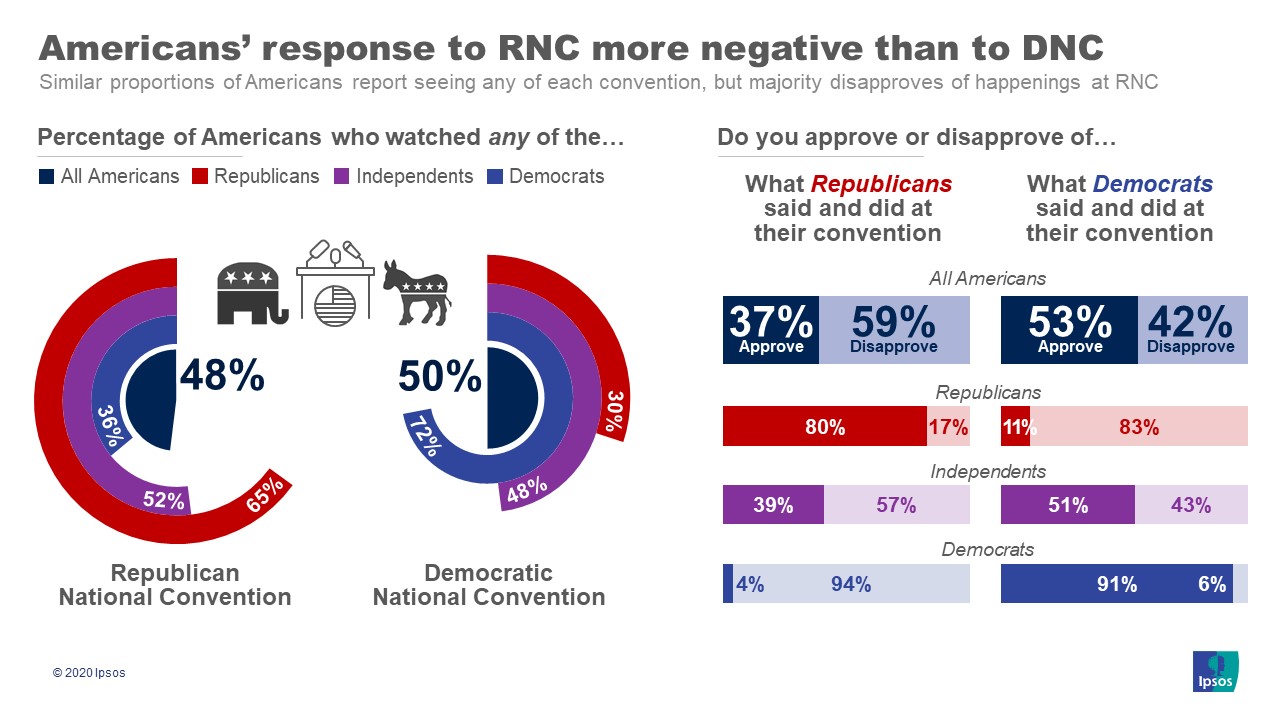 2. However, RNC viewers – a large share of whom identify as Republicans – are more positive toward the content and tone.

3. Biden’s and Trump’s standings, along with their running mates, remains unchanged from after the DNC.

This ABC News/Ipsos Poll was conducted August 28 to August 29, 2020, by Ipsos using the probability-based KnowledgePanel®. This poll is based on a nationally representative probability sample of 732 general population adults age 18 or older with small oversamples among Black and Hispanic respondents.