One year after the death of George Floyd and the subsequent nationwide Black Lives Matter protests, America continues to struggle with resolving tensions between race and justice. Our new Axios-Ipsos Hard Truths polling uses robust samples of white, Black, Hispanic, and Asian Americans to investigate attitudes towards the impacts of race, police reform, and differing lived experiences. Most noteworthy is the finding that in traffic stops, Black Americans are three times more likely than white Americans to report police officers unholstering a weapon.

Most Black Americans feel that 2020 had positive moments, but this poll also shows an overwhelming majority believe the country still has far to go to address racial inequality. At the same time, the gap on racial issues between white Republicans and Democrats appears to be considerable, indicating the ongoing challenge for meaningful change. Indeed, white Democrats are, in many cases, to the left of the Black community, regarding their attitudes on the subject, though their lived experience remains different. White Republicans, meanwhile, reject the idea that additional change is needed to promote racial equity or the idea that race gives certain people advantages or disadvantages.

2. A year after the country experienced the largest civil rights protest in a generation, many Americans do not feel the country has made progress on race. 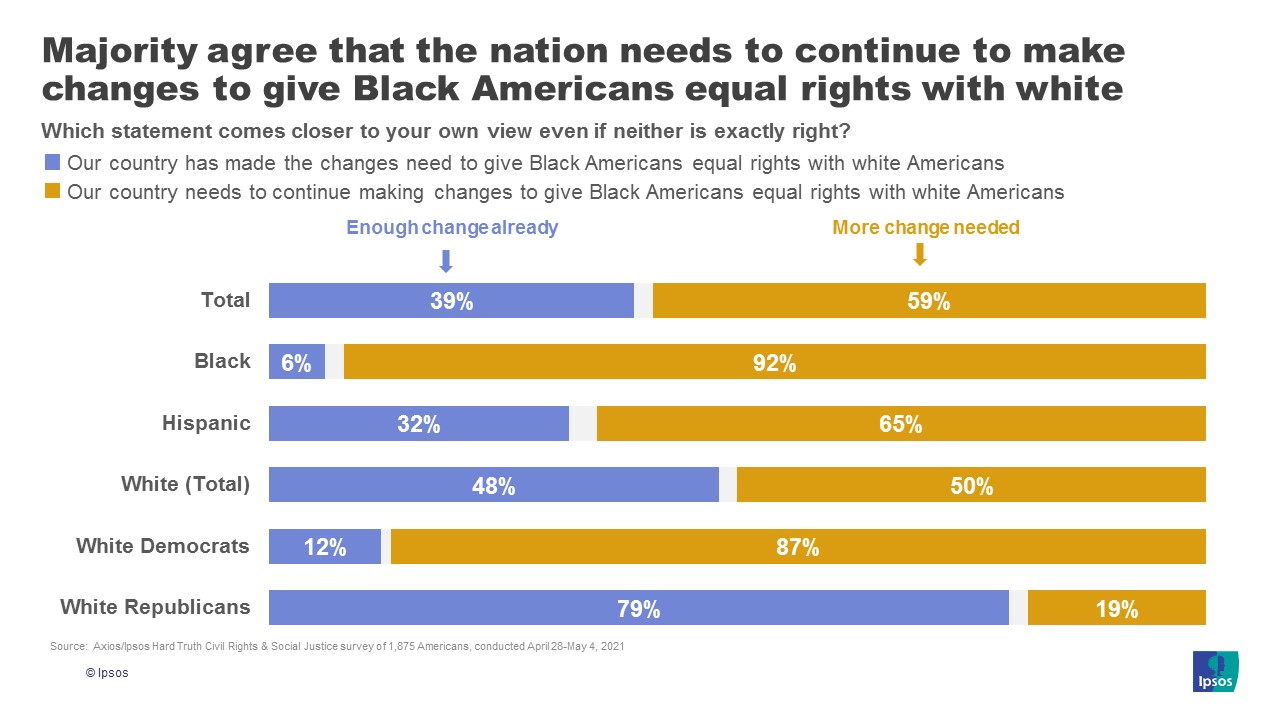 3. Americans have a complicated view of policing, with support for reforms but little support for “defund the police.”

4. Partisanship, particularly partisan difference among white Americans, define many of the dividing lines on racial issues.

This Axios/Ipsos Hard Truth Civil Rights & Social Justice poll was conducted April 28th to May 4th, 2021 by Ipsos using our KnowledgePanel®. This poll is based on a nationally representative probability sample of 1,875 general population adults age 18 or older with oversamples among Black, Hispanic, and Asian and Pacific Islander Americans.