Washington, DC, October 28, 2022 — A recent NPR/Ipsos poll among Americans who use streaming services to watch TV or movies finds that nine in ten say the cost of a streaming subscription is important in their decision to subscribe, including nearly two in three who feel it is very important. This is closely followed by access to specific content. 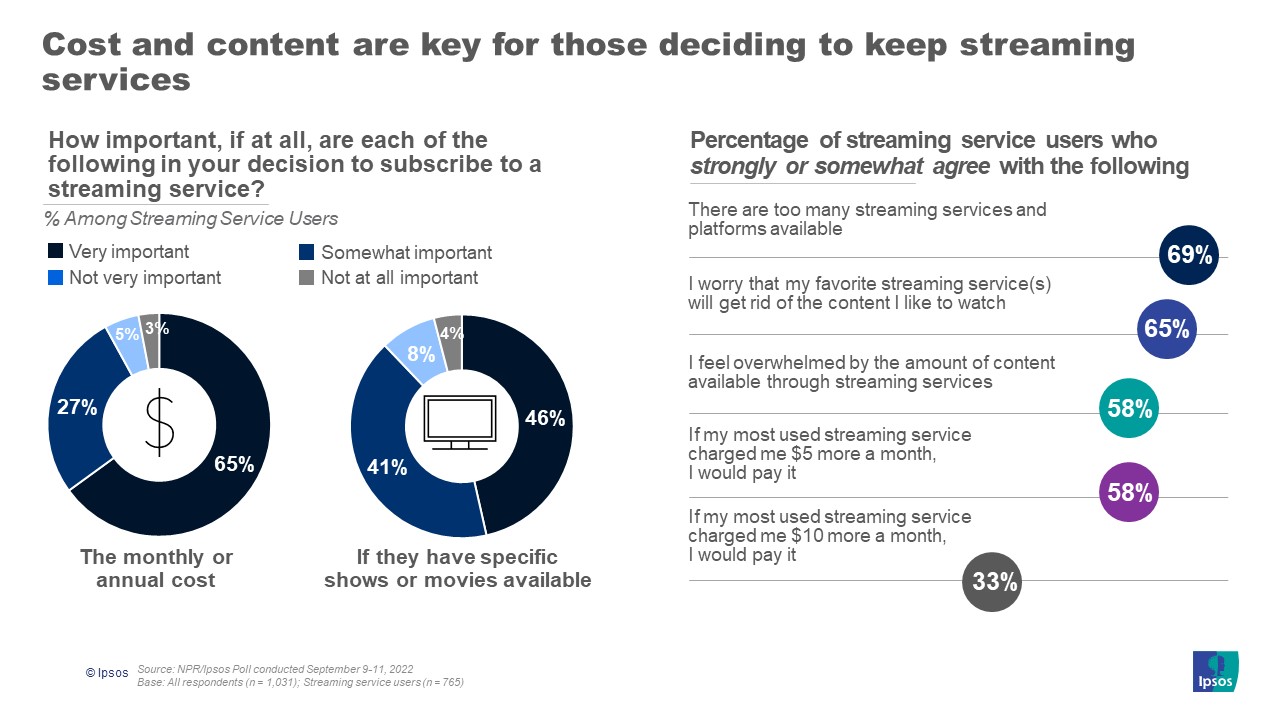 2. While most streaming service users currently subscribe to more than one streaming service, they are also signaling the amount of choice available in the market is starting to become overwhelming.

3. As some platforms look to crack down on login sharing, most streaming users do not rank the ability to share high on their list of deciding factors to keep or drop a service. It is, however, more important to younger streaming users.

Ipsos is one of the largest market research and polling companies globally, present in 90 markets and employing more than 18,000 people.