Washington, DC, August 4, 2020 – As the death toll around COVID-19 continues to climb, a new NPR/Ipsos poll shows that a strong majority of Americans favor a single, national strategy to combat the virus. Most Americans also support bold government action to slow the spread of the virus, from a topdown strategy on when to reopen businesses and schools, to laws requiring masks in public, and expanding COVID-19 testing, free of charge. Furthermore, nearly two-thirds of Americans believe the federal government should take on more debt to provide Americans with another economic stimulus check and extend federal unemployment benefits.

Americans want the federal government to take widespread action on COVID-19. There is broad, bipartisan support for a number of proposals aimed to limit the spread of COVID-19. 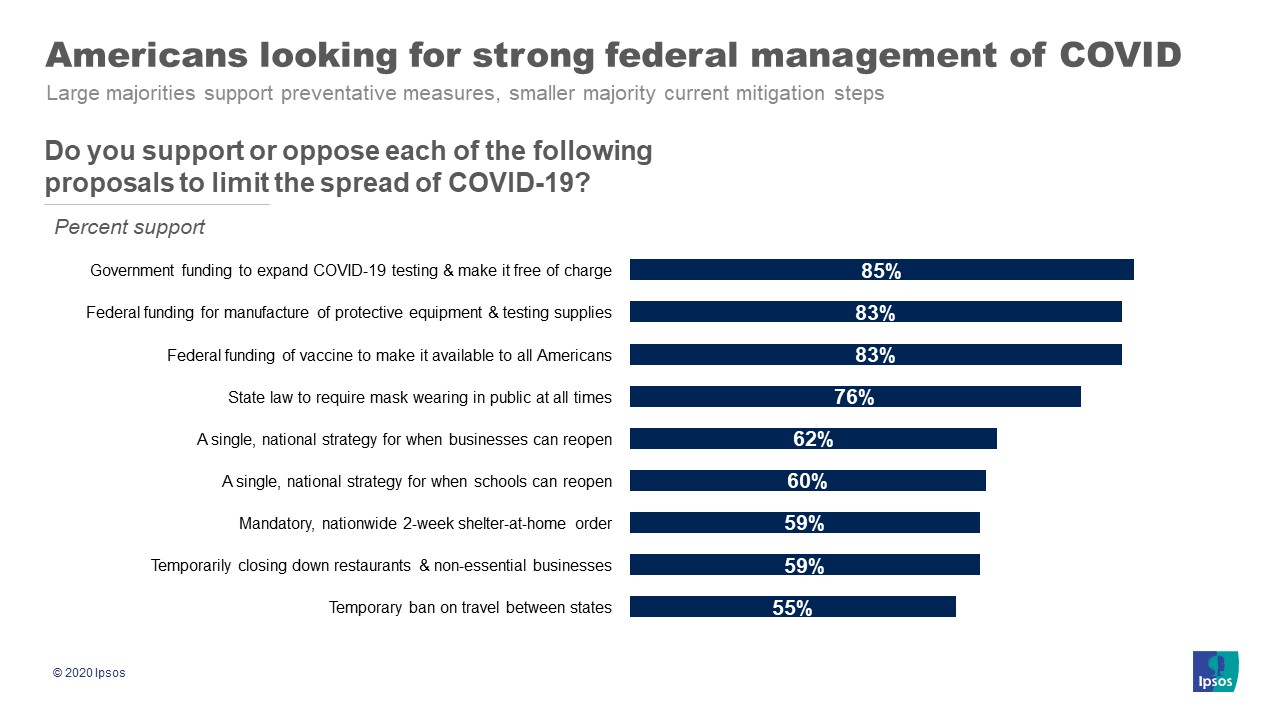 As Congress debates the next stimulus package, most support action continue these programs.

When thinking about which presidential candidate to support in November, more than half of Americans say plans surrounding the economy, COVID-19, and unity are very important factors to their decision. 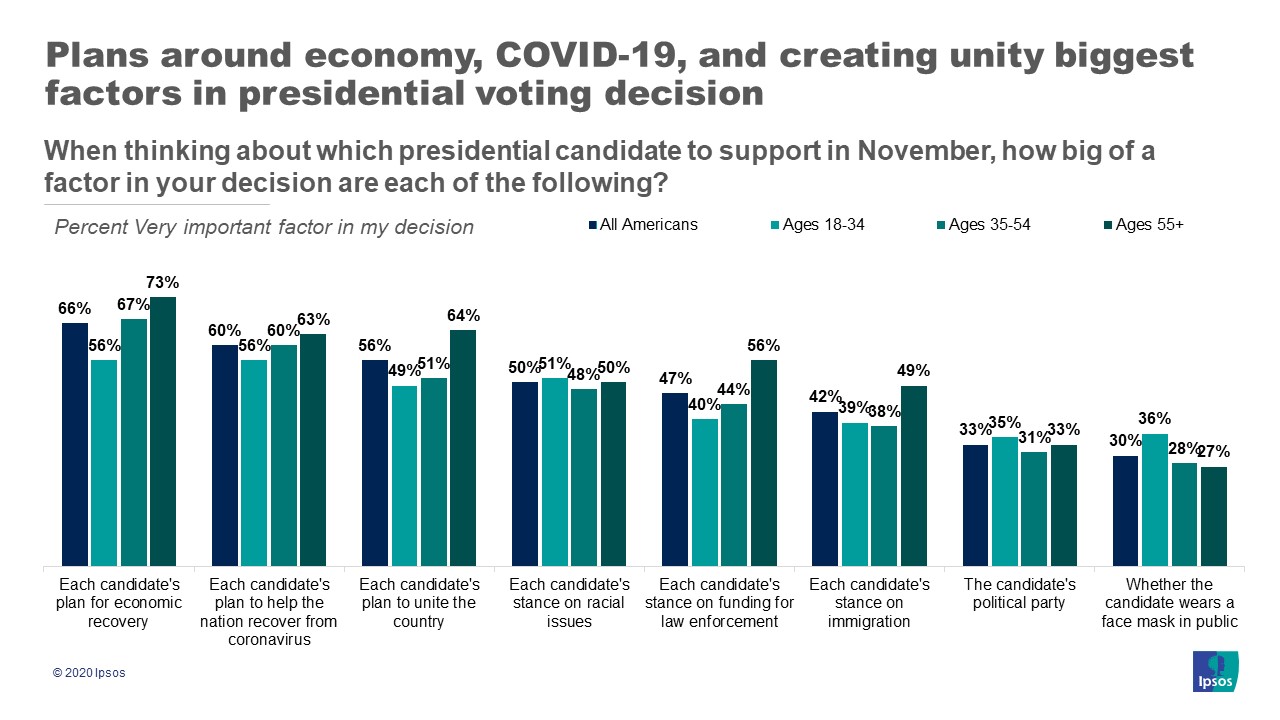 Most Americans want to see immigration to the U.S. restricted during the coronavirus pandemic. However, there are significant partisan differences here.

These are some of the findings of an NPR/Ipsos poll conducted between July 30-31, 2020. For this survey, a sample of 1,115 adults age 18+ from the continental U.S., Alaska, and Hawaii was interviewed online in English. This poll also includes partial findings from an NPR/Ipsos poll conducted between June 19-20, 2018, among a sample of 1,071 U.S. adults.

Statistical margins of error are not applicable to online non-probability polls. All sample surveys and polls may be subject to other sources of error, including, but not limited to coverage error and measurement error. Where figures do not sum to 100, this is due to the effects of rounding. The precision of Ipsos online polls is measured using a credibility interval. In this case, the poll has a credibility interval of plus or minus 3.3 percentage points for all respondents. Ipsos calculates a design effect (DEFF) for each study based on the variation of the weights, following the formula of Kish (1965). This study had a credibility interval adjusted for design effect of the following (n=1,115, DEFF=1.5, adjusted Confidence Interval=+/4.8 percentage points).