Washington, DC — In light of the recent school shooting in Parkland, Fla., Ipsos has partnered with NPR to study American perspectives on guns, following up on an NPR/Ipsos poll on the same issue conducted October of 2017. Recent events have not changed Americans’ support for the Second Amendment, with 74 percent saying they have no problem with people owning guns (unchanged from October). However, crime or gun violence is now one of the most worrying problems in America, up 10 percentage points from October (from 27% to 37%); it is the single top issue of concern for both Democrats and Independents. However, after mass casualty events, concerns around gun violence and crime often surge, and it will be important to continue measuring the importance of this issue over time.

Three-quarters of Americans now think gun laws should be more strict than they are today, up seven points from last fall. Vast majorities of Americans continue to support banning firearm attachments, or bump stocks, that allow rifles to rapidly fire similar to an automatic weapon (81%), banning high-capacity ammunition magazines that hold more than 10 rounds (73%), and banning assault-style weapons (72%). Nearly all Americans (94%) support requiring background checks for all gun buyers, and more than 8 in 10 (82%) favor raising the legal age to purchase a gun to 21. However, most Americans (59%) oppose training teachers to carry guns in schools and see it as the least effective way to reduce gun violence in schools. 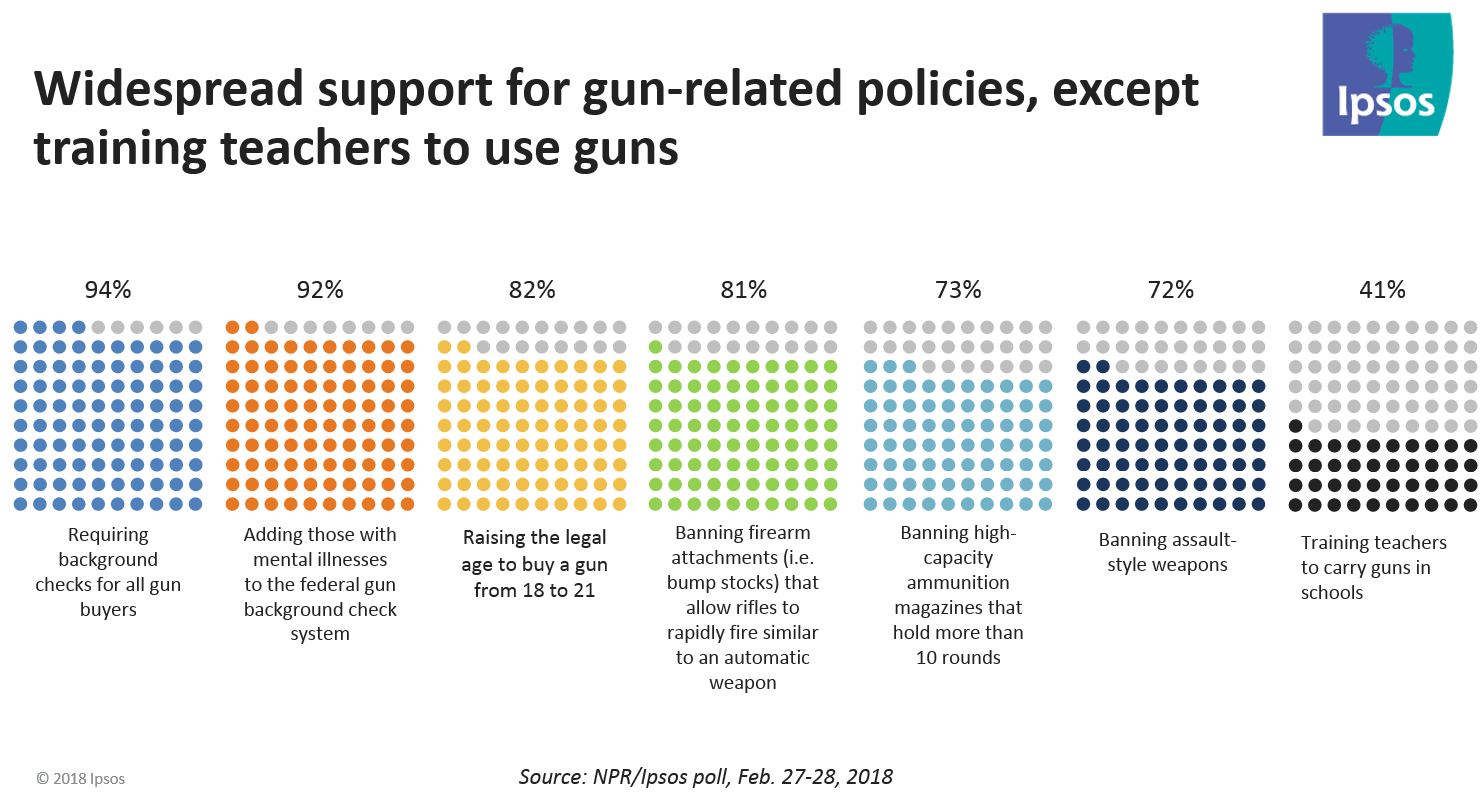 Less than half of Americans (48%) now say the benefits of owning a gun outweigh the risks, down five points from October. Fewer Americans, specifically Democrats and Independents, also believe that the NRA represents the views of people like them (36% agree), down seven points from October. The American public is split on whether “the only way to stop a bad guy with a gun is a good guy with a gun (47% agree, 46% disagree).

At this moment in time, two-thirds of Americans indicate that gun issues will be major factor in their November midterm election vote. Most also disagree (63%) with the current ban on government funding for gun violence research, with three-quarters agreeing that gun violence is a public health issue (73%) and that Congress needs to do more to address it (78%).