Washington, DC, August 27, 2020 – A new NPR/Ipsos poll shows that Americans’ attitudes toward racism and racial equality are sharply divided along racial and ethnic lines. A majority of Americans agree that white people have an advantage, compared to people of color, and that racism is built into our country’s economic, government, and educational systems. However, white Americans are significantly less likely than people of color – particularly Black Americans – to say more changes need to be made to address this.

There are significant gaps in perception between white and Black Americans when it comes to attitudes around racism and racial justice. 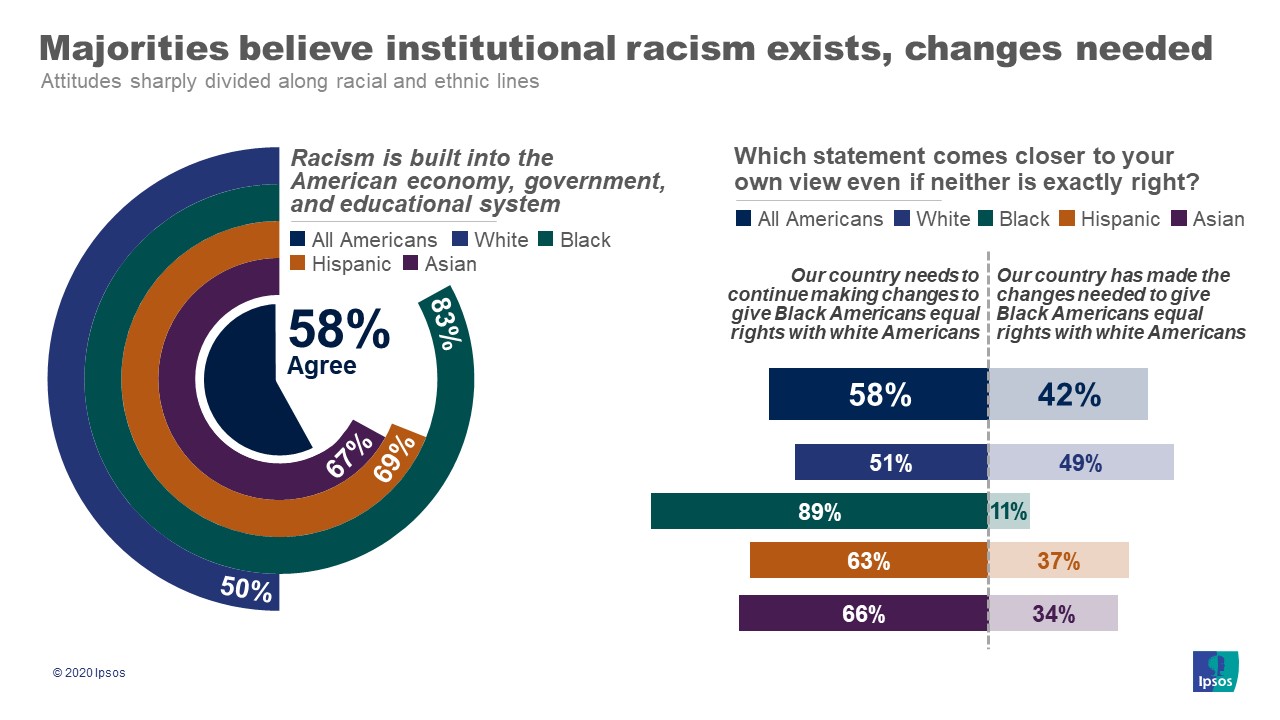 However, the poll also shows that differences extend past perceptions: Black Americans are more likely to report discrimination because of their race.

America’s two major political parties – and their leaders – are viewed very differently when it comes to bringing the country closer to racial equality.

Statistical margins of error are not applicable to online non-probability polls. All sample surveys and polls may be subject to other sources of error, including, but not limited to coverage error and measurement error. Where figures do not sum to 100, this is due to the effects of rounding. The precision of Ipsos online polls is measured using a credibility interval. In this case, the poll has a credibility interval of plus or minus 3.2 percentage points for all respondents. Ipsos calculates a design effect (DEFF) for each study based on the variation of the weights, following the formula of Kish (1965). This study had a credibility interval adjusted for design effect of the following (n=1,186, DEFF=1.5, adjusted Confidence Interval=+/4.7 percentage points).