A new NPR/Ipsos poll among American adults, with an oversample of those with student loan debt, finds that a narrow majority of Americans support forgiving up to $10,000 in federal student loans. However, support declines at higher amounts of loan forgiveness, and adding a household income ceiling, something the Biden administration is reportedly considering, does not impact support.

The poll also explores the attitudes and behaviors of those with student debt in light of the federal student loan pause, a policy in effect since March 2020 where the federal government has allowed those with federal student loans to stop making their payments without accruing additional interest. Among those with student loan debt, the majority report not paying down their loan during the pause. When asked what they have been able to do instead, the most common actions are those that provide a bit of financial breathing room: having an easier time affording essentials (food, rent, gas, etc.), paying down other debt, and putting money into savings. 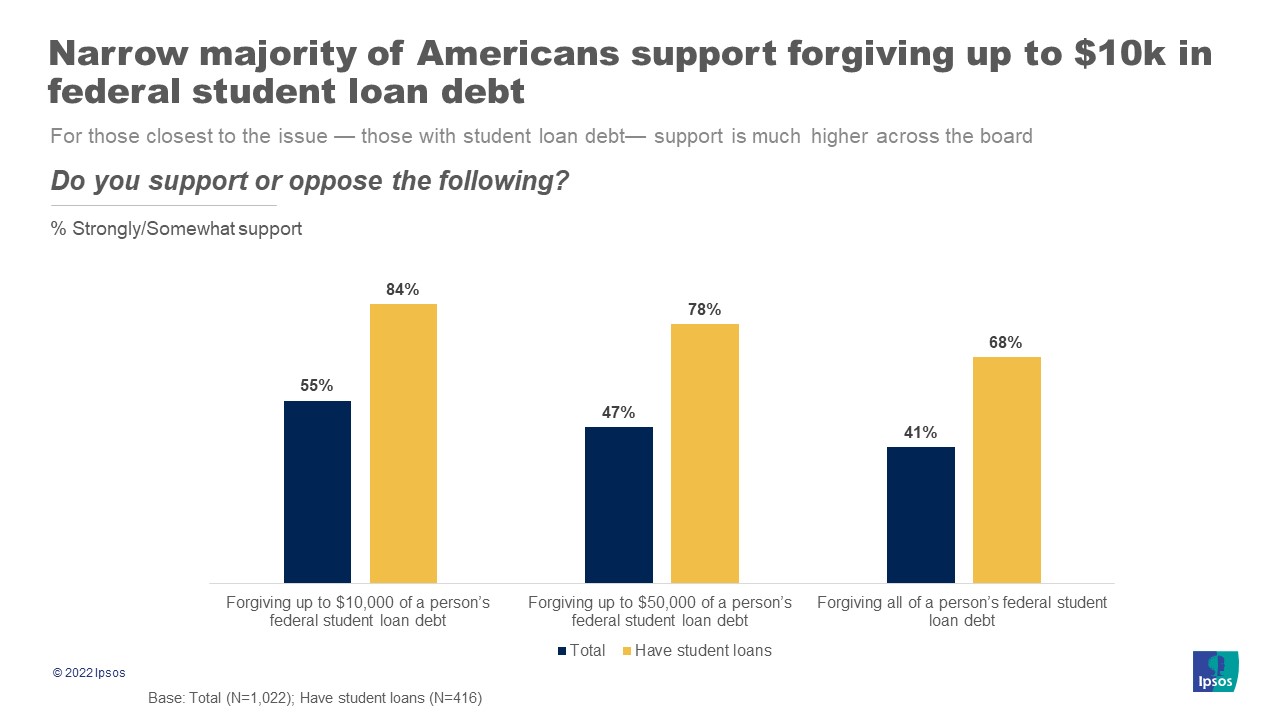 2. Layering in a household income ceiling for loan forgiveness does not change Americans’ support. There is no clear consensus among Americans for the single best path forward. 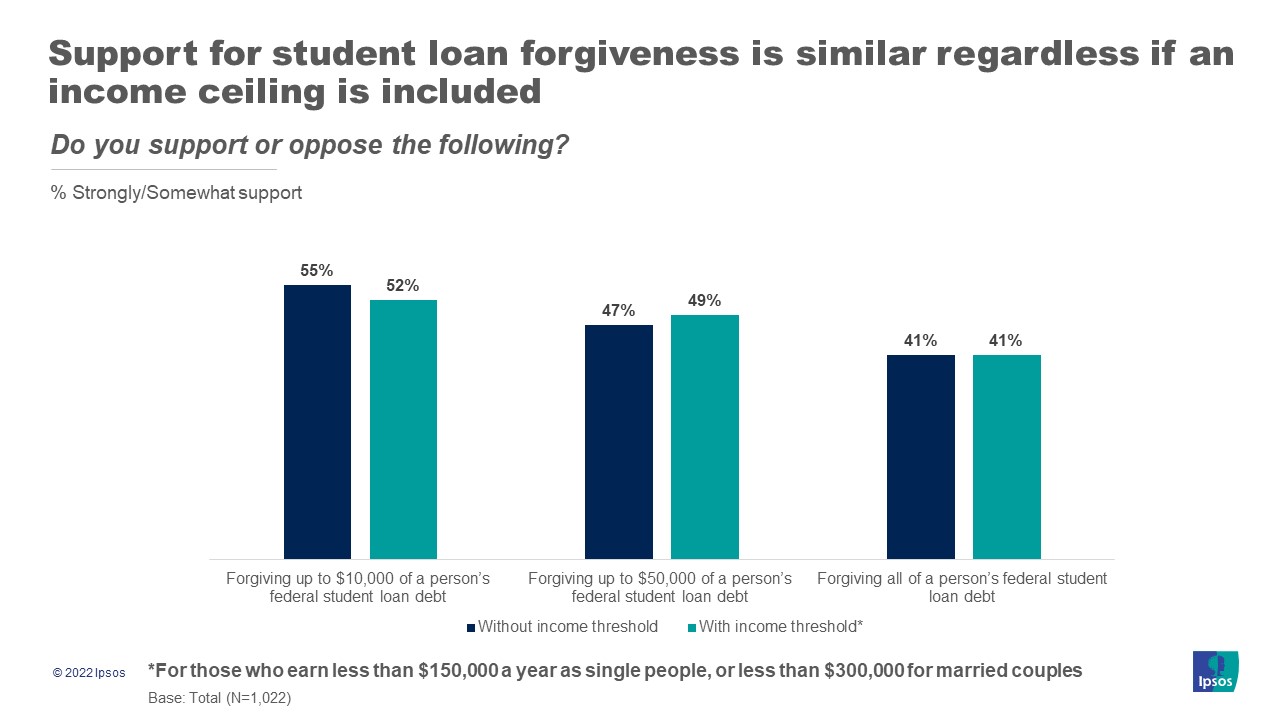 4. A majority of Americans with student loan debt say they have not made any payments since the pause began. Instead, most say they have taken this opportunity to catch a financial break.

This NPR/Ipsos poll was conducted June 3-5, 2022, by Ipsos using the probability-based KnowledgePanel®. This poll is based on a nationally representative probability sample of 1,022 general population adults age 18 or older. The sample includes 416 people who have student loans.

The data for those with student loans were weighted to adjust for gender by age, race/ethnicity, education, Census region, and household income. Benchmarks for respondents with a student loan were developed based on their distribution within the KnowledgePanel general population survey, as national benchmarks for this target population is not available from the US Census.