The topline for this poll was updated to show the full results, which includes a range of social issues in addition to what’s outlined below.

A new NPR/Ipsos poll finds a majority of American adults oppose allowing transgender female student athletes to compete on women’s and girls’ sports teams. At the same time, there is limited support among American adults for state laws and policies that prevent transgender youth from accessing gender transition medical care or that classify gender transition medical care for youth as child abuse.

2. There are low levels of support among Americans for state laws that prevent trans youth from accessing gender-affirming care. Again, differences exist across party lines. 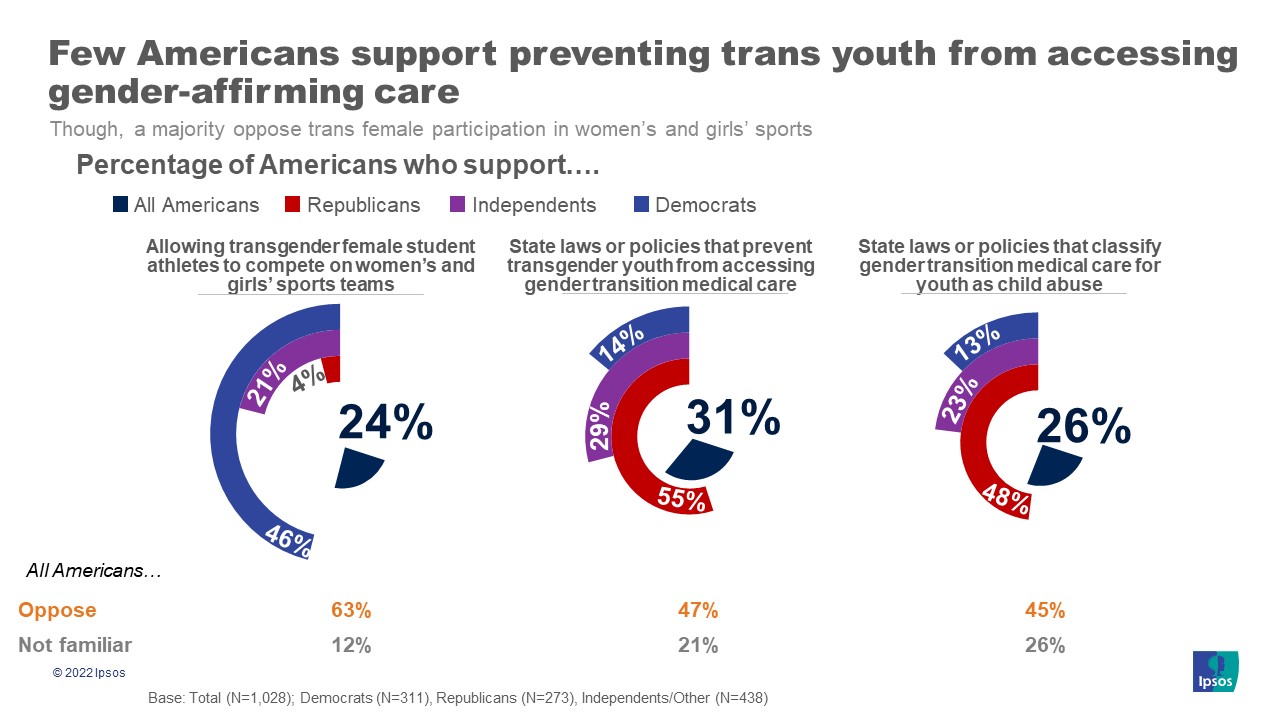 These are the findings of an NPR/Ipsos poll conducted between June 10-12, 2022. For this study, a sample of 1,028 adults ages 18+ from the continental U.S., Alaska, and Hawaii was interviewed online in English. The sample includes 273 Republicans, 311 Democrats, and 438 independents or those with other political affiliations.