Washington, DC, June 10, 2020 –  The latest Reuters/Ipsos Core Political survey finds that former Vice President Joe Biden continues to have an edge over President Donald Trump in the race for the White House. The economy and jobs remain the most pressing issues for Americans. Trump’s overall approval rating remains stable.

When looking to the November election, 46% of registered voters report they will support Biden compared to 38% who will support Trump. 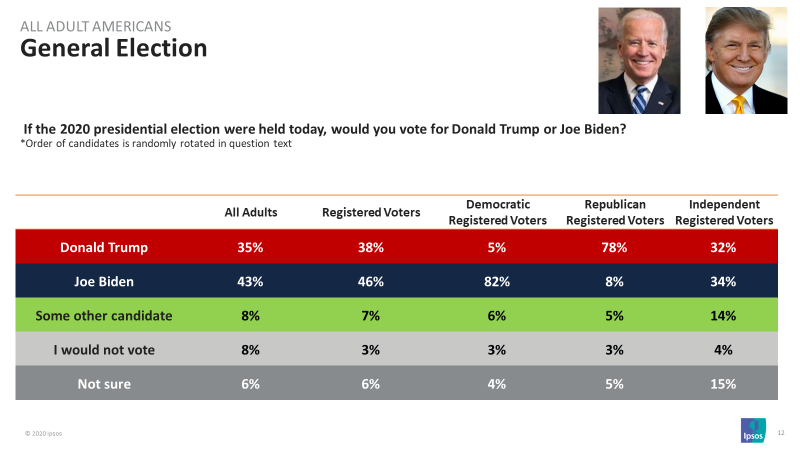 The economy and jobs is the number one issue for 30% of Americans, followed by healthcare (18%) and other issues (17%). 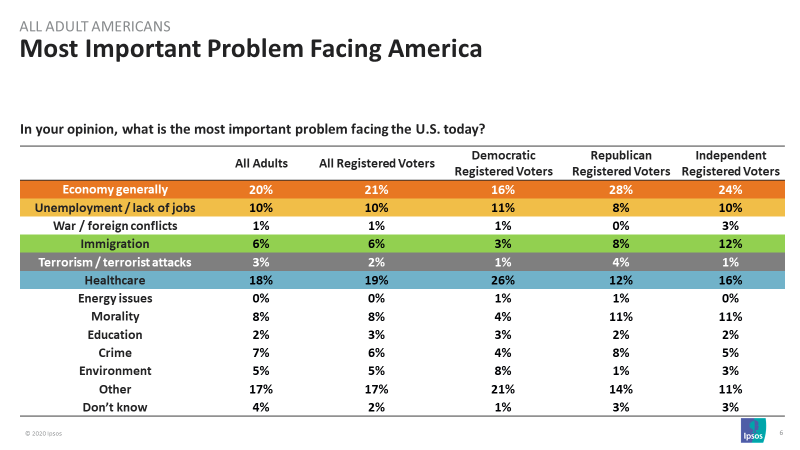 About two in five Americans approve of the job President Trump is doing as president (39%). A similar number of registered voters also approves (42%). 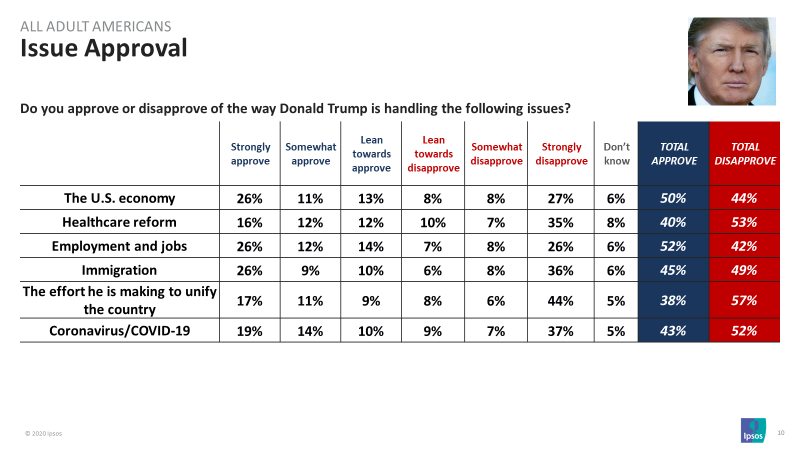