Washington, DC, June 17, 2020 –  The most recent iteration of the Reuters/Ipsos Core Political survey finds that the gap has widened between former Vice President Joe Biden and President Donald Trump in the race for the presidency. President Trump’s approval rating is beginning to show a downward trend. The number of Americans who say the country is headed in the wrong direction is at the highest levels of Trump’s presidency. The economy and jobs are the most important issue for about a third of Americans.

The number of Americans who say the country is headed off on the wrong track is at 65%, in line with the highest numbers Reuters/Ipsos has seen during Trump’s presidency. The number was 65% in the beginning of June of this year and in mid-August 2017, just following the Charlottesville “Unite the Right” rally. 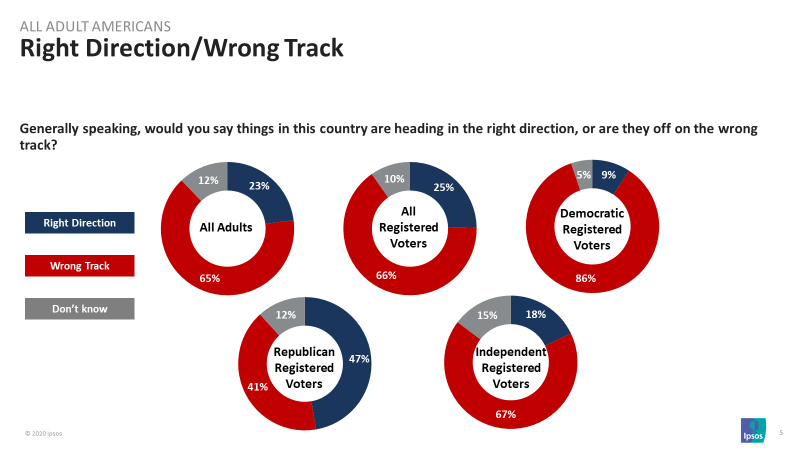 President Trump’s approval rating (38% among all Americans) is beginning to show a consistent downward trend since it reached its high point for the year in early April (45%). 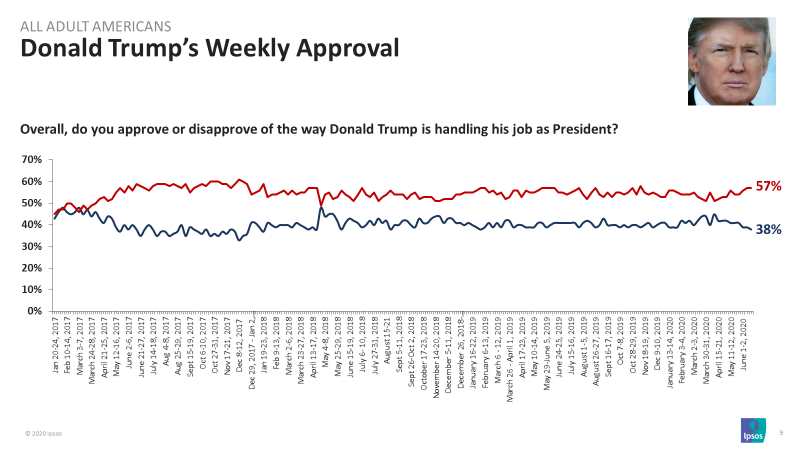 Former Vice President Joe Biden (48%) has a 13 point lead over President Donald Trump (35%) among registered voters when asked who they would support if the election were held today. 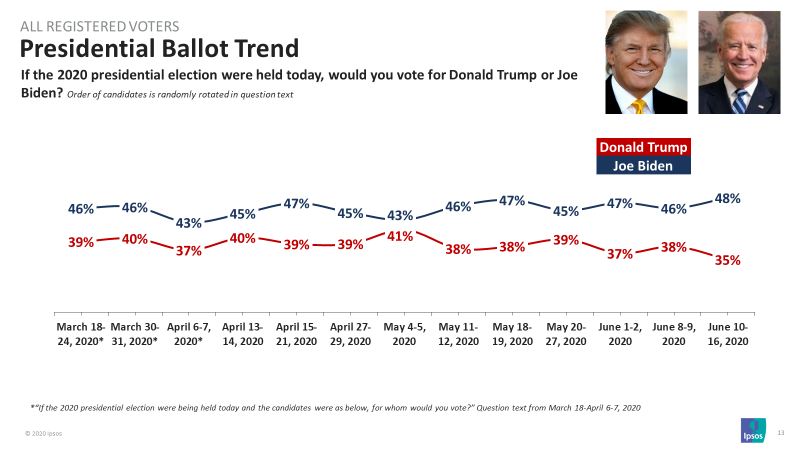 The economy and jobs remain the top of mind issues for 29% of Americans. 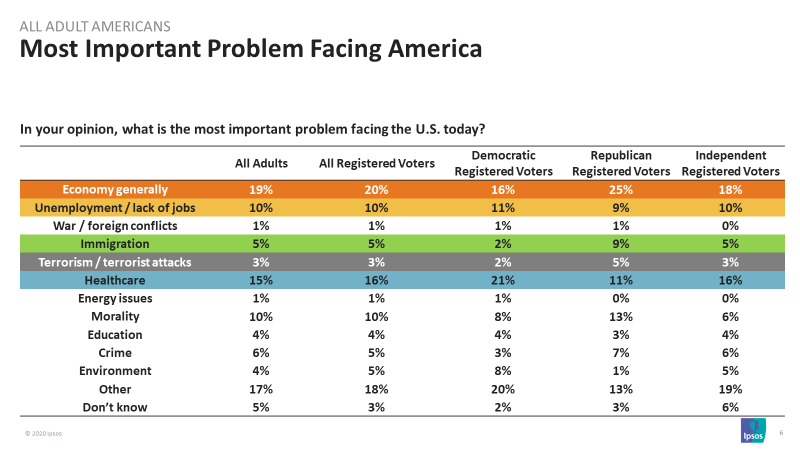