Washington, DC, July 1, 2020 –  This week’s Reuters/Ipsos Core Political shows Americans are increasingly pessimistic about the direction of the country as concern about the spread of the coronavirus increases. However, President Donald Trump’s approval rating continues to be low but stable; and while former Vice President Joe Biden continues to lead President Trump by a wide margin, the gap has narrowed slightly in the last two weeks.

Just 20% of Americans report that the country is headed in the right direction, the lowest number of the Trump administration. 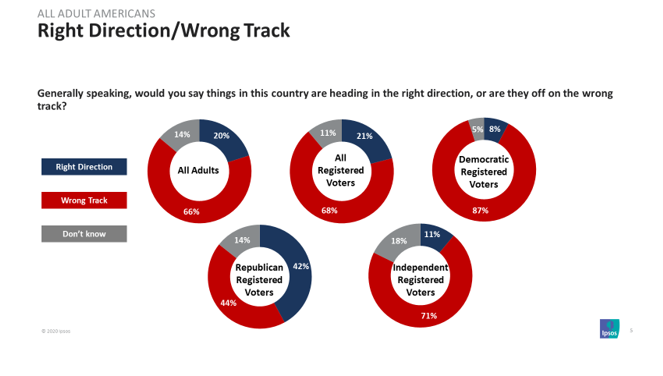 President Trump’s approval rating sits at 39% this week among all Americans, unchanged from last week. 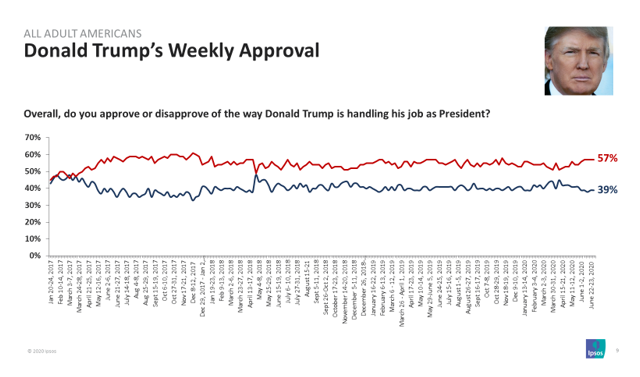 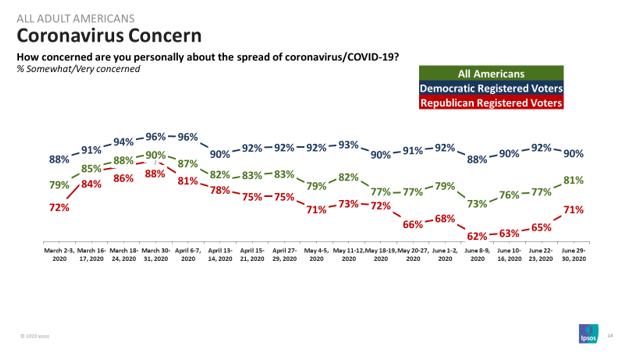 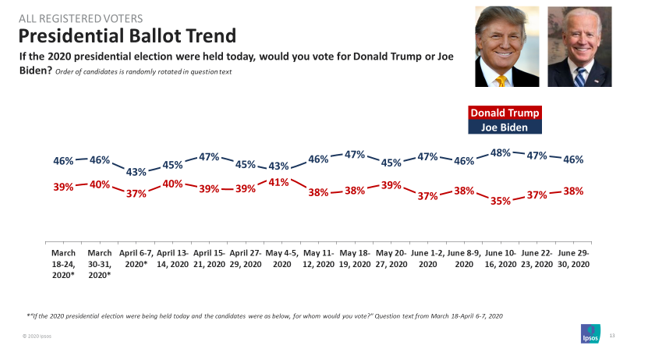