The third story from our Washington Post-Ipsos survey of Black Americans highlights the extent to which the COVID-19 pandemic has hit the Black community harder than other segments of America. This reality potentially explains why Black Americans have a much more cautious attitude towards the pandemic response than other segments of the population.

The second in a series of releases from the new Washington Post-Ipsos poll of African and Black Americans finds that racism and police treatment of Black Americans are top tier issues, they overwhelmingly support former Vice President Joe Biden this November, but their support is as much opposition to Trump as it is support for Biden.

Black Americans overwhelmingly support Joe Biden for president, at a 92 to 5 margin vs. President Donald Trump.

Looking forward, Black Americans have much higher expectations of Joe Biden if he were to win than they currently do of Donald Trump.

The first in a series of releases from the new Washington Post-Ipsos poll of African and Black Americans finds that while they overwhelmingly support the nationwide protests, many Black Americans are not optimistic it will produce lasting change, with most saying white Americans do not understand the level of discrimination they face.

Virtually all Black Americans (91%) support the protests that have taken place in cities across the country after the killing of George Floyd. 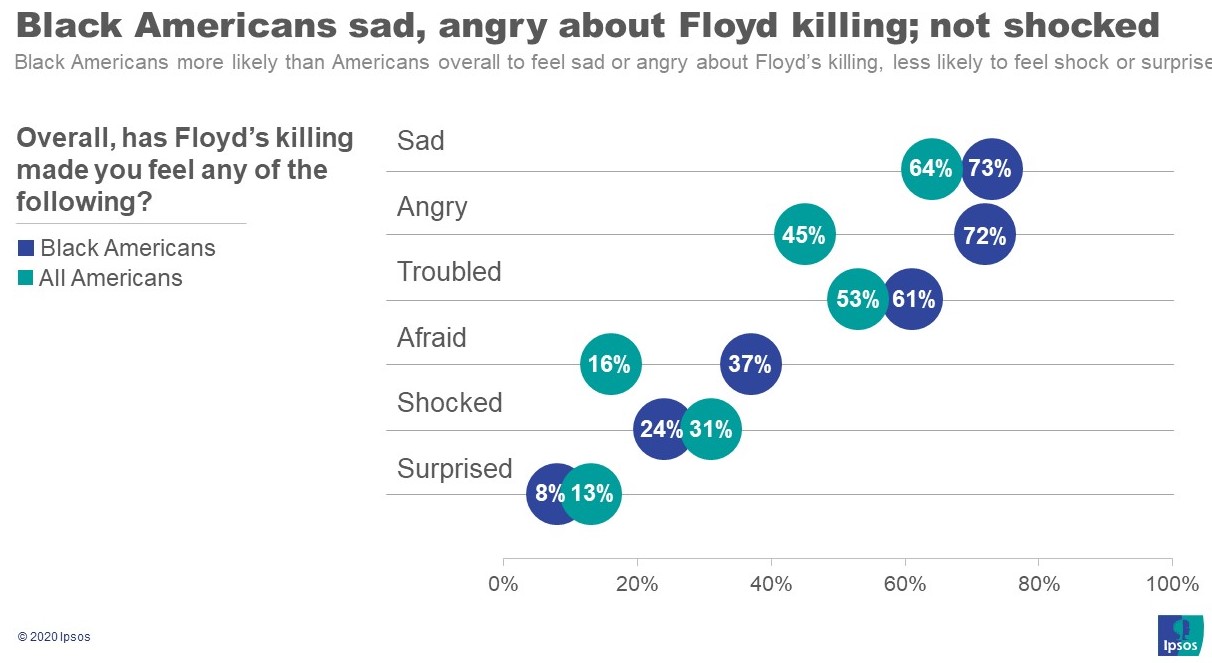 Ninety-four percent of Black Americans say the country needs to continue making changes to give Black Americans equal rights to whites, compared to 64% of the total US population. 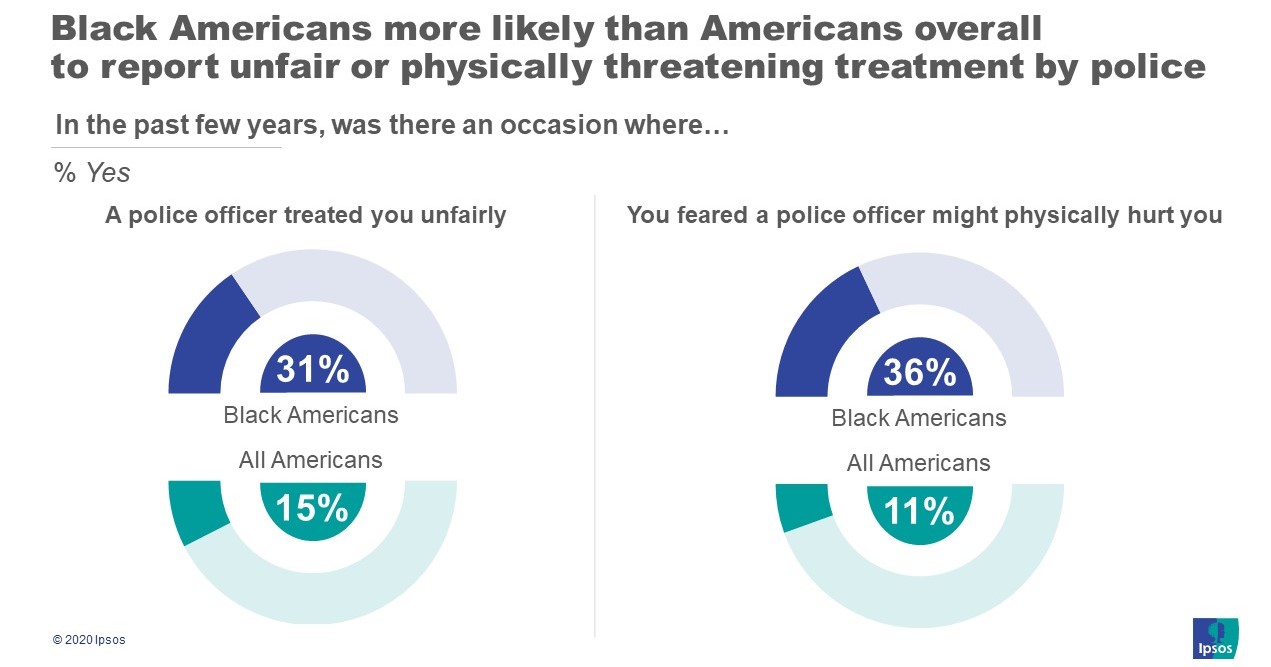 This poll was jointly sponsored and funded by The Washington Post and Ipsos. The poll includes a random sample of 1,051 adults in the United States, as well as a partially overlapping sample of 1,153 non-Hispanic black adults. Interviews were conducted in English and Spanish.

This survey uses statistical weighting procedures to account for deviations in the survey sample from known population characteristics, which helps correct for differential survey participation and random variation in samples. The overall sample and the non-Hispanic black sample were weighted separately to match the makeup of the respective population demographics by sex, region, metropolitan status, age, education and household income according to the Census Bureau’s 2018 American Community Survey. The overall sample included an additional adjustment for race/ethnicity. Benchmarks for metropolitan status were from the Census Bureau’s March 2019 Current Population Survey.

All error margins have been adjusted to account for the survey’s design effect, which is 1.7 for the non-Hispanic black sample in this survey and 1.2 for the sample of U.S. adults overall. The design effect is a factor representing the survey’s deviation from a simple random sample and takes into account decreases in precision due to sample design and weighting procedures. Surveys that do not incorporate a design effect overstate their precision.