Washington, DC, July 8, 2020 –  The latest Reuters/Ipsos’ Core Political survey shows that many Americans are unhappy with the direction of the country. Americans are also divided on the main issue facing the United States. Fewer than two in five Americans approve of President Trump’s overall job performance. As coronavirus cases surge around the country, President Trump’s approval rating on coronavirus has fallen to its lowest level. Looking toward the general election, former Vice President Joe Biden continues to lead President Trump among registered voters if the election were held today, although the race has narrowed in the last four weeks.

Two-thirds of Americans believe the country is headed in the wrong direction (67%), consistent with the last several weeks, and one of the highest numbers recorded of the Trump administration. 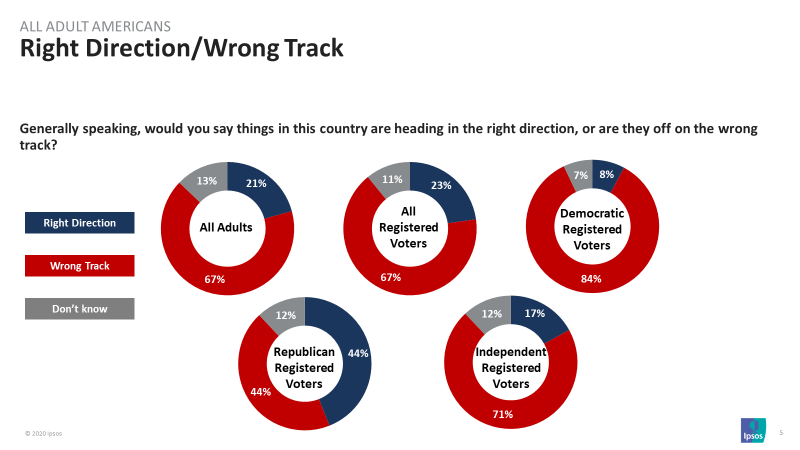 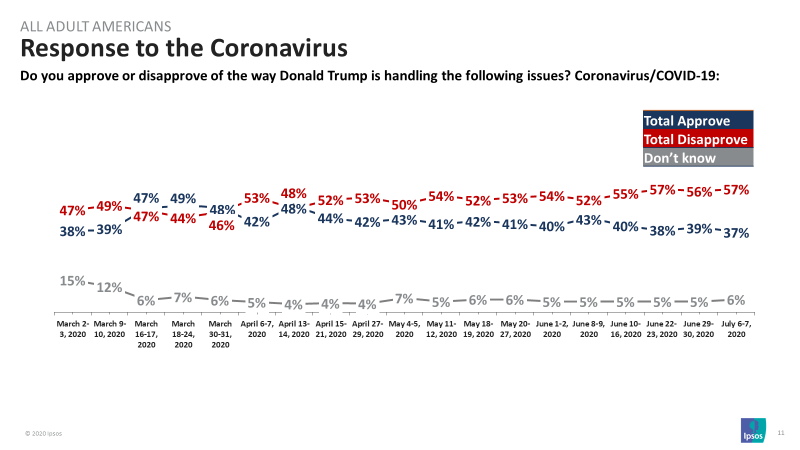 President Trump (34%) continues to lag behind former Vice President Joe Biden (40%) when Americans are asked who they would vote for if the upcoming presidential election were held today. 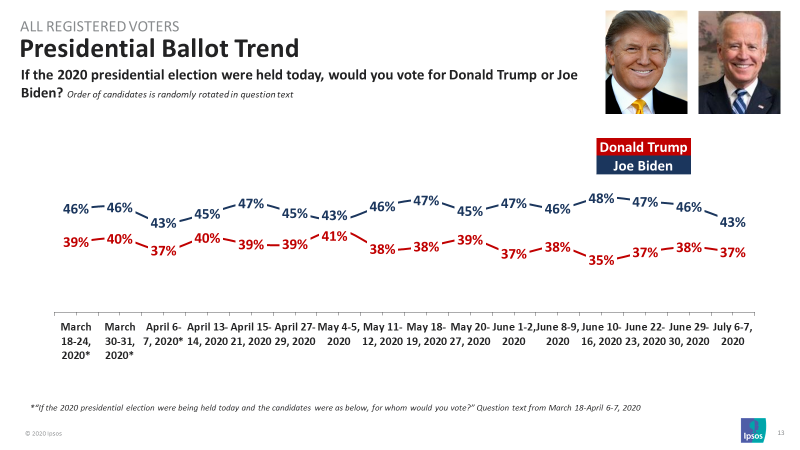 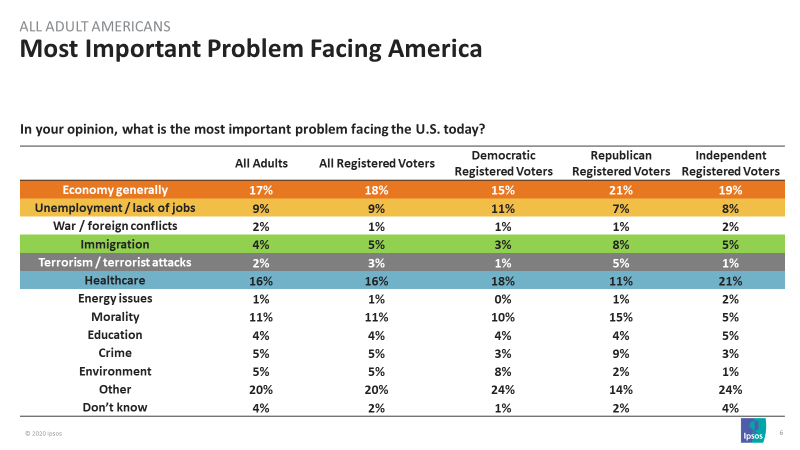