American dissatisfaction with the direction of the country remains at its all-time high during the Trump administration (67% say the country is on the wrong track).

Americans continue to differ on their perceptions of the main issue facing the country.

About two in five Americans approve of President Trump’s overall job performance (40%), and just 37% approve of his handling of coronavirus. 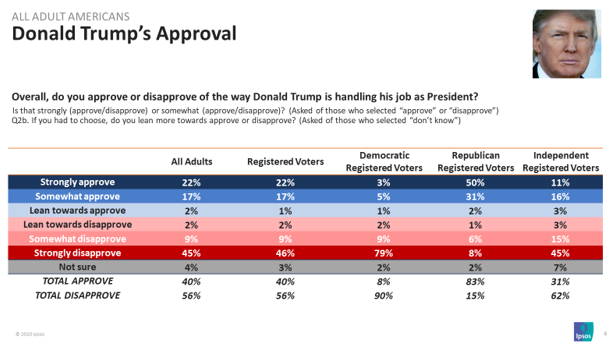 When asked who they would vote for if the presidential election were held today, nearly half of registered voters say former Vice President Joe Biden (47%) compared to 37% who say President Trump. 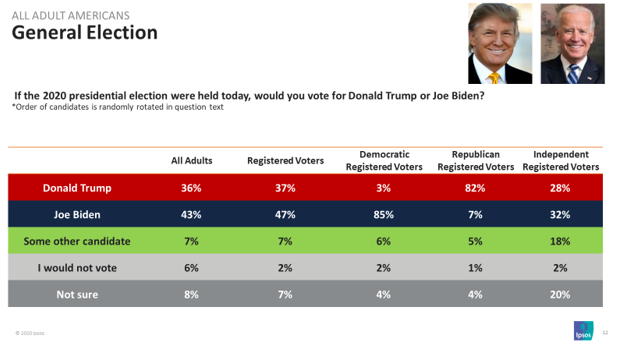