Washington, DC, July 29, 2020 –   The latest Reuters/Ipsos Core Political survey shows that Americans have reached the highest level of dissatisfaction with the direction of the country since President Donald Trump came into office. The economy, jobs, and healthcare are top of mind issues for many Americans. President Trump’s approval rating remains resilient but low. In the race for the presidency, former Vice President Joe Biden continues to lead over President Trump. 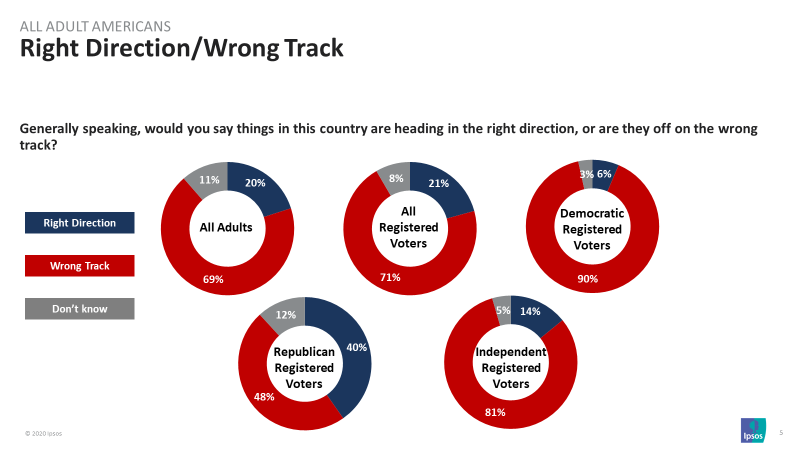 When asked about major issues facing the nation, Americans are primarily concerned with the economy and jobs (27%) and healthcare (21%). 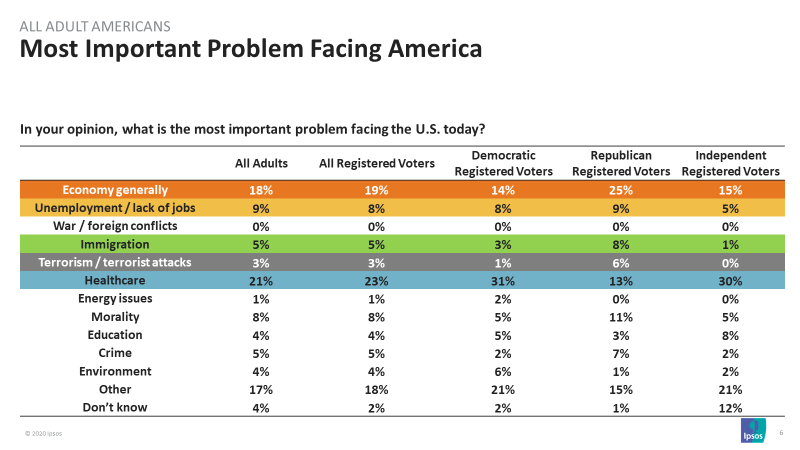 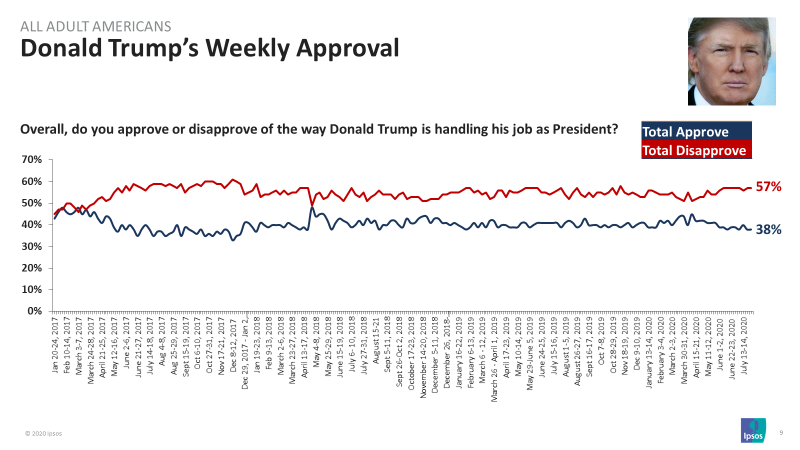 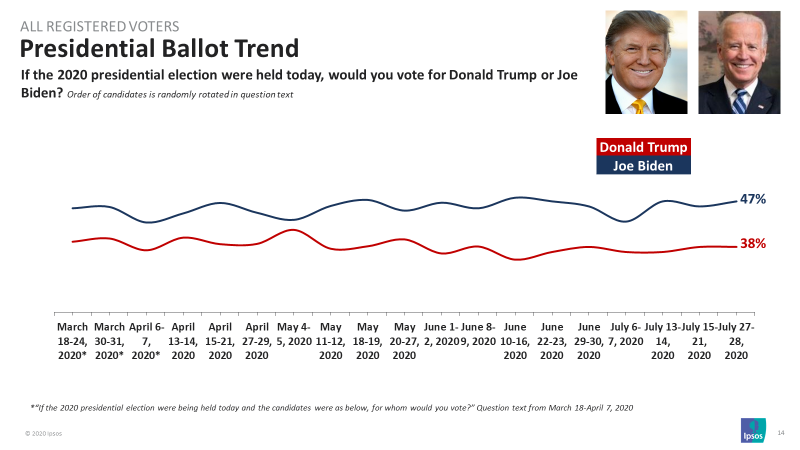